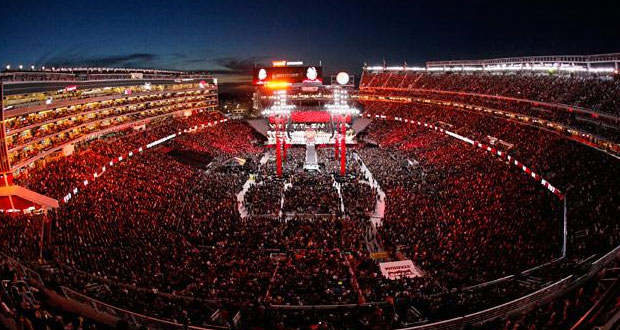 Wrestlemania XXXI was a show that had a lousy build up.  Three of the main event matches (Triple H vs Sting, Undertaker vs Bray Wyatt, Lesnar vs Reigns) featured part time talent that either appeared infrequently during the lead up to the show or in the case of The Undertaker – not at all.  There was all manner of problems anticipated with the World Heavyweight Championship match due to the fans rejection of Reigns as a main event babyface.  It looked like a wobbly card to say the least.

Happily, what we got was a surprisingly decent show.  The outdoor stadium setting gave the show a special feeling about it that was evocative of the classic pay per view Summerslam 92 from Wembley Stadium.  As has been the case in recent years, the WWE succeeded in packing out a monster sized stadium and brought the event to life with an enormous set and elaborate ring entrances.  The ‘Superbowl’ feel of Wrestlemania has never been done better.

As for the matches themselves, here’s a breakdown of the show and my two cents on how it went down. 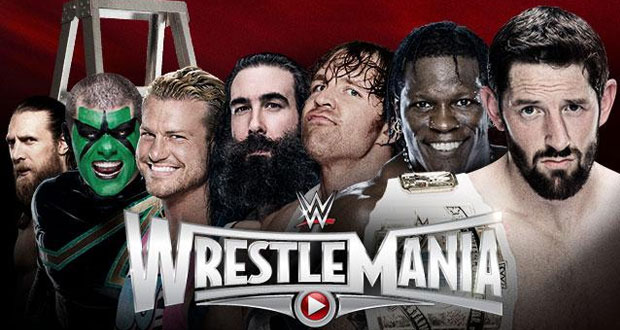 The show opened with the multi man ladder match for the Intercontinental Championship.  Although there were plenty of handy workers in this match and it was a well organized spotfest that transitioned smoothly from moment to moment, it never really hit the heights of the best Money In The Bank ladder matches in years gone past, let alone the famous TLC match from Wrestlemania X7.  In some respects, I don’t mind that the company has moved away from the arms race to perform dangerous moves multiple times over.  Particularly when I have little faith that they’ll succeed in recovering the lost prestige of the IC title.  As expected, Daniel Bryan won which was a wise booking choice to ensure the fans started the show in high spirits.

Bryan is an excellent worker and some observers have pinned their hopes on him being the man to restore a bit of lustre to the belt by defending it regularly against all-comers – ala Bret Hart in the Nineties.  Whether the WWE have thought that far ahead, we shall see. 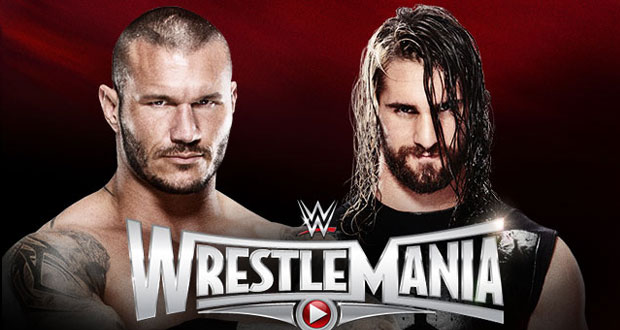 This match did not disappoint.  A recent sabbatical appears to have done wonders for Randy Orton’s motivation as he put in a solid match with Seth Rollins.  The two wrestlers threw everything at each other in a match that succeeded in elevating the stature of both men.  In the end, Orton picked up the win after a sensational curb-stomp counter into an RKO.  Rollins flying skyward and being caught on the way down by Orton was one of the memorable moments of the night.

Of course, hours later, we’d find out that it wouldn’t take long for Rollins to bounce back from this loss.

Who Should Win:  Seth Rollins
Who Did Win:  Randy Orton 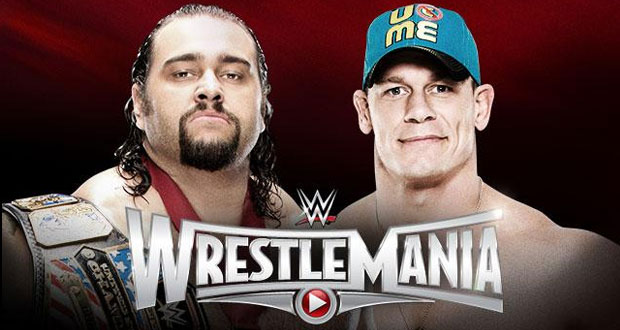 Rusev vs Cena will probably be remembered more for the entrances than the match itself which didn’t quite live up to the standard set at Fast Lane a month prior.  Rusev had a glorious entrance which involved a military parade setting the scene before the Bulgarian Brute arrived in a tank with Lana in tow, draped in fur.  Cena himself had a standard entrance but not before the WWE ran a patriotic propaganda video trumpeting American Values with footage of soldiers, star spangled banners and speeches from the likes of Reagan and Bush.  It was a magnificent piece of theatre to set the stage for this clash of nations.

Unfortunately, the match itself didn’t quite live up to its billing.  I couldn’t really fault anyone in particular.  For some reason the match never quite clicked into that fifth gear and ended rather abruptly when Rusev accidentally bumped into Lana and turned into an Attitude Adjustment for the one, two, three.  Cena won the US title on the eleventh anniversary of his maiden US title win over Big Show at Wrestlemania XX. 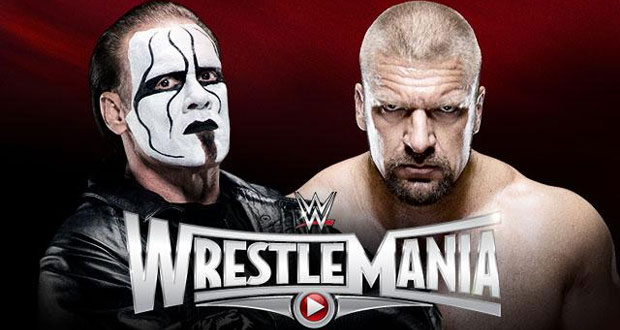 The weirdest and most unintentionally funny entrance of the night must surely go to Triple H for his incredibly cheesy Terminator get up.  Not far off it was Sting’s weird Oriental themed entrance which was simply puzzling.  The match itself was a gloriously overbooked schmozzle.  The crowd had plenty of appreciation for Sting and he won them over, throwing the best dropkick one could reasonably expected a 56 year old man to do.

The match descended into chaos when DX interfered on Triple H’s behalf and continuity was thrown out the window when the nWo came to Sting’s defence.  In the end, Triple H picked up the win when he struck Sting with a sledgehammer who was charging at him in an attempt to hit the Stinger Splash.

I started laughing when the ending went down.  Once upon a time, Triple H earned the ire of wrestling fans with his selfish booking and refusal to do the job when it made sense to do so.  He’s built up a lot of good will in recent times thanks to his involvement in the excellent NXT program but it amazes me how little has changed when he books himself in matches.  Triple H is no longer a full time wrestler but in recent years he has gone over CM Punk (right when he was red hot), Brock Lesnar and now Sting.  I have no idea why he is still so obsessed with putting himself over.  What has he got to prove?

Wrestlemania XXXI also featured another time honoured Triple H idiosyncrasy – he likes to play to the audience at his own convenience.  On this show, he wrestled as a heel, gave a post-match handshake to Sting as a babyface (even though he just cheated to win) and then less than an hour later, resumed his mantle as a heel when he was involved in a twenty minute promo with The Rock.  Never change, Triple H.  Never change.

Who I Said Would Win:  Sting
Who Did Win:  Triple H 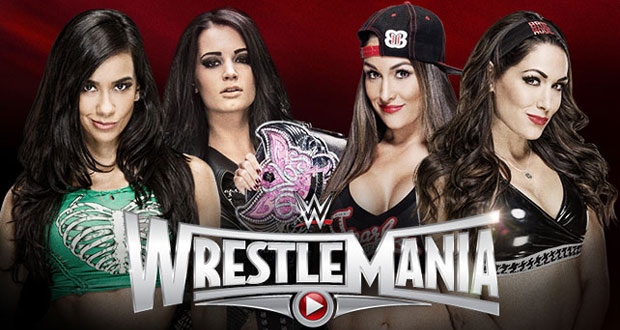 AJ Lee and Paige vs The Bella Twins

Thanks to a twenty minute promo with The Rock and Triple H and two musical interludes, this match got a whopping six minutes. 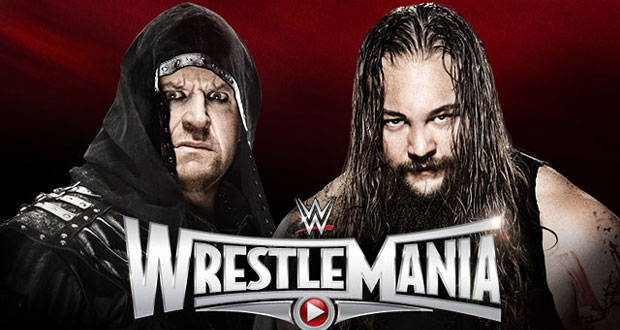 The Undertaker vs Bray Wyatt

Considering that the guy only works one match a year, The Undertaker vs Bray Wyatt was a curiously understated affair with the match not receiving any sort of pre-match video package or interviews from the Dead Man.  How does he feel about the loss to Brock Lesnar.  What does this match mean to him?  How much longer does he intend to wrestle?  We’ve no idea.  He just came in, worked a completely passable but unremarkable match with Wyatt, picked up the win and went home.  Strange to say the least. 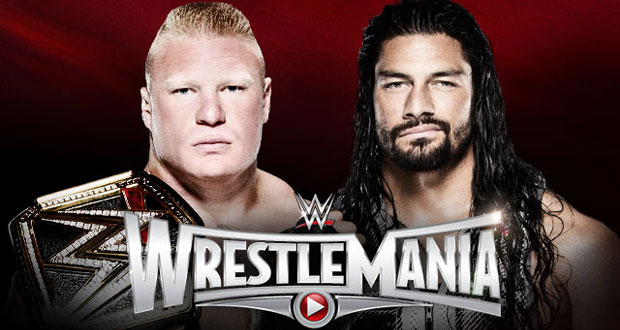 I think you can make a pretty good case for Brock Lesnar being one of the best big men ever to step in the ring.  He works a unique, MMA influenced style that makes him stand out from everyone else.  His matches have an intensity that make you sit up and take notice.  His moveset is absolutely brutal looking.  He isn’t afraid to sell and bump like a madman to get his opponent over.

The Wrestlemania XXXI main event is another feather in the cap for Lesnar who absolutely monstered Roman Reigns from the opening bell, hitting his signature F5 within a minute of the match.  He continued to absolutely destroy Reigns and carry the match.  Reigns for his part took the beating admirably and may have won over some fans with the Tommy Dreamer-esque beating that he received.

Reigns’ big comeback at the end of the match was made all the more effective thanks to Lesnar busting his head open the hard way when he bumped against the ring post.  Lesnar appeared punch-drunk and wore the proverbial crimson mask which made the spectacle of Roman Reigns’ last gasp assault look all the more spectacular.  Alas, it wasn’t to be for Reigns as Seth Rollins’ music hit Levis Stadium and the crown jewel of The Authority stormed the ring and made Wrestlemania history by being the first person to cash in the Money In The Bank contract, delivering a curb stomp to Reigns and stealing the title away from Lesnar.

It was a spectacular match with a thrilling finish that helped raise the overall stature of the show.

Who I Said Would Win:  Roman Reigns
Who Will Win:  Seth Rollins

The WWE have had a pretty dismal 2014 where they failed to capitalize on the potential of a lot of their new stars.  In isolation, this Wrestlemania was an excellent show with no dud matches and plenty of highlights.  The fact remains that there are still a lot of problems with the company which seems dangerously reliant on ever-aging stars of yesteryear to fill the top of the card.  The stakes will only get higher in the next twelve months as the company will be hosting Wrestlemania XXXII at AT&T Stadium in Texas which has a capacity of 100,000 people.  Naturally, the likes of The Rock and The Undertaker will be leveraged to help put bums on seats but you have to believe that they’ll need to pull the trigger on the likes of Dean Ambrose, Seth Rollins, Daniel Bryan and others to sell the place out and move the WWE into the future.  Time will tell.