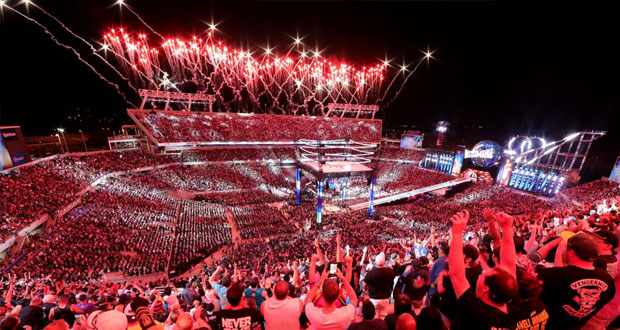 The Hardy Boys returned, Goldberg was defeated cleanly for the first time in his career, John Cena proposed and The Undertaker retired at an eventful and exciting Wrestlemania show where most of the top billed stars were popular performers from the turn of the century.

Here’s a run down of the results. 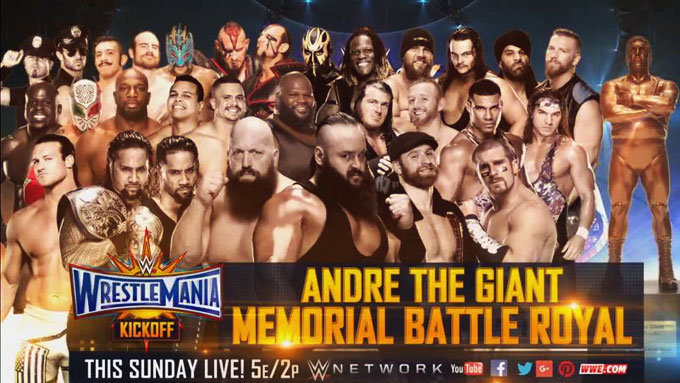 This match had the strangest final three competitors with Mojo Rawley, Jinder Mahal and Titus O’Neill standing tall after the much more fancied Braun Strowman, Big Show and Sami Zayn had been eliminated.  Mojo would eventually win after some interference from an American sports celebrity called The Gronk distracted Jinder Mahal.

This strange and out-of-left-field booking was reminiscent of Zack Ryder winning last year’s Intercontinental Championships ladder match.  Perhaps this will be part of a new Wrestlemania tradition to show that ‘anything can happen’?  Like Ryder last year, I don’t actually expect the company to do anything with Mojo after this.

Who I Said Would Win:  Braun Strowman
Who Did Win:  Mojo Rawley 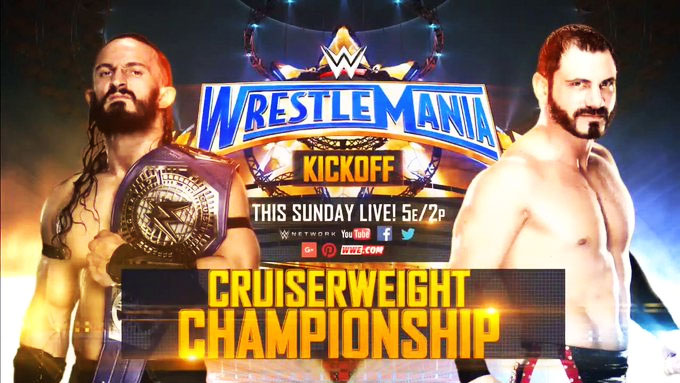 What is about the WWE and their inability to effectively book a cruiserweight division?

Who I Said Would Win:  Austin Aries
Who Did Win:  Neville 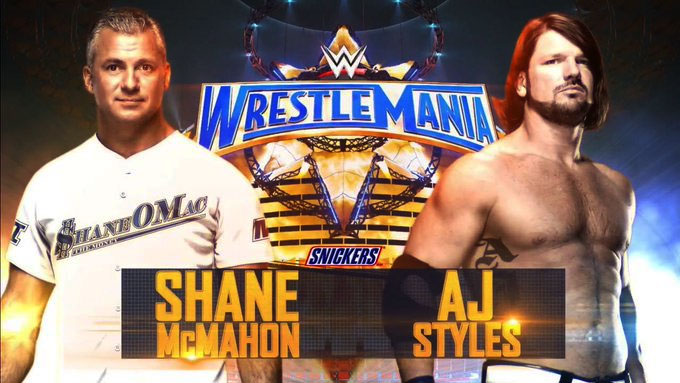 Fans responded pretty positively to this match whose highlights included Shane doing a shooting star press, a Van Terminator and a dive through a table.

I thought the match was okay but the booking annoyed me to no end as Shane was basically shown to be AJ’s equal when it came to mat wrestling and toughness.  Shane is also able to get himself over by using half a dozen high spots that few other wrestlers would have the freedom to incorporate into their own matches.  This was by no means a bad match but it still felt like a wasted use of AJ Styles after the year he had. 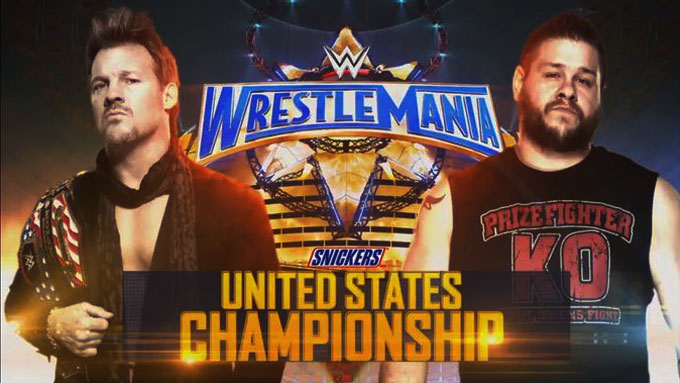 This was a perfectly serviceable match that didn’t really reach the heights that either wrestler is capable of.  It was definitely a match that could’ve used a bit more time.  The ending (Owens pinned Jericho after powerbombing him on the ring apron) seemed to come out of nowhere.

I’d say that Chris Jericho is actually something of a Wrestlemania underperformer.  He’s one of the most talented wrestlers of his generation but his best Wrestlemania match was against Shawn Michaels at Wrestlemania XIX and he hasn’t had anything else come close to that quality ever since. 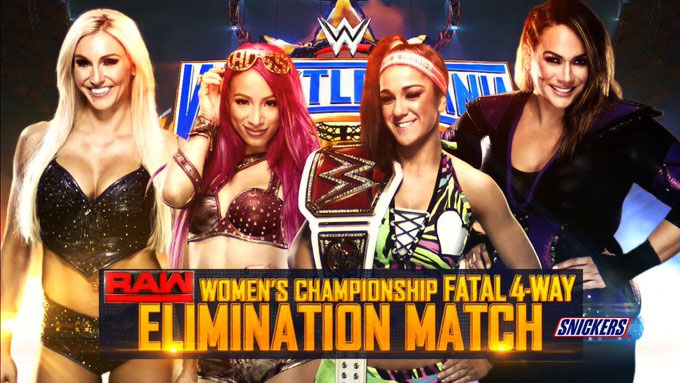 This was a short but fantastic match that desperately needed another 5-10 minutes.  There was a fun opening segment where Sasha, Bayley and Charlotte had to work together to overcome Nia Jax.  After that, the three remaining women put on a fun showcase where Charlotte in particular outshone her opponents with some extraordinary feats of athleticism.  Bayley would go on to retain the title in a moment that would’ve meant so much more if she had gone into the match without the belt. 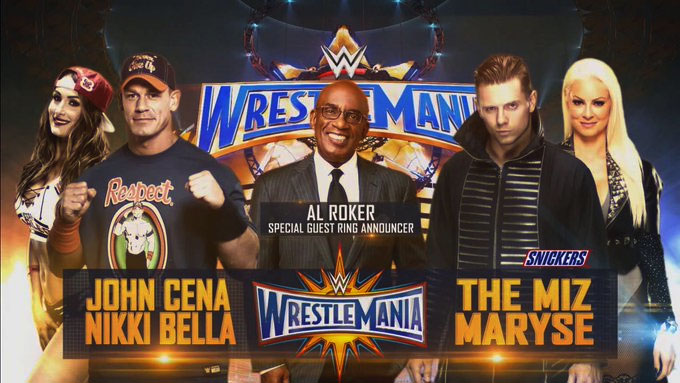 John Cena and Nikki Bella vs The Miz and Maryse

Literally what everyone expected to happen, happened.  Cena and Nikki won a short match and then Cena proposed post match.

Be careful opening the wedding gift from Jake the Snake, guys. 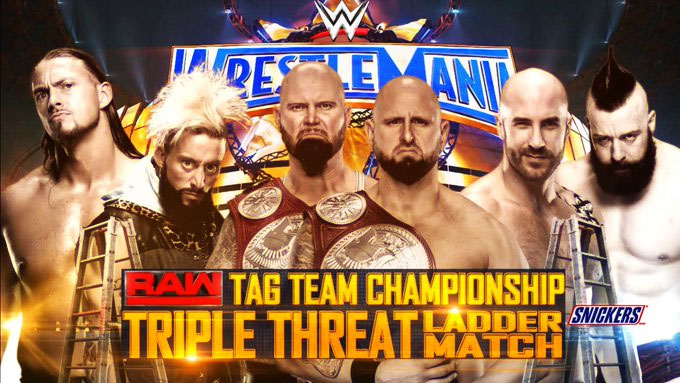 The biggest pop of the night came from the Raw ladder match when hosts New Day announced the addition of the Hardy Boyz into the match.  They came out to a deafening pop and won the tag titles in an entertaining match that featured a signature death-defying leap from Jeff Hardy.

I’m starting to think that Enzo and Big Cass will never have their moment with the titles.  They’re a pretty one note act that are only going to get staler from here and now they’ve been totally eclipsed by the Hardyz.

Who I Said Would Win:  Enzo and Big Cass
Who Did Win:  The Hardy Boyz 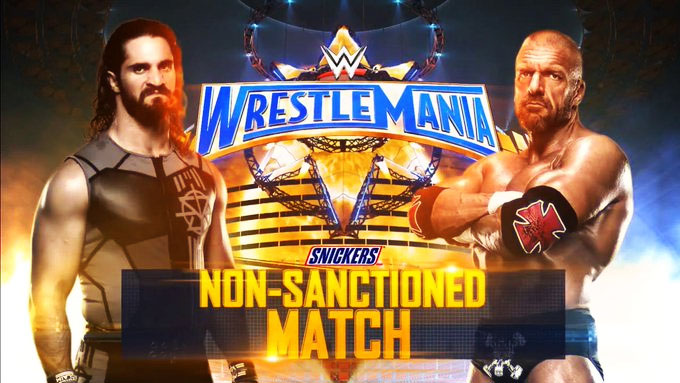 This was a perfectly okay match but unfortunately the crowd suffered a bit of fatigue after the Raw tag team ladder match so they were pretty quiet for long portions of this match.  At least Triple H did the right thing and did the J-O-B.

Who I Said Would Win:  Triple H
Who Did Win:  Seth Rollins 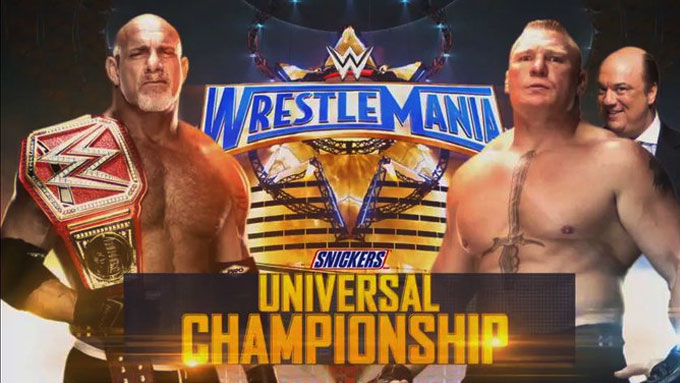 These guys worked a five minute match which is twice as long as they normally go!  Lesnar won after flinging Goldberg around with ten german suplexes, handing him his first ever clean defeat.

It was more or less the best possible match these guys are capable of having.  Now Lesnar is expected to nap until Summerslam where he hands the belt over to Roman.  Let’s hear it for part time wrestlers! 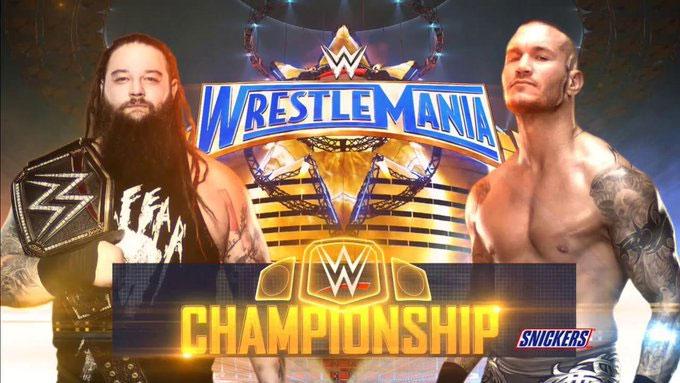 Randy Orton won a short, rather unremarkable match that wasn’t really the epic climax that this months long feud deserved.

It’s kind of strange to think that Orton has now won 13 heavyweight titles in his career.  He’s more than doubled the number of reigns of wrestling legends such as Bret Hart, Shawn Michaels and Hulk Hogan but he really has a paltry number of memorable matches and feuds to justify this lucrative career that he’s had.  He connects well enough with the fans but that seems to rarely translate into classic matches and that was the case again here.

The weird thing is that while John Cena looks like he could finally be winding down his career what with Hollywood knocking on his door and fatigue from so many years on the road, Orton still seems like he has many, many years left in the tank.  It seems likely that when its all said and done, he may well end up as the wrestler with the greatest number of world title reigns in history. 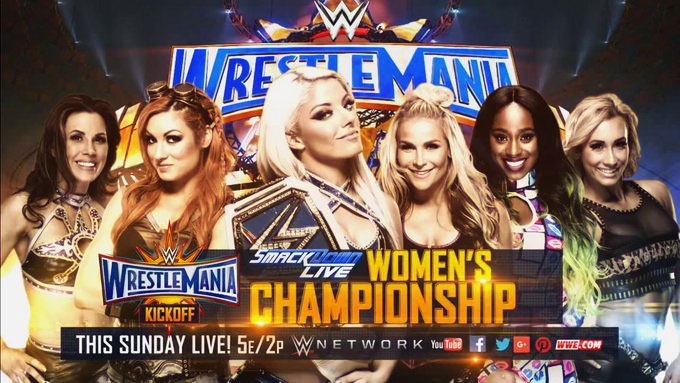 Naomi got her Wrestlemania moment and the match wasn’t cancelled as we all feared it would be during the broadcast.  Yay!

Who I Said Would Win:  Alexa Bliss
Who Did Win:  Naomi 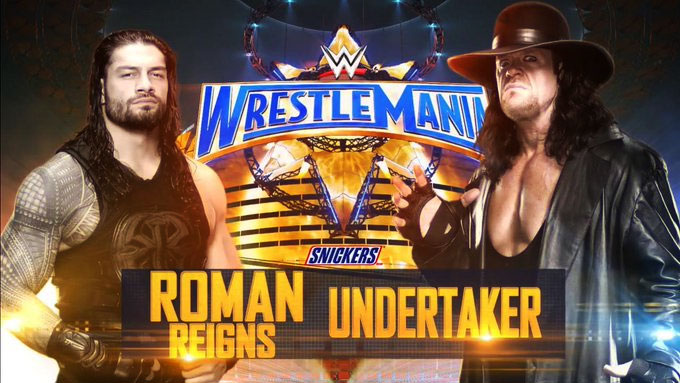 There was a time when fans would indulge in fantasy booking, trying to decide how Undertaker’s career should end.  Should he retire undefeated at Wrestlemania?  Should his final opponent be John Cena?  Or maybe Kane?  Who is deserving of the ultimate rub that comes from defeating such a legend of the industry.

In the end, Undertaker went out putting over two wrestlers at Wrestlemania – Brock Lesnar (WM30) and Roman Reigns (WM33).

The match with Roman Reigns was a sad spectacle, with a visibly aged Undertaker working a sloppy and error riddled contest.  It was a far cry from the classic matches he had with the likes of Shawn Michaels and CM Punk.

Undertaker retired getting the reception he richly deserved for such a long and storied career.  What they do with Roman Reigns for being the one to retire Undertaker remains to be seen.  If they actually lean into the nuclear heat that he’s getting from fans and let him have a run as a heel, then they’ve got something on their hands.  If they have Roman go out night after night pretending that he’s soaking in cheers….well, it seems like a crazy waste of Undertaker’s torch-passing moment. 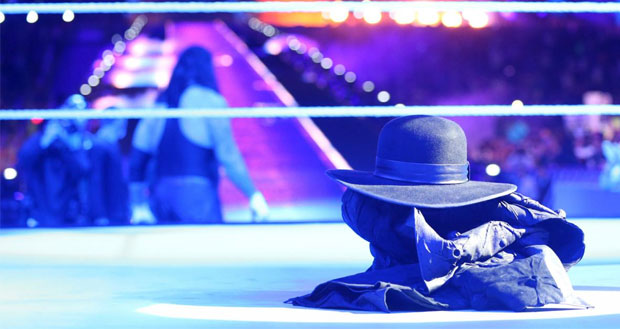 Wrestlemania 33 reminded me of a mid-Ninteties WCW pay-per-view with its terrific undercard and lousy main event scene which is clogged with aging stars hogging the limelight.  I’m sad to see Undertaker go but his retirement will definitely free up one of the marquee 20 minute spots at the top of the card which will hopefully be put to use pushing younger stars in the future.  Likewise, I hope that once Roman reclaims the title from Brock Lesnar we can move forward with a new generation of stars feuding over the title instead of the same handful of aging talent that have no business being there.  If Wrestlemania 34 can be headlined with matches that don’t involve Triple H, Brock Lesnar, Goldberg, Undertaker, Sting or any other holdovers from wrestling in the late Nineties/early 2000s, I’ll be happy.

Previous: The Legend of Zelda – Breath of the Wild
Next: Rugby In Australia Is Pretty Much Finished