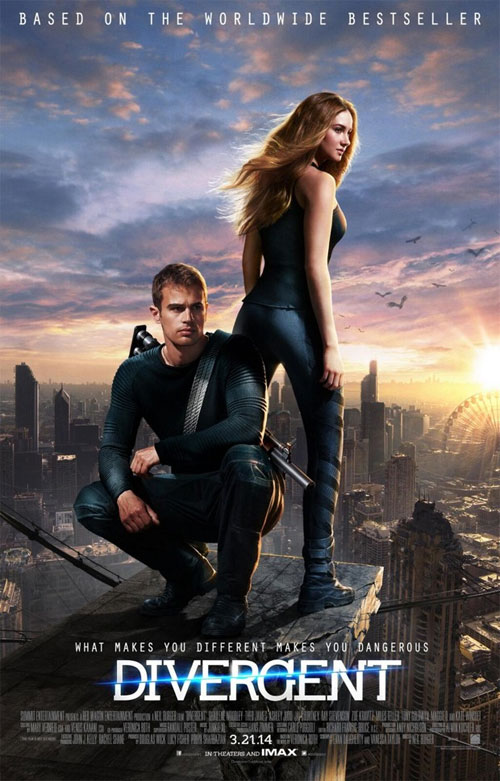 Think of all the great science fiction films of the last hundred years that have been born out of a single idea that captures the imagination.  Robots that are unrecognizable from humans.  Aliens invading from another planet.  Time travel.  The ability to move objects with your mind.  Space exploration.

Even some of my favourite B-grade sci-fi films like Equilibrium and Cube, are films that have pretty rough productions values but they have such an exciting and interesting concept at their core that I end up getting invested in the story and the characters.

Divergent is the latest adaption of a Young Adult book series that has clearly been earmarked for production by people who have designs on creating the next Hunger Games or Twlight.  In the modern Hollywood gold rush, there’s money in dem Young Adult literature adaptations.

The sad thing is, by the time the credits rolled, I still don’t think I really understood the concept that exists at the heart of Divergent. 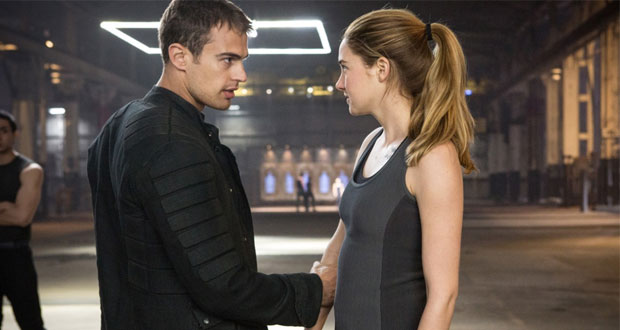 Allow me to try and explain:  In this dystopian future which I assume is Earth, humanity has been ravaged by a new World War that has reduced civilization to rubble.  There exists however, a single society that has managed to survive and rebuild.  They erect high walls around their city which protects them from an unidentified danger.  Within the walls, they divide their new population into five categories – Abnegation (selflessness), Amity (the peaceful), Candor (the honest), Dauntless (the brave) and Erudite (the intelligent).  You can only belong to one faction.  When children come of age and enter adulthood they participate in a mandatory test to identify which faction they should belong to.  Then, they are allowed to completely ignore the results and pick one for themselves.  Then you must always stay in that faction and never mingle with the others, which effectively means a sudden separation from family and life long friends.  This will ensure a lasting peace and allow civilization to rebuild and prosper.

Does any of that make sense to you?  Can you honestly imagine the war ravaged remaining survivors of the human race deciding that this would be in any way helpful or rational.  Why would they think lumping all the academically brilliant people or all the athletically gifted people together would make them co-exist more peacefully?  My understanding is that this civilization is made up of normal, mentally sound human beings so why does everyone lose their mind and go into a panic when it is revealed that Tris Prior, the film’s protagonist, has *gasp!* more than one personality trait.  No kidding.  Even your garden variety personality quiz in a tabloid magazine allows for you to exhibit traits across several different personality profiles.

I think I would be more accepting of this bizarre social construct if it was explained to be the whims of a mad dictator or something.  Not a mutually agreed system by all involved.

I found it quite difficult to get invested in Divergent because so little of its universe made sense.  We follow the fortunes of Triss who leaves behind her peace loving Abnegation family to start a new life in Dauntless – the athletic and physically active faction.  The Dauntless have been tasked with providing the military force that protect the city.  This might make you think that the Dauntless are an orderly and regimented community that are dedicated to developing an army of disciplined combatants.  You’d be wrong.  There are obviously adults in The Dauntless only they seem incredibly few and far between and none of them seem to have positions of authority or influence in training new inductees.  Instead this task falls to a couple of twenty-something adults who have smoldering good looks and treat the inductees as though they are being initiated in a frat house.  They arbitrarily cut a certain number of new recruits for no reason and their training camp seems to involve ad hoc bare knuckle fights between grossly mismatched contestants such as a muscle bound heavyweight male and, well, Shailene Woodley.  Maybe there’s a perfectly good reason for Dauntless to operate like this but its never explained to the audience.  Instead, you’re just left to puzzle over what is going on.

As you may have guessed from the film’s title and its inspiration from films such as The Hunger Games, this new social order begins to collapse when its cracks are exposed thanks to the virtues of the brave, young heroine protagonist.  Tris Prior is played by Shailene Woodley who I was first introduced to in Alexander Payne’s excellent Hawaiian family drama The Descendants.  Woodley was terrific then and she does a pretty good job working with the material that she has.  Tris is inexperienced and a little uncertain of herself when we first meet her but as she begins to find her feet and rises to the demanding challenges laid before her by the Dauntless troop leaders, she becomes a competent warrior and eventually, a leader amongst her peers.

The supporting cast in Divergent is, sadly, not nearly as engaging.  Tris has four friends that she develops in the training camp – Christina (played by Zoe Kravitz) and three guys who I could barely distinguish.  I didn’t catch their names, I didn’t catch any distinctive personalities, I didn’t really get anything.  I assume they have more fleshed out characteristics in the book or ‘they become important later on’ but its a pity that they all add so little colour to the proceedings.  Most of the time, they seem to function as a gaggle of extra narrators.  “If you don’t win the next challenge, you’ll get kicked out of Dauntless!”  “Don’t forget, the rules state that you can’t mingle with other factions Triss”

It’s clear that Divergent is only an introduction to what will be surely be at least a trilogy of films.  We don’t find out whats beyond the wall.  The love interests barely get going.  There are more questions raised than answers given.  I’m not sure I’ll be along for that ride though.  The film desperately lacks character and I don’t really buy its main premise.  Divergent looks like a poor man’s Hunger Games and it is.

Summary : Another year, another monied Young Adult literature adaptation. I really like Shailene Woodley and I think she deserves better than this material.