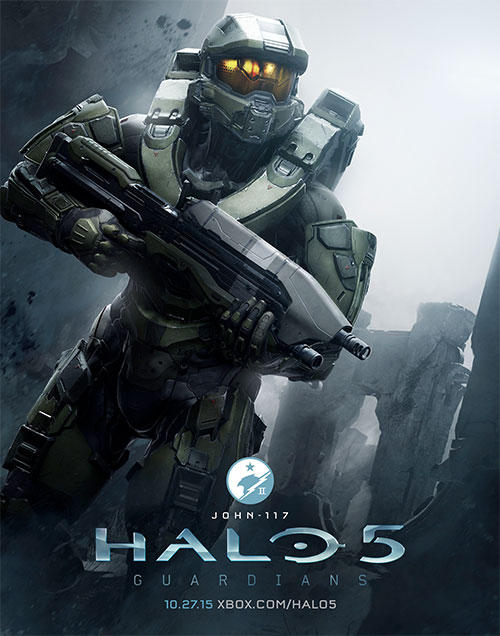 Master Chief is not what he used to be.

In Halo 5: Guardians, Master Chief is on the run with his squadron Blue Team, desperately trying to track down the whereabouts of his old AI companion Cortana so he can save her.  Hot on his tail is a team of new Spartans named Fireteam Osiris – lead by Jameson Locke – who want to put a stop to Cortana’s plans of launching an army of sentient AI creatures who can control the universe.  These conflicting interests threaten to pit one Spartan against another.

Guardians is the middle chapter in the second trilogy of the Halo games and it very much feels like this franchise’s own version of The Empire Strikes Back.  The campaign starts halfway through a narrative arc and it doesn’t finish in particularly decisive fashion.

Taking on the development of Halo was always an unenviable task and something of a poisoned chalice for 343 Industries who became the custodians of the franchise after original developers Bungie moved on from their publishing relationship with Microsoft.  It’s a prized game franchise to work on but how to balance the expectations of an ardent fan base with the need to introduce a new generation of fans who currently favour the likes of Call of Duty and Battlefield?

As far as the campaign mode is concerned, 343 Industries haven’t shied away from expanding on the series’ lore, adding in a host of new faces and colouring in the existing characters with far more detail than we ever previously had.

With the Bungie Halo games, a lot of the backstory was relegated to peripheral material – spin off novels and the like – while the games themselves were relatively stripped back of detail and dialogue. 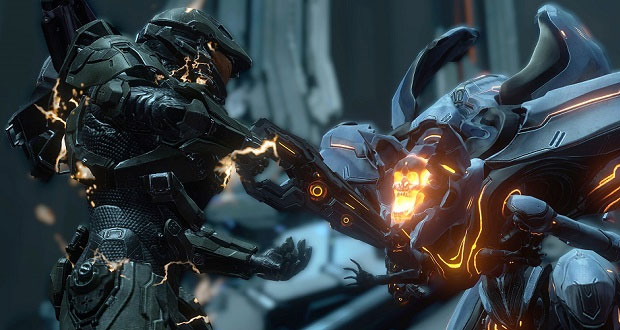 I don’t think I’m necessarily adverse to the idea of having more story in Halo, but I feel that 343 Industries have traded away a lot of mystique without having much to show for it.  Master Chief is no longer a lone wolf and now works with companions Linda, Kelly and Fred (they seriously couldn’t come up with more exotic sounding names?).  Instead of a single Spartan we have dozens.  Cortana has switched from being a quick witted AI companion to an emotionally turbulent (and strangely sexualized) villain.  Master Chief was previously soft spoken and could function as an avatar for any player whereas now he has his own distinct but rather unremarkable personality.

Halo 5 is a perfectly functional and adequate shooter but its not much more than that either.  The campaign mode is not the worst in the series but its far from the best.  The addition of AI Spartan companions add a new wrinkle to the gameplay but it is very slight.  You can comfortably breeze through most of the game neglecting to give them any instructions without any impediment to your progress.

The campaign mode’s biggest crime is its constant recycling of the game’s big bad – Warden Eternal – who appears not once but a mind numbing five times.  There isn’t really much variation in these encounters either.  Frustratingly, Warden Eternal has a vulnerability spot on his back which is where it would be handy to have your Spartan allies draw some covering fire so you could flank him but I found the companion AI was rarely able to enact this sort of strategy.

The campaign mode splits its time between Master Chief and Locke.  This is not the first game in the series to let you play as someone other than Master Chief but I suspect most people won’t be particularly swept away by Locke and his team.  They’re blandly inoffensive in a Saturday morning cartoon super hero kind of way.

Multiplayer has always been the lifeblood of Halo games and with Guardians, 343 Industries have strived to deliver a broader level of appeal by revisiting some classic maps in the series as well as adding a new mode called Warzone.  Happily, they have avoided the disasterous connection issues that plagued their Master Chief Collection game last year.  Technically, Halo 5 is sound as a pound.

Not unlike the campaign mode, the multiplayer is perfectly serviceable but clearly the wave of hype and popularity that accompanied Bungie’s Halo games has long since subsided.  There was an alarming drop off in the number of regular players when 343 Industries first took over with Halo 4 and I suspect this game isn’t the one to win them back.  It looks like most Halo migrated with Bungie to Destiny and left the Halo franchise with a decimated userbase. 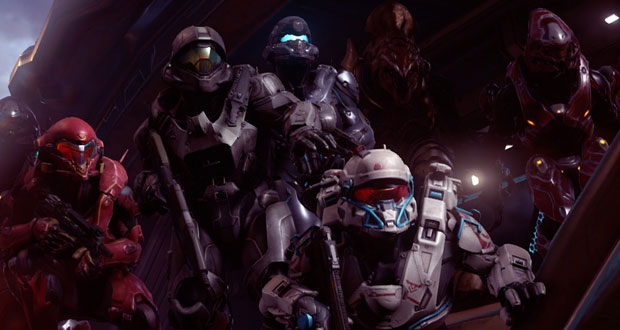 I’ve put over a hundred hours into Destiny, a game that has plenty of shortcomings but still feels like a very natural successor to Halo.  Halo 5: Guardians, looks like Halo, plays sort of like Halo but somehow captures none of the predecessor’s magic.  I don’t think there’s necessarily any glaring issues with Guardians and yet it doesn’t scratch that Halo style itch the way Destiny does.  And this is 343 Industries challenge to unlock.

Under 343 Industries, the Halo franchise feels like it has begun a slow decline towards irrelevance.  Its hard to imagine Microsoft’s flagship franchise ever completely falling away and it still remains a recognizable brand and a game that sells in the millions of units.  But a couple of months after launch I don’t feel as though anyone in the gaming community at large is talking Halo.  It is no longer a pioneer for first person shooters on consoles and it is no longer part of the gaming zeitgeist.  It is becoming a regular, run of the mill shooter.  The Chief is becoming a shadow of who he used to be.

Summary : There isn't anything particularly bad about Halo 5: Guardians but Bungie casts a long shadow over its modest accomplishments.