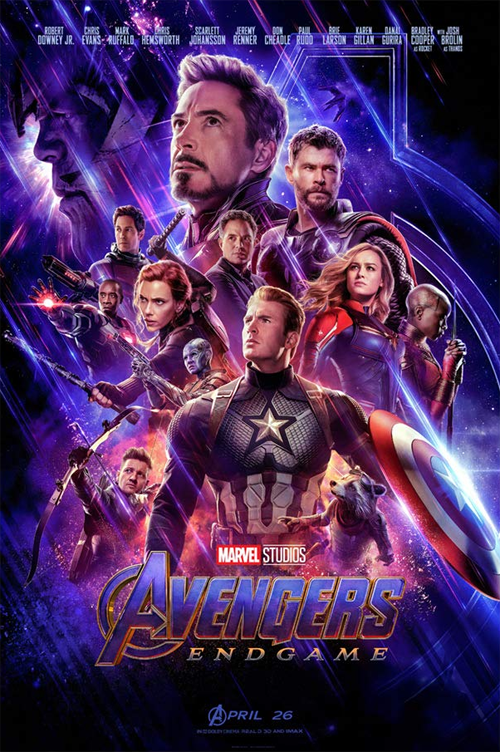 They did it.  Twenty two films in the making, this is the final chapter of the Infinity War and the culmination of Iron Man and Captain America’s story arcs in the Marvel Cinematic Universe.  End Game carried the expectations of millions of fans worldwide.  Its three hours long and needed to fit in approximately two dozen super heroes.  Somehow, despite all that weight, they pulled it off.

It’s not as easy as it looks.  Film and television history is strewn with cautionary tales of pop culture hits that didn’t stick the landing with their final chapters – Lost, The Matrix, Game of Thrones etc. – but Kevin Feig, the Russo Brothers, the screenwriters and the cast of the MCU have emphatically delivered an entertaining and satisfying conclusion to one of the longest running and most ambitious stories in cinematic history.

End Game picks up weeks after the memorable ending of Infinity War where Thanos succeeds in securing the Infinity Gauntlet and affecting the Snap.  Captain Marvel, Iron Man, Thor and a handful of the remaining survivors band together and decide to seek out Thanos.  When they find him, he reveals he has destroyed the stones so the Snap cannot be rolled back.  This enrages Thor who decapitates Thanos.  I like how even at this late stage, there is a willingness with the screenplay to up-end audience expectations.  Who predicted Thanos would be killed a mere 30 minutes into End Game?

Five years later, Scott Lang (aka Antman) returns from the Quantum Realm and theorizes to the Avengers that they could use time travel via the realm to reclaim the stones and undo Thanos’ actions.  Bruce Banner determines that while this is possible, it does not change the present and merely creates an alternative timeline, i.e a branching strand in the multiverse.

And with that, the stage is set and the Avengers travel back in time to search for the stones, reunite with their fallen comrades and clash with Thanos for one final battle for the ages. 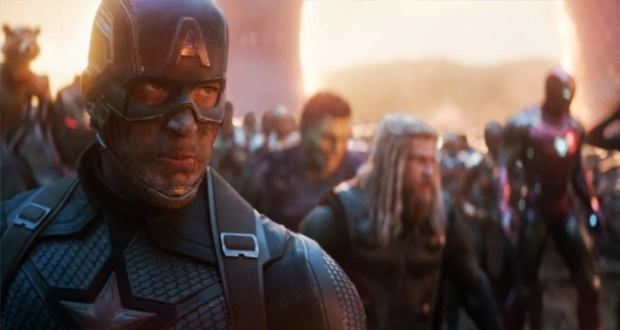 Like Infinity War before it, I think Avengers: End Game is an extraordinary achievement and accomplishes something that may seem relatively basic (the ‘beat the baddie’ chapter of a superhero storyline) but really shines in its measured balance of action, comedy and melodrama.  The screenwriters and the Russo brothers show a very keen understanding of what their audience wants, playfully subverts some common genre tropes to keep people guessing, but ultimately delivers a satisfying and decisive conclusion to the narrative arcs of the biggest players – Tony Stark and Steve Rogers.  Temptation could have set in to have an open-ended conclusion that leaves the door open for more Captain America/Iron Man sequels but happily the Russos resisted.

It also leaves enough enticing strands for future story lines – the creation of the multiverse, Valkyrie taking the helm as the new ruler of Asgard, the five year time lapse after the Snap etc.

There’s plenty to like about End Game.  The oddball pairings – such as Thor and the Guardians of the Galaxy – is still one of the comedic highlights of the series.  I don’t know what they have planned in the future but surely a dedicated Thor/Starlord film has to be part of it.

The father/son dynamic between Iron Man and Spider-man is one of the most unexpectedly well developed stories in the Infinity War saga, with Robert Downey Jr and Tom Holland having an excellent chemistry with one another.

Josh Brolin also shines as Thanos.  Villains are typically one of the few weak points of the MCU (especially when compared to the legendary rogues gallery in the DC Universe) but Thanos is an effective and memorable antagonist who is given unexpected depth to his character and is a genuinely intimidating presence thanks to the ending of Infinity War where he becomes one of the few villains in the MCU to actually succeed in his objective.

With so many moving parts, it could have been easy for End Game to feel slow, bloated or misdirected but I was impressed with how the multitude of storylines come together for the big finale.  And whose inner ten year old wasn’t a little giddy when the cast of heroes and villains assembled for that final battle?  You know exactly what’s going to happen but you can just sit back and enjoy the spectacle of it all.

Avengers End Game is a fine achievement.  It successfully dethroned Avatar and is now the highest grossing film of all time.  The film has earned some high profile detractors (most famously Martin Scorcese and Francis Ford Coppola) and while I respect their opinions, I think End Game and the entire MCU never tries to be anything more than exactly what it is – bombastic, light-hearted escapism best enjoyed on the biggest screen possible with a full audience and a giant tub of popcorn.  On that front, it is without peer.

With the help of remaining allies, the Avengers assemble once more in order to reverse Thanos’ actions and restore balance to the universe.

Summary : An entertaining ensemble finish to a 22-movie long story line. It's easy to be cynical but Marvel Studios have executed successfully on one of the most ambitious cinematic productions of all time.