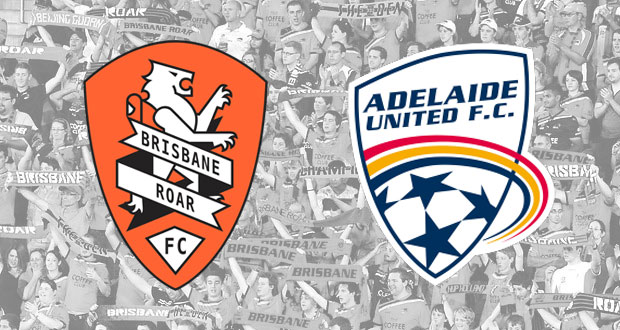 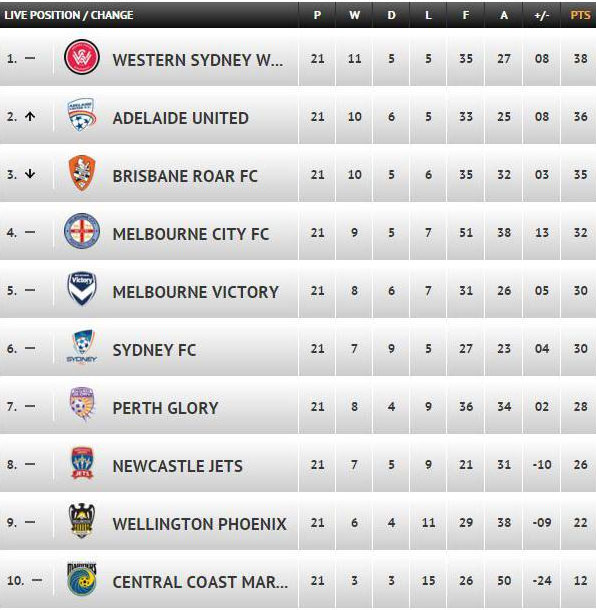 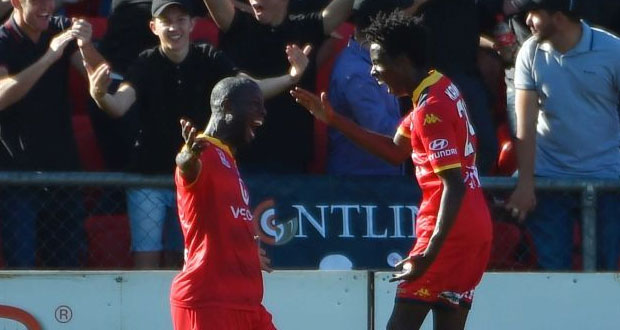 In the last five seasons, it has always amazed me how narrow the dial is for Brisbane Roar between champions of the competition and being one of the worst sides.  In five years the club has won three championships.  But they also went from being unbeaten in 36 games to losing 5 in a row.  They went from back-to-back champions to bottom of the ladder, condemning coach Rado Vidosic to a mere nine games in charge.  Mike Mulvey lead the team to a third championship but by Round 6 of the next season he was gone.

This season, we’ve got the best and the worst of the Roar in a single season.  The team has capitulated badly in their defeats this season losing 4-0, 4-1, 6-3 and now 3-0.  They are still a chance of winning the title but incredibly, their goal difference is barely above zero.

Adelaide made short work of the Roar on Saturday.  Brisbane looked all at sea whereas Adelaide had all the confidence and cohesion of a team that is unbeaten in a club record 13 matches.  The win catapults the Reds over the Roar which is incredible when you consider where the two teams were at Christmas.

Where to here for the Roar?  They’ve got three games at home in March and that starts with a game against the league leaders Western Sydney Wanderers.  The result will go a long way towards deciding the eventual winners of the Premiere’s Plate.