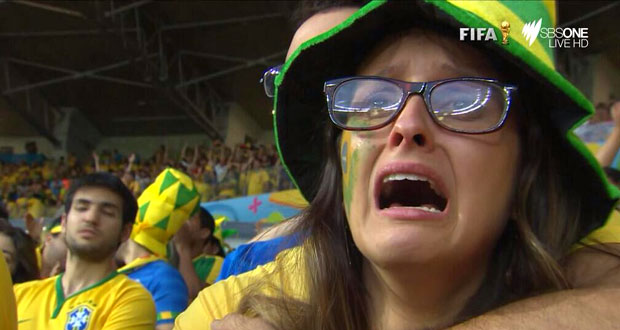 It’s semi-final time and the games are on at a reasonable hour in Australia.  6am kick off for both games.  Yay!  Provided that neither game goes into extra time, then I’m golden.  First up, the hosts Brazil play the high flying Germans.  Its Jogo Bonito against Germany’s billion dollar youth revolution.  The last time these teams met was in the 2002 final when a brace from Thin Ronaldo won the Brazilians a record fifth trophy.  Germany have looked impressive in the tournament so far while Brazil have scraped past lesser teams conceding goals in four out of five games and have had the benefit of a lot of refereeing decisions going their way.  Who will come out on top this time?

1′  Brazil kind of creeps me out with how they deify Neymar, injured in the last match against Colombia.  David Luiz, stand-in captain, held Neymar’s jersey during the national anthem.  It’s not like he’s dead or anything. 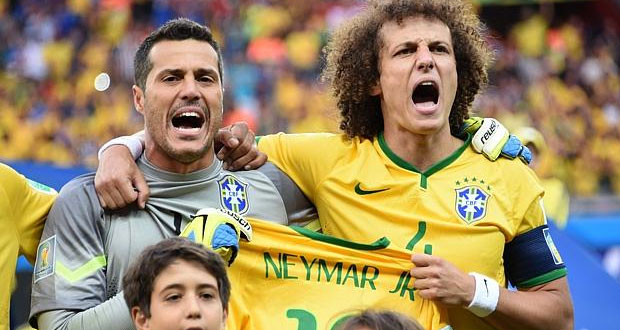 5′  Game being played at a hundred miles an hour.  Great to watch.

11′  Goal!  1-0 to Germany.  Simple as you like.  Muller scores from the corner where he side foots it past Cesar.  He was unmarked and didn’t have a single Brazilian within five metres of him.  Indicative of Brazil’s defensive frailties that they’ve had all tournament.  Sets the tone for an interesting game as Brazil can’t afford to sit back.

23′  Goal!  2-0 to Germany.  Miroslav Klose scores and has now broken the all-time goal scoring record in the tournament, taking the title away from Fat Ronaldo.

It’s the damnedest thing.  Miroslav Klose really is the anti-thesis of the modern day sports star.  Moreso than Andy Murray.  He looks boring.  No one cares about him.  He’s not in any of the ads.  I mean here he is breaking a record that marks his as one of the greatest and most consistent stars in the history of the competition and he doesn’t even look that excited about it. 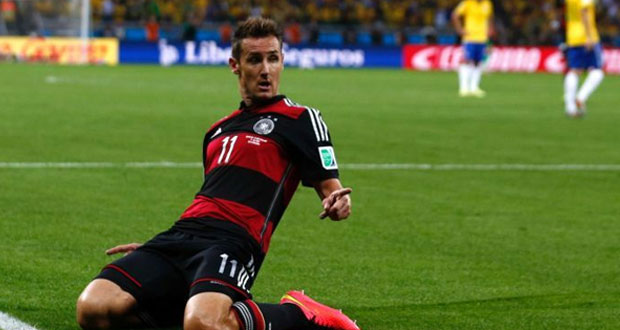 Also, I have no idea what was going on with Brazil’s defending there.  I mean Klose was six yards out, had oodles of time, had his first shot saved and he still had time to follow it up with a tap in.

30′  I can’t quite believe what I’m watching.  Neither can anyone else.  What is going on here.  Brazil have just absolutely shit the bed.

40′  They look like kids playing against men.  David Luiz is running around and he looks like he’s crying already.  The crowd is in shock.

They will talk about that 45 minutes for a long, long time.  Brazil is dead and buried with a whole half of football left to play.  Humiliated, shattered, destroyed.  Utterly dismantled.  The Brazilian football dynasty is dead.  Their aura gone.

Considering the politics before this tournament, the scandalous sums of money being poured into useless stadiums that will be left to rot after July, all the protests, all the riots, $11 billion dollars hosting the tournament when there are millions of locals living in poverty, you’d think nothing less than a World Cup victory would do.

To fall short, and in such spectacular fashion.  Wow.  There are no words.

And there’s still 45 minutes to go.  Hold on to your butts.

50′  Brazil come out strong and get in some promising shots at goal, but Nauer is equal to the task.  Of course, the problem is, the Brazilians need to get past him not once but FIVE times.

69′  Goal!  6-0  After a slightly more balanced second half saw Brazil regain some poise, Germany resume service with yet another tap-in goal.  All of these goals look like training ground exercises as Germany casually cut Brazil to ribbons. 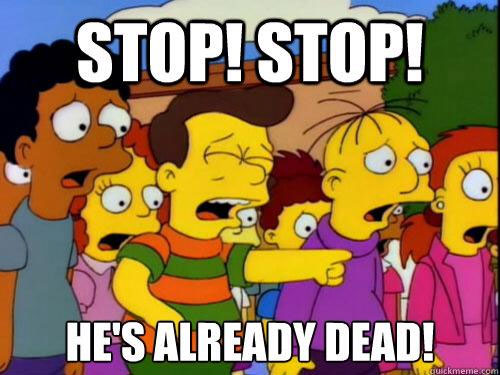 85′  Oscar with a great chance but he sprays it wide.  Man, they can’t even get a consolation goal.

87′  Crowd chanting ole with every German touch.  This is it.  Brazil’s lowest moment.

94′  They get one back.  I believe Germany quite literally stopped trying and let them have that one.  Oscar scores but you can see German defenders jogging and letting them in.

A game for the ages.  The definitive talking point of a tournament that saw Italy and England collapse, a star player bite someone and a star made in James Rodriguez.  When it’s all said and done, this game and what happened to Brazil will be what’s remembered.  An incredible, clinical performance from Germany.

Where to for Brazilian football from here? 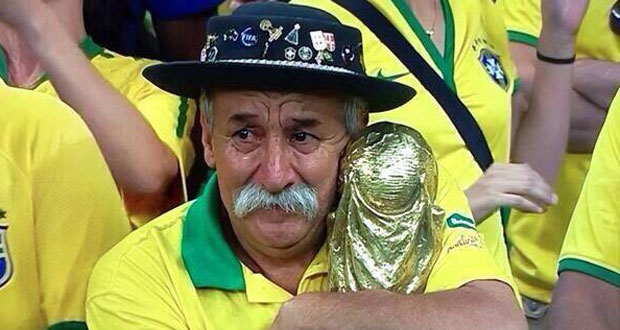 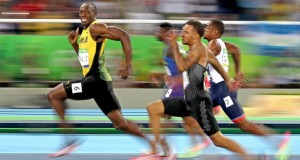