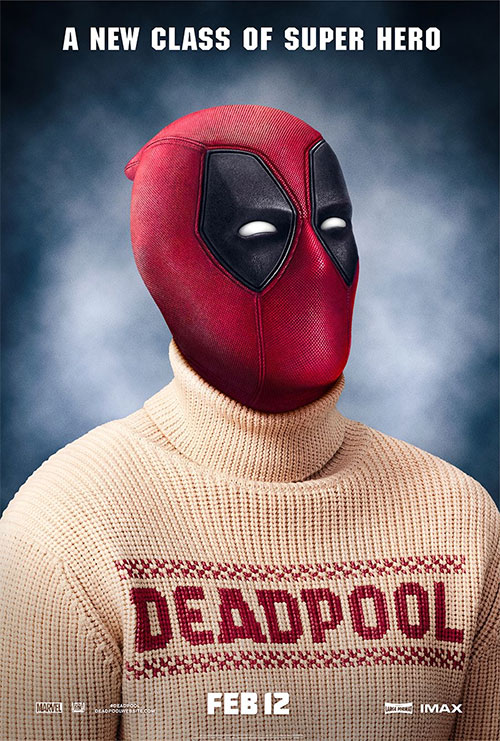 I came into Deadpool with fairly tepid expectations.  The trailer for the film made it look like something that was designed to be edgy and counter-culture to a really sheltered fifteen year old boy.

In the end, I came away feeling okay about what I saw.  It’s pretty much what I thought it would be, but a spirited performance from Ryan Reynolds and some creative direction from Tim Miller ensures that Deadpool is a perfectly serviceable super hero film and a passable way to spend a hundred minutes.

Reynolds plays Wade Wilson, a mercenary for hire who takes odd jobs taking down creeps and low rent criminals for a fee.  One night, he meets a prostitute named Vanessa who becomes the love of his life.  But just when things are looking up for Wade, he is diagnosed with terminal cancer.  He decides to leave Vanessa rather than let her witness the decline of his health.  His prospects are turned on their head when a mysterious secret agent promises an unconventional cure for Wade’s condition, using shock therapy designed to jolt any dormant mutant genes into action.

Running the lab are the film’s villains – Ajax and Angel Dust – who actually intend to sell off any survivors of their treatments as slaves to millionaire crime lords.  Naturally, Wade not only survives the treatment, he escapes and transforms into the immortal and indestructible Deadpool.  His mission is to track down Ajax so his mutilated appearance can be treated and he can reunite with his fiancee. 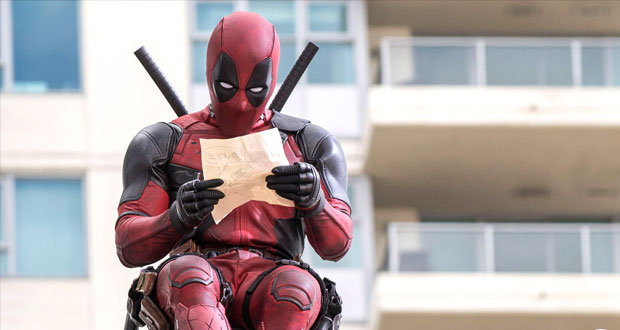 Deadpool is a film that shouts from the rooftops about how subversive it is but it turns out to be a surprisingly conventional super hero flick.  It has a completely bog standard origin story.  The rest of the film involves some fast talking side kicks, a comic relief character and a damsel in distress.  It is unexpectedly slavish to the status quo.  The film’s opening credits which refers to ‘douchebag directors’ and ‘hot chick’ characters sets the film up as being well aware of the tropes of the genre.  And then…it doesn’t do anything different with them.  Ultimately, the extent of the film’s ‘edginess’ is the one liners that Deadpool uses and the occasional breaking of the fourth wall.

Probably the most confronting thing I faced in this film is being told by a teenage character that making a pop culture reference to Aliens 3 – a film that came out in the mid Nineties! – made Deadpool come across as ‘fucking old’.

Speaking of the target audience, whats the statute of limitations on jokes?  The audience I attended the screening with was full of teenagers who enjoyed the film and the two gags that they seemed to laugh the hardest at were both lifted directly from Monty Python.  Firstly, Deadpool recreates the Black Knight routine from The Holy Grail (yes, it’s still funny).  He also bonds with Vanessa by doing the Four Yorkshiremen routine.  To be honest, I don’t begrudge the re-use of this material at all.  If Aliens 3 is too old then recycling some classic gags from British comedy from the Sixties and Seventies seems like the perfect crime.  None of their teenage audience will know what it is!

Although I wasn’t exactly blown away by Deadpool, I can appreciate that its perfectly fine for what its trying to accomplish and the net result is another huge win for Marvel Studios.  The film broke box office records for an R-Rated film and once again, the House of M has shown that they can make a hit film using not only their top tier characters but even with the likes of Guardians of the Galaxy, Ant-Man and now Deadpool.  It’s not as easy as it looks as we’ve seen DC flounder with Superman, Fox fumble with Fantastic Four and Sony languish with Spider-man.  Marvel remains the bench mark for super hero movies, even when their not firing on all cylinders.

Previous: An Astronaut’s Guide To Life On Earth by Colonel Chris Hadfield
Next: US Presidential Elections 2016 – Trump and Clinton Become The Front Runners