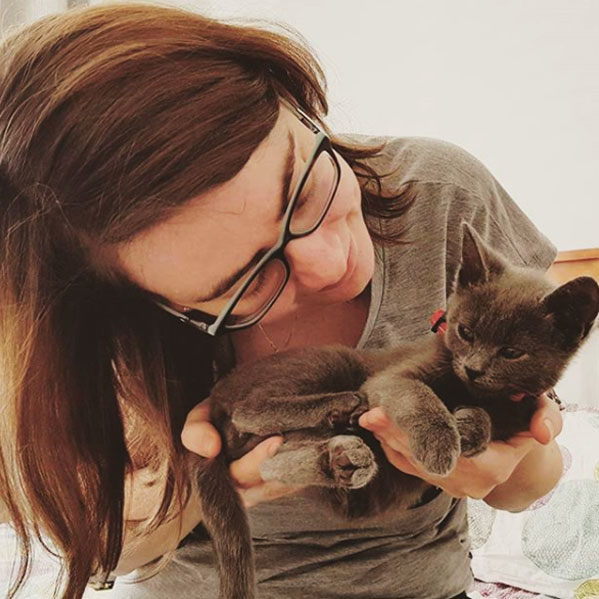 On a sunny Saturday morning in July, Shadowfax, Lord of Kitties, became a part of our little family.

It was always going to happen once we bought our first home.  Both Jen and I grew up with cats and in the ten years we lived together in an apartment, we had often thought of getting a pet but we decided to bide our time until we moved into a house.  That time is now! 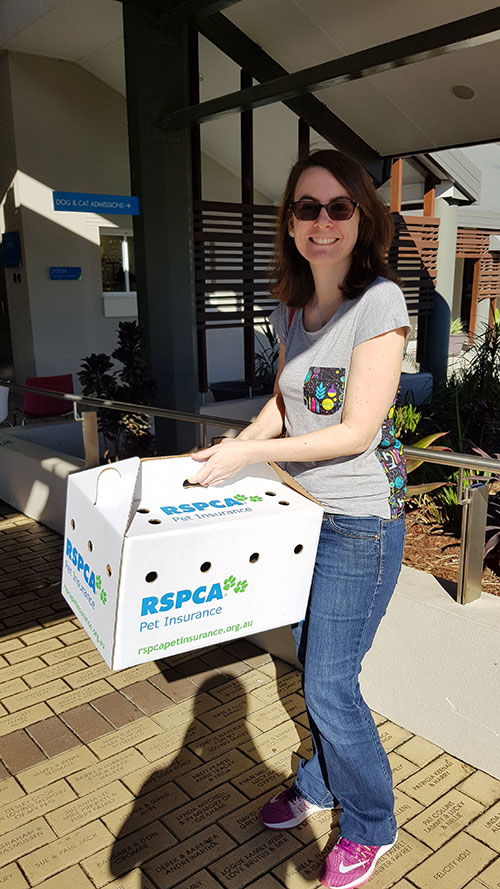 Shadowfax was a rescue kitten from the RSPCA.  He was found homeless with his sister who had already been adopted.  Out of all the cats we saw at the RSPCA that day, Shadowfax was clearly our guy.  In the five minutes we spent with him, he stole another cat’s food, had a playfight with another kitty, tried to climb out of his enclosure and snuggled tightly into our arms.  He was the one for us.  His super soft grey coat was the obvious inspiration for his name.  Shadowfax!  (which is also the name of Gandalf’s horse in The Lord of the Rings) 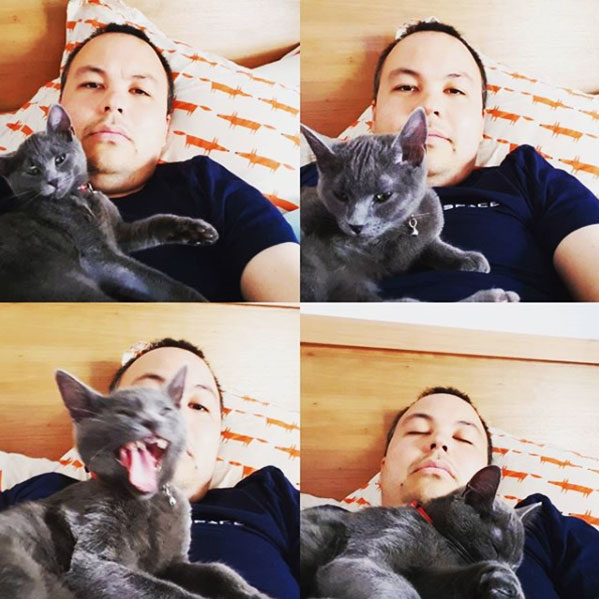 Shadowfax was only twelve weeks old when we got him.  He’s already grown rapidly and is twice the size he was when he first arrived.  In his first two months in the house he’s tormented and eventually befriended his much older and larger companion Hagar, he’s fallen out of a tree and busted his tail (which has thankfully healed) and he has made a habit of strolling into our bedroom at 3am and sleeping on my face.  In short, Shadowfax is everything I hoped for.  He’s energetic, adventurous and likes to hang out with his human buddies.

What more could I ask for? 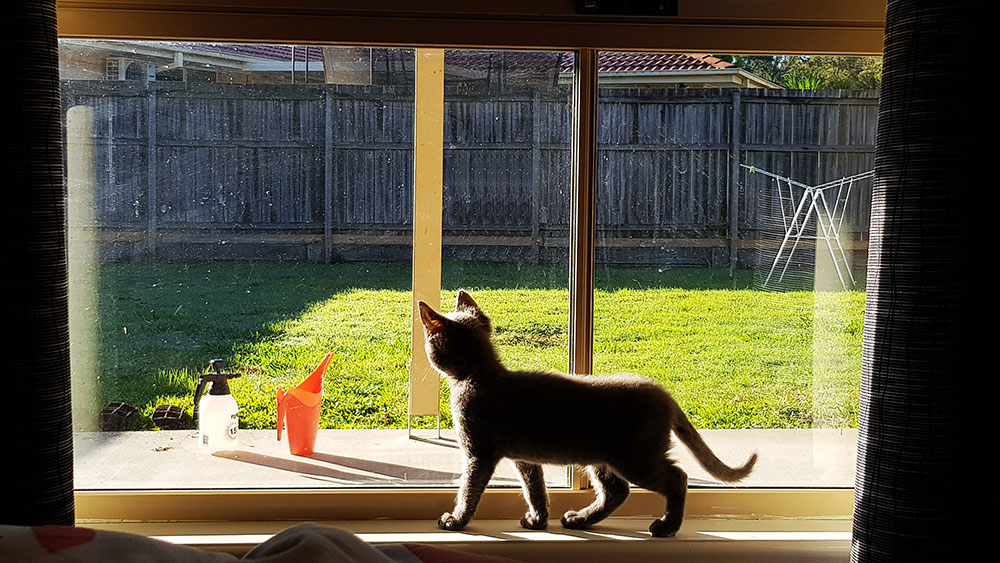 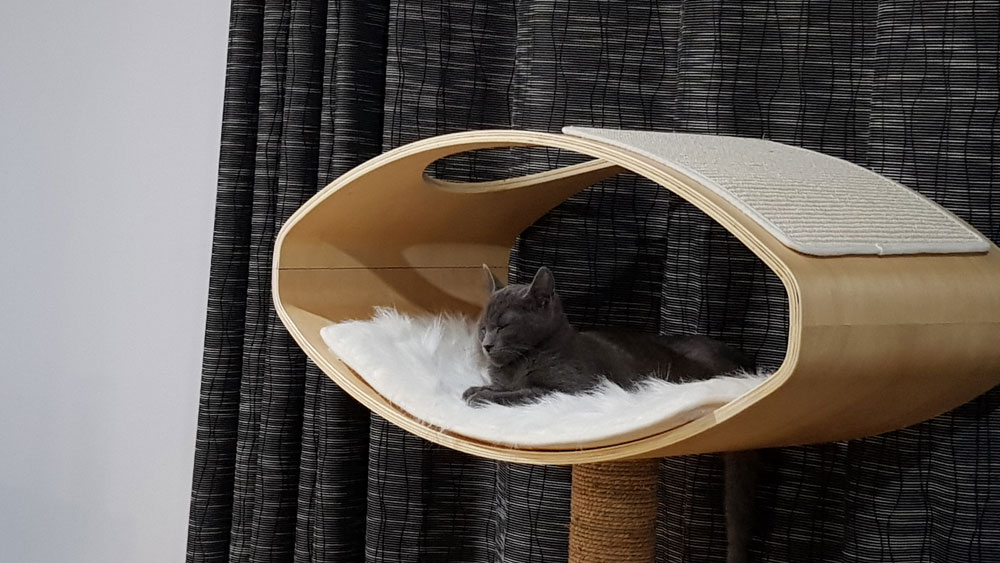 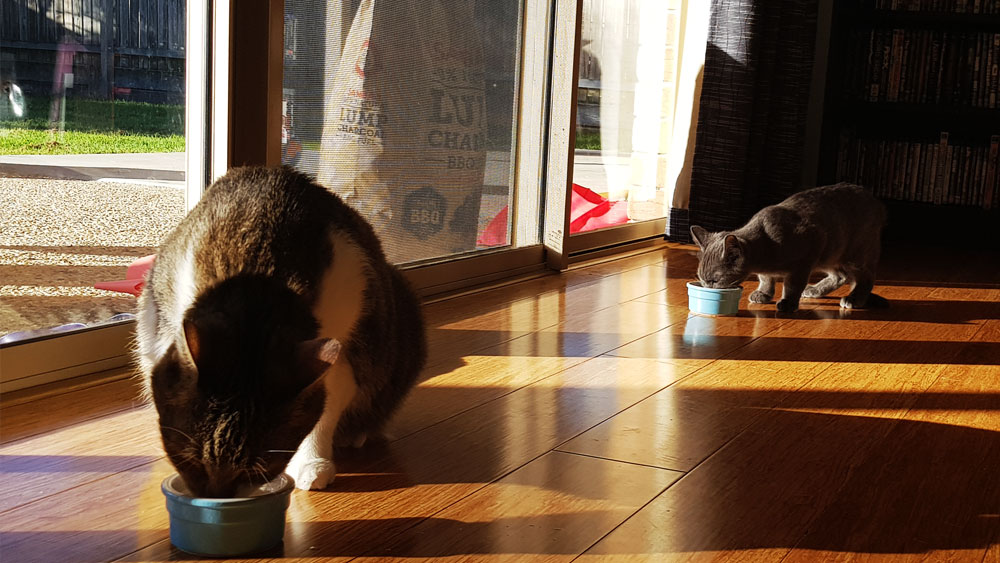 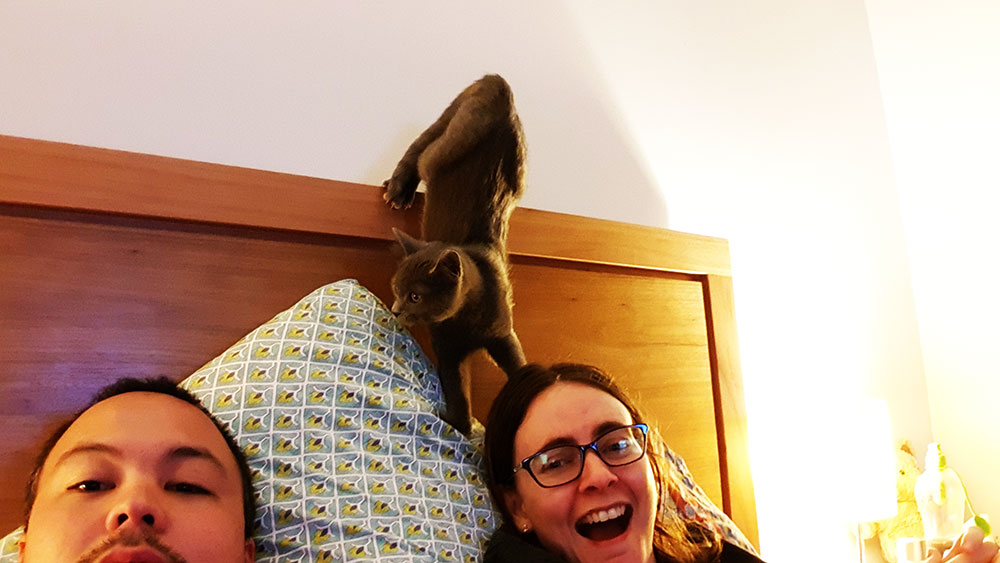 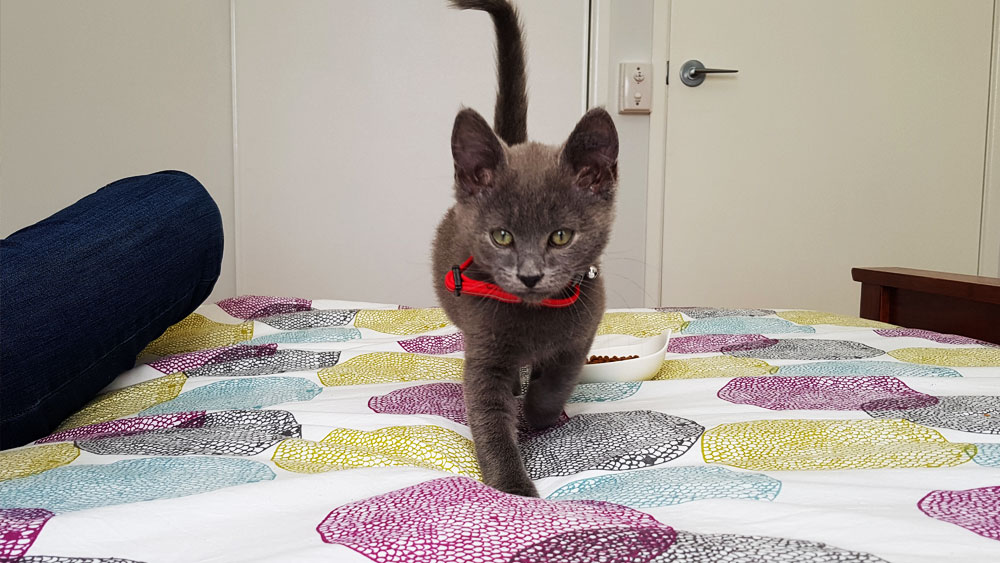 Here’s to many years of adventures and companionship, little Shadow.