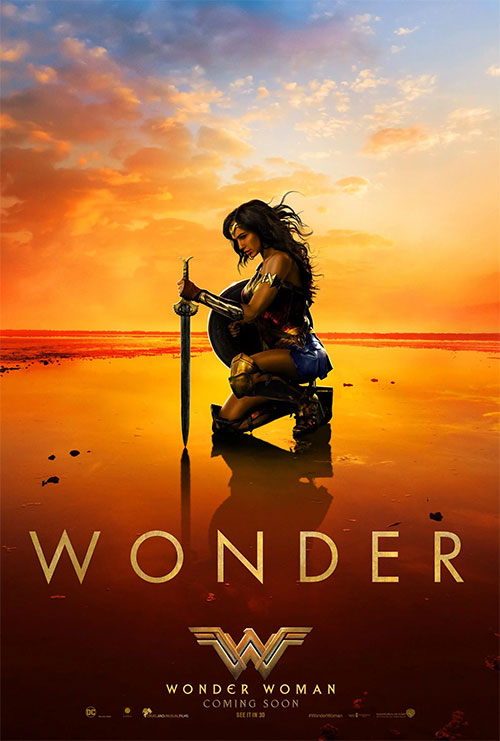 Wonder Woman had a lot riding on it.

She’s a popular, long-standing comic book character.  Maybe the most well known female super hero ever.  And yet it had taken many attempts, overcoming delays and previously cancelled projects, to deliver a cinematic adaptation.

Even then, it couldn’t be just any run-of-the-mill super hero movie.  The minuscule handful of super hero films with female leads up to now have been disastrous.  Halle Berry’s Catwoman.  Jennifer Garner’s Elektra.  They weren’t just bad.  They were embarassing.  They deserved better.

Warner Bros. also needed Wonder Woman to deliver.  Their portfolio of DC Comic Book movie adaptations were supposed to keep pace with Marvel’s Cinematic Universe.  But despite the evergreen popularity of super heroes Batman and Superman, their recent films stunk it up at the box office.  They made respectable money but the word-of-mouth surrounding Batman vs Superman and Suicide Squad were awful.

Women in the industry wanted Wonder Woman to deliver too.  In Hollywood there has been an increasing scrutiny on the type of roles made available to women, the gender wage gap and the ugly reaction from Internet trolls towards certain blockbuster films with female leads.

Such was the pressure and attention draw towards Wonder Woman that when the casting of Gal Gadot was announced, she was studied and analysed by pundits of all political stripes.  Remember those articles about her views on Israel’s occupation of the Gaza Strip?  Let’s say that Gadot had a level of attention paid to her that Tom Holland didn’t have to worry about when they announced a new Spider-man movie.

Wonder Woman had a lot riding on it. 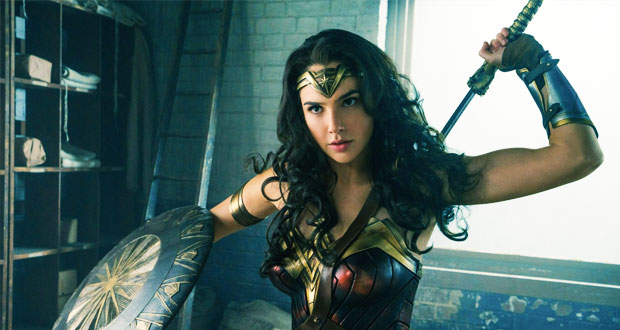 Thankfully, the film delivers.  Patty Jenkins and Gal Gadot?  They made it work.

The film begins in present-day with Diana (Gal Gadot) quietly reflecting on a photo of herself in World War I.  The rest of the film takes place as a flashback exploring her origins.  Diana grew up on Themyscira, home to Amazonian warrior women who were put there by Zeus to protect human kind.  Diana is the daughter of Queen Hippolyta and although only young, she is their mightiest warrior.

Diana finds her calling when an American fighter pilot Steve Trevor (Chris Pine) somehow crashes his plane off the coast of Themyscira, trailing a boat of armed and hostile German soldiers behind him.  Diana rescues Trevor and fends off the Germans but not without losing her mentor Antiope in battle.  Antiope’s last words encourage Diana to take the weapon Godkiller and put a stop to the God of War, Ares.  Diane comes to believe he is in Germany, corrupting men in the war.

Diana instructs Steve Trevor to take her back with him to Earth so that she can search for Ares and stop him. 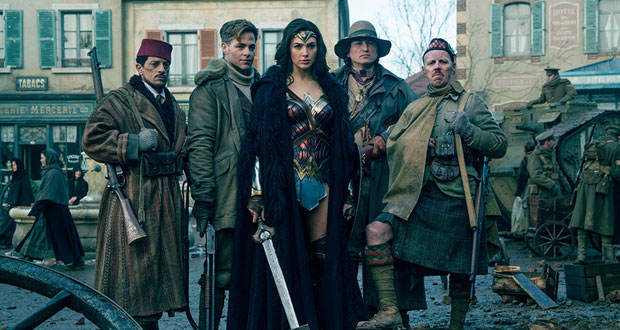 A long-standing gripe I have about modern Superman movies is that they are way too broody and dark.  DC have tried to make a gruff and moody Superman movie work three times now – Superman Returns, Man of Steel and Batman vs Superman – and each time it has fallen flat on its face.

Mercifully, Patty Jenkins takes what is ostensibly a pretty outrageous story line (Amazonian worlds, Godkilling weapons, costumed super heroes fighting Germans) and infuses it with a sense of fun and wide eyed altruism that harkens back to the Christopher Reeve Superman movies.  In fact, such was that movie a source of inspiration for Jenkins, there are not one but two scenes – one involving a revolving door and a second involving a shootout in an alleyway – that are direct homages to scenes from Richard Donner’s classic super hero film.

Gal Gadot’s Diana is an unstoppable ass-kicking super hero but she is also a fish out of water and hilariously naive about the way the world works.  Jenkins mines this set up for all its worth and serves up plenty of laughs as Wonder Woman navigates the tricky world of WW1-era sexuality, department store changing rooms and incompetent army generals who don’t take her seriously.

Crucially, just as with Reeve’s performance in Superman, Gadot has a talent for delivering laughs one minute and then performing super-human feats of strength the next, in a way that feels righteous and true.  Jenkins and her cinematographer have crafted some excellent battle sequences in the film that make Gadot look like a million bucks as she leaps, strikes and lassos her way through the enemy lines.  The most memorable moment of the film is the stunning No Man’s Land sequence where she finally tires of Steve Trevor’s procrastinating and steps up to save a village of war-ravaged civilians.  I’m generally pretty numb to most super hero movie fight sequences and this was the first time in a long time that I genuinely felt an emotional response to what was unfolding before me.

Wonder Woman sticks pretty closely to the super hero origin story that you’ve seen many times before.  It is smartly put together but not especially original.  The reveal of the movie’s Big Bad isn’t much of a revelation and the movie kind of devolves into the sort of bang!wallop!crash! finale that you’ve seen in a dozen previous DC and Marvel features.  But where the film is a roaring success is in the characterisation of Gadot as Wonder Woman.  She feels fresh, different and exciting.  A fantastic, stand out female lead in a sausage factory of super hero dudes.

Happily, Wonder Woman was a massive success at the box office both critically and commercially.  Jenkins and Gadot deserve all the good things that are coming their way including a big pay packet for Jenkins to return to the direct the sequel, getting paid the sums of money usually reserved for the likes of Jon Favreau or Joss Whedon.  It also appears to have finally opened the door for more super hero projects in the future with female leads.  Next up – Brie Larson in Captain Marvel.

When a pilot crashes and tells of conflict in the outside world, Diana, an Amazonian warrior in training, leaves home to fight a war, discovering her full powers and true destiny.

Summary : It took way longer than it should have but Wonder Woman does its lead character justice and is the best female-lead super hero film ever made. 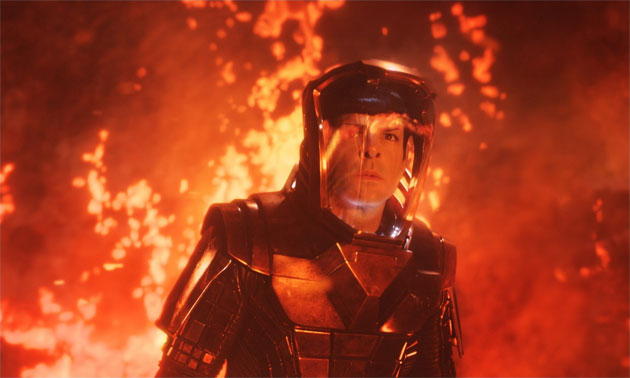