iPad App of the Week

I’ve only really just started to have a look at the gaming side of the iPad in the past week.  Jen’s had Angry Birds on there from day one but the game doesn’t really interest me.

To be honest, it looks like there’s not a lot of great unique gaming experiences on the iPad yet with the bestselling products generally being upscaled HD versions of popular iPhone games (Flight Control HD, Real Racing HD etc.) 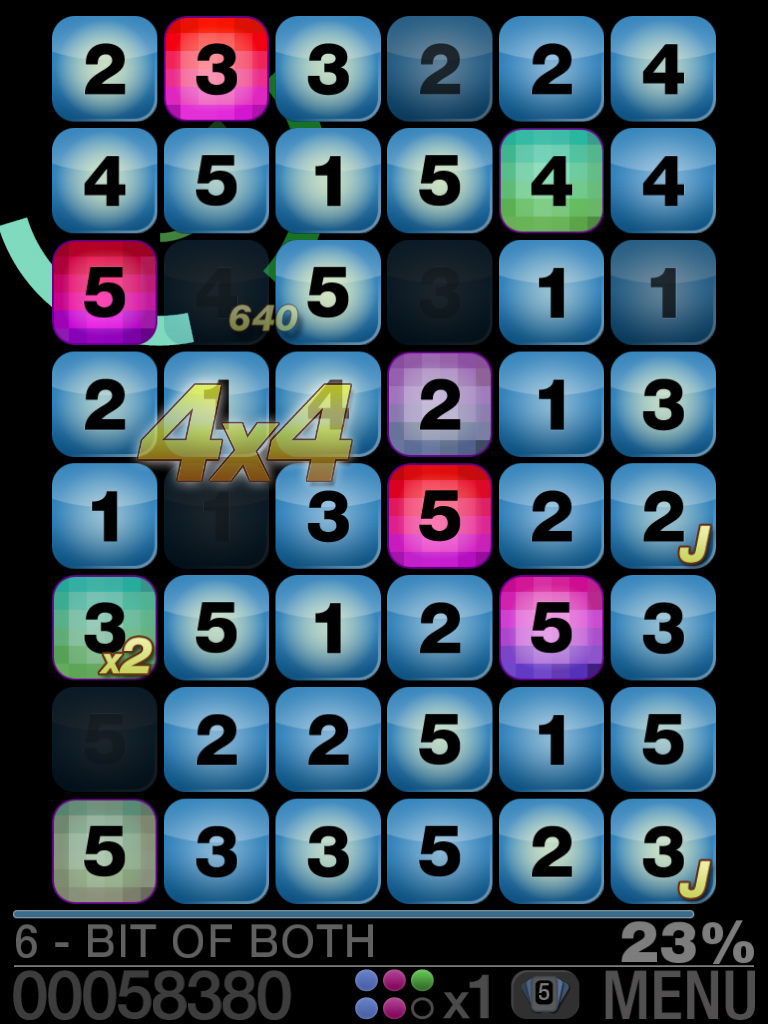 One game which I tried out and can recommend is Numba HD.  Its also available for iPhone and the PSP but I’ve never come across it before and its actually quite the addictive little puzzle game.  Like the best iPad apps, its very responsive and satisfying with its touch interface.  The game has a match-3 mechanic similar to Bejewelled only instead of trying to match colours, you’re matching numerical sequences and patterns.  So you do simple sequential stuff like 1-2-3, 4-5-6 etc. but you can also do number patterns such as 1-3-5 (increments of 2), or even 8-4-2 (halving the value) etc.  The design of the levels which gradually introduce you to the various number patterns is well paced and after six or seven levels you definitely start to play ‘in the zone’.

Best of all (and why its App of the Week) is the price.  A lot of the upscaled iPad games on the Appstore currently go for around $9-$12.  If theres enough content thats certainly justifiable but it begins to shift the pricing away from the $2-$5 sweetspot that you have on the iPhone.  Well, Numba HD by comparison, is an absolute bargain for the level of entertainment it offers.  Its currently on sale for a measely $1.19.