In our household, it’s gradually whittled down to the point where I’m the only person persisting with watching the final season of Lost.  After having some rather sour feelings about the start of the season, I’ve actually really come around to enjoying this season.  Sadly, no one else in the house actually believes me when I say the show is still good.

I think the point at which I was finally sold on the concept of the flashforwards showing what happens to the Losties if the plane didn’t crash was the episode for Ben Linus.  Initially, I thought the flashforwards would add another layer of contrivance and unanswered questions to a show that really needs to get around to providing some answers.  And this episode more or less provided closure for me in explaining the motives for Ben’s character.  We see from his flashforward where he is an ambitious school teacher who has aspirations for power which becomes conflicted with his afinity for Alex, a promising young student who he raised as his daughter in previous seasons on the island.  The flashforward gives Ben the opportunity to gain a measure of redemption and this is then reflected in the timeline set on the island where Ben finally grieves openly over his remorse for putting the Island, Jacob’s wishes and his own desire for power over the life of his daughter.  It’s good stuff.

I think we’re more of less getting some shape and structure as to how the final episodes set on the island will also play out.  More or less, as Sawyer surmizes, all the big players are going to come together on the Hydra island and have a massive battle to close out the season.

I’m hoping all this culminates in a final episode where the Losties, the Others, Charles Widmore and his goons,Smokey the Smoke Monster, Dead Characters Who Have Returned to the Series, the Other Others, Characters That They Sort Of Forgot About and the Dharma Initiative fight it out in an eight way battle royale to be King of the Island.  The final scene for the show should have everyone turning to the camera and saying in unison “we wanted to solve the mystery of the Island but instead all we ended up doing was fighting each other.  In the end, I guess we’re a little bit……Lost” 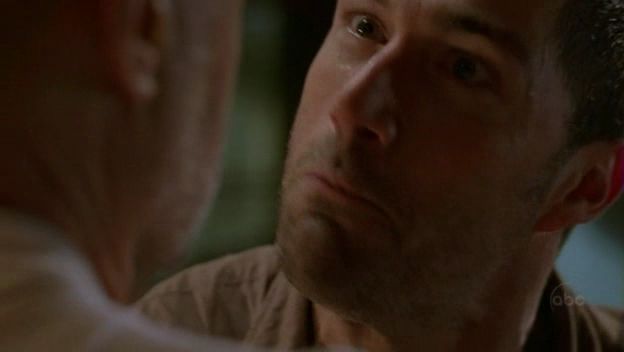 One last season of Jackface

Due to my ongoing slackness in blogging, I haven’t really had much of a chance to blog about what has been one of my absolute favourite seasons of Survivor so far.  Survivor: Heroes vs Villains is such a beautiful piece of fan service that is definitely delivering on the premise of not just taking the best players from past seasons, but some of the most memorable characters and setting them loose to interact with one another.  Whats funny is that the show has now run so long and some of these characters are now returning for their second or even their third season, that the show has become incredibly introverted into its own set of rules, culture and characters.  This season is so clearly made for the existing Survivor viewership that I can’t help but wonder what an outsider would think of a show where no one bats an eyelid that there is a mentally unstable man called Coach running around calling himself a ‘Dragonslayer’ and that a wealthy oil barren named Russell is hiding equipment that would help his own people eat food.

It’s been thoroughly enjoyable seeing some of the best strategists playing the game so hard even in the early stages.  Once the no hopers Sugar and Randy were voted off, the social game got complicated real quick.  It was a surprise to see the expert social strategist Cerie get played by JT who more or less screwed a four person alliance to carry out that blindside.  Likewise, its been excellent seeing the slow build from the stand off between alpha males Boston Rob and Russell who are both eager to vote the other one off, and yet their team keeps winning immunity so it gets put off for another week.  Boston Rob has the support of his tribe but he is admittedly a bit green on how to use the immunity idol effectively.  Russell on the other hand appears to only have two allies but made a name for himself in the previous season with his legendary effort of finding three immunity idols with only a single clue.

I love this show.

It’s only a week away from the biggest wrestling event of the year!  We’ve got a pretty stacked card for the show this year with both Vince McMahon vs Bret Hart and The Undertaker vs Shawn Michaels Part Deux as the two marquee matches (no offence to those involved in the title matches).

Also, I’ve also been enjoying the new WWE show NXT which has finally brought Daniel Bryan (formerly American Dragon Bryan Danielson) onto our TV screens.  Sure, it sucks a bit that he’s 0-4 but he’s a stand out on the show so I’m pretty sure he’ll be able to make a career out of this.

I’m five years late to the party, but I’m currently watching Season 2 of The Wire and thoroughly enjoying it.  Most people that I’ve spoken to seem to point to the second season as the weakest of the five but I’m finding that its right up there in quality with Season 1 for me.  As well as enjoying the return of all the principle characters from the first season (Bubbles!) I really like the Frank Sobotka character, a corrupt stevedore union worker who is desperately trying to sustain the ailing Baltimore portside for all the union workers.  Its been said before, but what an awesome show this is.