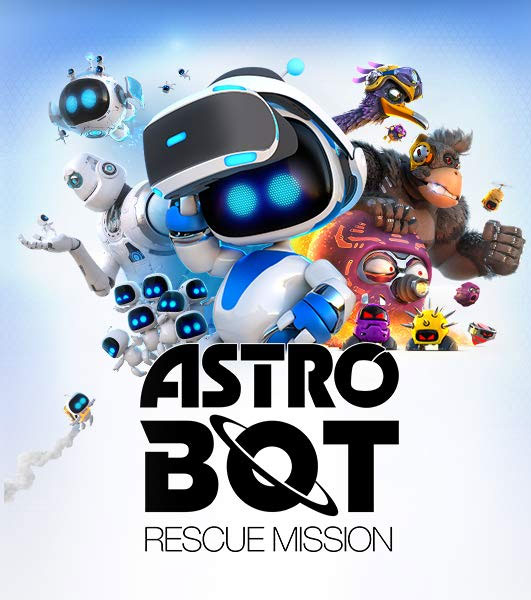 Venture Beat games journalist Jeremy Horowitz turned heads back in September when he announced a teaser that the Playstation VR was going to have its ‘Super Mario 64’ moment.

It seems like an absurd statement to make and an unfair burden to shoulder on a game.  Super Mario 64 is one of the most critically acclaimed and influential games of all time.  It established and popularized analogue stick controls and 3D movement as we know it today.  It sold millions of copies.  What hope did Astro Bot Rescue Mission have to compare?

Having played the game since it launched, I think I understand Horowitz more clearly now.  I think he was being much more literal about what Astro Bot Rescue Mission accomplishes and how it compares to Super Mario 64.  It is a 3D platforming game that has incredible level design and ridiculously charming character animation.  It gets right so many of the little things.  The way the Astro Bots interact with the player.  The pixel perfect controls.  The jaunty music.  The visually arresting worlds that you explore.

All of it comes together beautifully and feels like a game that has that Miyamoto touch.  The Nintendo magic.  After a session with Astro Bot Rescue Mission (particularly stages like 2-2), it’ll feel like you’ve played a Nintendo platformer in virtual reality. 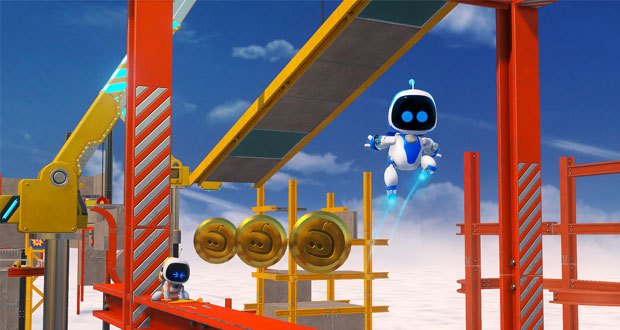 Astro Bot Rescue Mission is a killer app for virtual reality gaming.  It literally wouldn’t be anywhere near as enjoyable if you played without it.  What makes the game sing in virtual reality are a number of key design elements.  Firstly, the player is a physical presence in the game.  The Astrobots acknowledge you, wave to you and interactive with you.  You can also interact with the world by doing things like headbutting the environment to bust through walls (!) and physically peek around the world to spot hidden Astro Bots to rescue and coins to collect.

Secondly, I think the developers have created the stages in such a way that you feel like a little kid in them.  The objects in each level are big, bright and cheery.  The enemies in the game mostly look non-threatening (like Koopas in Super Mario), have playful animations and have a buoyant size about them.  As for the End Level Bosses – they’re positively ginormous.  The scaling of all of this is achieved through virtual reality in a way that traditional televised gaming can’t compare.

What makes Astro Bot Rescue Mission the finest game on the PSVR to date is the game design.  In short, its absolutely exhilarating.  Time and again the game brought a smile to my face thanks to a fun little animation, a clever snippet of level design or a well crafted boss encounter.  This is the game that gets me excited about virtual reality all over again and makes me think that one day, this has to become the future of gaming.

At its best moments, Astro Bot fills you with a sense of wonder just like that first time you booted up Super Mario 64.  It feels like a new frontier in entertainment.  It’s a 3D platformer sure, but the experience feels special and wholly unique.  Platforming is a difficult beast to master at the best of times in non-VR gaming but SIE Japan Studio have absolutely nailed the controls.  The game is forgiving enough with the handling so that you rarely mistime a jump, fall cheaply to your death or get bested by the basic enemies in the game.  But it still gives you enough control that the experience doesn’t feel compromised and as you master the various mechanics the game introduces, it rewards the more skillful player with bonuses like the collectable chameleons which unlock a new playable Challenge Mode.

Let’s be real.  Astro Bot will be lucky to sell a million units.  It will only be played by a fraction of the audience that it deserves to reach.  Its clear that at the current price point and with the current technology available (wired headsets, limited movement) that virtual reality gaming won’t become a mainstream form of entertainment.  Yet.

But when that time comes, I hope SIE Japan and Astro Bot are re-released so it can reach that wider audience.  It really deserves it.  It’s maybe the best designed game I’ve played in 2018.

When a rogue alien kidnaps his friends, Astro Bot must go on an adventure exploring the universe to help get them back

Summary : The best ever Playstation VR game. It's that simple.

Previous: To All The Boys I’ve Loved Before
Next: Crazy Rich Asians