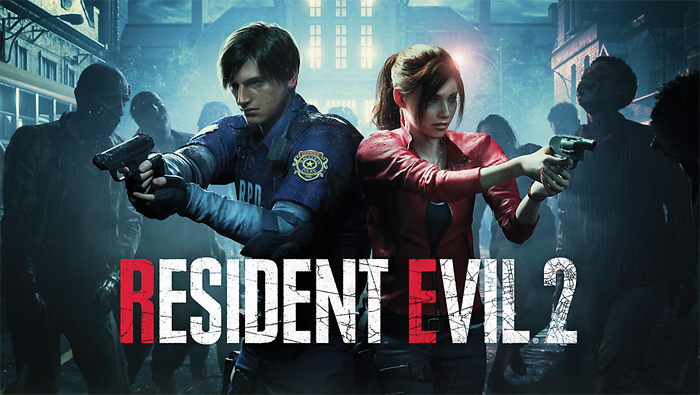 One of the best things about this current generation of consoles has been the stunning return to form of the games developer Capcom.

The venerable Japanese games studio had a torrid time with the quality of their games during the PS3/Xbox 360 era but over the last few years they have found both critical and commercial success with the likes of Resident Evil 7, Monster Hunter World, Devil May Cry and now Resident Evil 2.

Resident Evil 2 is a remake of the hugely popular Playstation One title which expanded upon the original game by including two playable characters – Clair Redfield and Leon Kennedy – as they fight for survival in a police station overrun by the Umbrella Corporation’s zombies.

This new iteration of RE2 retains the basic premise of the game, the two playable leads and the same distinctive setting, and then modernizes it for a 2019 audience.  Capcom manages to thread the needle and successfully make a game that should delight fans of the original game and also introduce a whole new generation of fans to one of the best titles in its back catalogue.

Not only is it successful, it absolutely blows any and all expectations out of the water.  We can give the game some time and perspective to decide where it ranks in the pantheon of Resident Evil titles but I genuinely think this game should also be in the conversation for being one of the best remakes of any video game.  It’s that good. 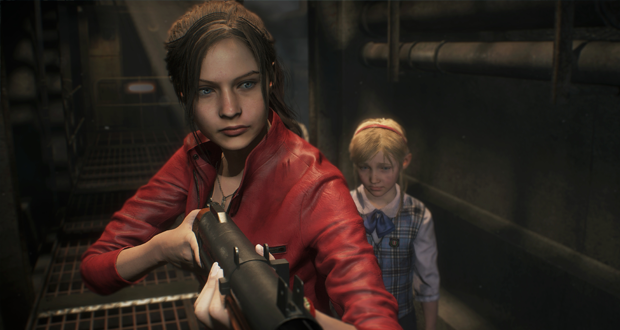 The first thing that hits you when you boot this game up?  The absolutely gorgeous visuals.  Capcom have previously set the benchmark for horror game visuals with the original Resident Evil on the Playstation and then again with the remake on the Gamecube.  With Resident Evil 2, they’ve once again set the standard.  Character models are strikingly detailed, the animation of the zombies and other creatures lurking in the darkness is outstanding and the environmental design perfectly sets the stage for a top tier action-horror experience.

Beyond the jaw-dropping new graphics, Capcom have also done an outstanding job reinventing Resident Evil by making an absolute ton of quality of life improvements whilst still keeping the overall feel of a classic survival horror game.  The notorious ‘typewritter/ink ribbon’ save system has been streamlined.  Both Claire and Leon have a much greater number of items that they can carry.  Any items stored in storage containers can be accessed via other storage containers in the police station.  The ‘tank controls’ of the original game have made way for more conventional 3D movement.  There’s variable difficulty levels to suit all playing styles.  There’s a much more rewarding experience for playing the story a second time with the other character.  Honestly, I could go on and on.  This game is clearly a labour of love and the amount of work that has gone into improving so many little details has paid off handsomely.  The end result is a game that is not only hugely scary and exhilarating to play, it always feels extremely satisfying. 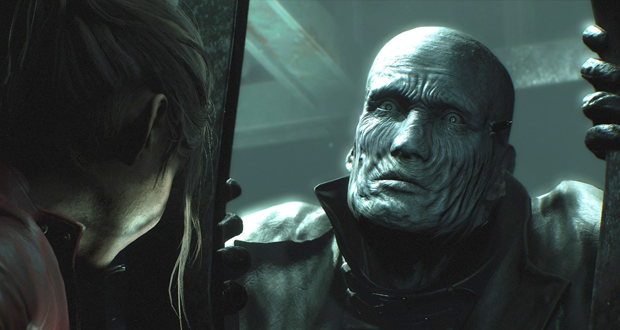 It’s also worth noting that Resident Evil 2 has the best video game map of all time.  Like so much else in the game, it is exquisitely designed, giving players a ton of useful information that minimises wasteful backtracking, without leading them by the nose and simply pointing an arrow to the next location.  I would very much like to see other games borrow from Resident Evil 2‘s mapping system.  It is a masterclass in effective, communicative game design.

All of these ingredients – the incredible graphics, the wonderful sound and animation, the brilliantly engineered game design – is distilled into one of the most entertaining video gaming franchises in modern console history.  As a franchise, Resident Evil has had its bumps, but when it shines, its easy to see why its been the top dog in the survival horror genre for over two decades.  Leon and Claire’s battle for Raccoon City pits them against some wonderfully gruesome, mutant abominations.  The game has a fantastic ever-present antagonist in Mr X and there are some seriously great action set pieces that put you through the ringer before the heroes make it out of town.

All this presents Capcom with a wonderful conundrum.  Resident Evil 7 ditched almost everything we thought we knew about the franchise by embracing a first person perspective and opting for a more grounded, realistic style of horror.  It did this to great critical acclaim and record sales.  Resident Evil 2 has brought the series back to its classic original style of gameplay and it has successfully modernised it in a way that feels fresh and exciting all over again.  Which direction should Capcom take the series moving forward with Resident Evil 8?

Summary : It's probably the best video game remake of all time. A truly outstanding re-imagining of one of the greatest survival horror games.