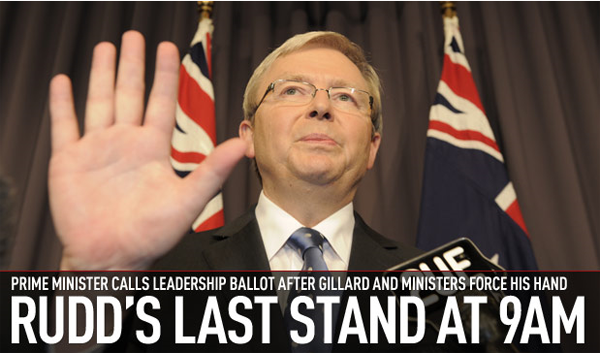 Headline story from News.com.au this morning

“KEVIN Rudd this morning looks certain to lose his prime ministership in a caucus ballot after he and Julia Gillard last night spent a desperate 2 1/2 hours in failed talks. Key Labor powerbrokers yesterday moved on Mr Rudd, telling the Deputy Prime Minister she had the numbers to win.

But Mr Rudd made it clear he would not step aside and that his enemies would have to force him out.”

So it looks like we will have a new prime minister in about 90 minutes or so.

I did think the juxtaposition I awoke to this morning on Facebook was pretty funny.  Somehow, I don’t think Nicholas really wants me to ‘share the latest news’. 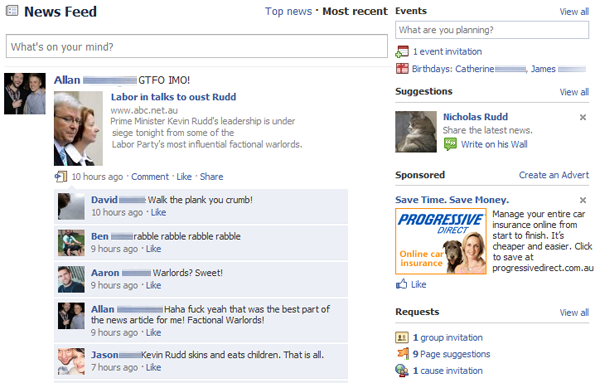