Life during the coronavirus pandemic 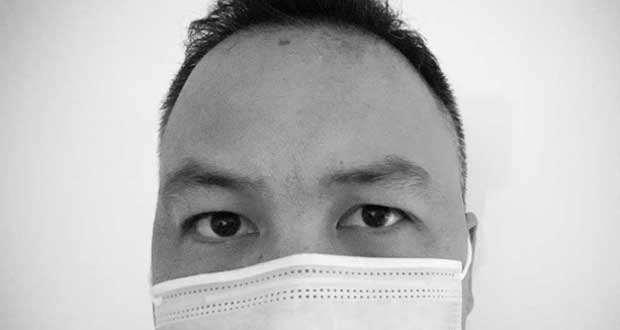 “There are decades where nothing happens; and there are weeks where decades happen”

I don’t remember the first time I heard about corona virus in the news.  I guess I would’ve seen news of it in December when it first hit Wuhan.  But it didn’t feel different to reading about Swine flu, H1N1 or any other modern virus.  It still felt like something that happened “somewhere else” and that modern science would contain it quickly and efficiently.

It began to feel ‘real’ when I read about the drastic measures the Chinese government had taken to contain the virus (a total lockdown of a city of 11 million) and I was alarmed at how quickly it spread to Europe,  and how terrifyingly deadly it had been in Italy and Spain.  Then, overnight it felt like every country announced its arrival on their shores and no one was really certain what it all meant.  New language and terminology quickly entered into modern lexicon – social-distancing, contact tracing, self-isolation – and then just as quickly in Australia we developed our own colloquial versions – roni, rona, iso etc.

Some world leaders treated it like a deadly plague and acted accordingly (perhaps most famously New Zealnd prime minister Jacinda Adern).  Others seem to shrug off the advice of medical experts, such as British prime minister Boris Johnson who declared he would shake hands with corona-virus victims (he did, then got the virus which nearly killed him), and Australia’s prime minister Scott Morrison who famously said he would ignore pleas to avoid large crowds and “go to the footy” on the weekend and look to initiate new precautionary measures on Monday.

In the early days, it was hard to parse the mass of information and understand how seriously we should treat corona virus.  Bizarrely, one of the early moments of coronavirus “feeling real” in Australia was the news that Tom Hanks and his wife Rita Wilson had contracted it on the Gold Coast.

Australia’s first coronavirus case was on January 25.  Our first death was on March 1.  Most of us went into some sort of lockdown in early March.  For me it was March 9th. 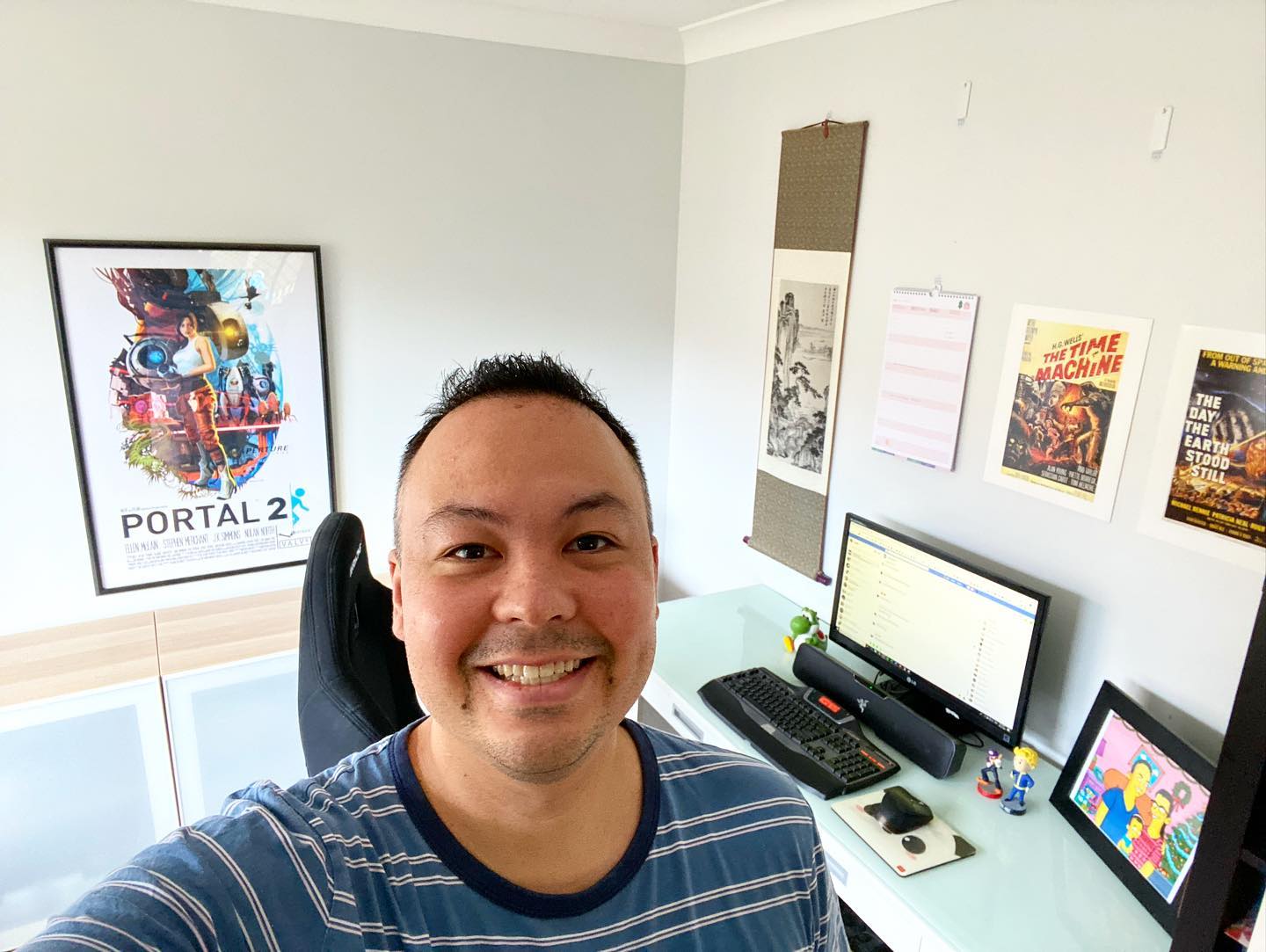 Lockdown in Australia during the early days meant only essential businesses stayed open (supermarkets, medical clinics etc) and the total shutdown of sporting events, restaurants, pubs, cinemas etc.  I was fortunate to keep my job and not have any reduced hours.  I know plenty of friends who lost work or were reduced to working just a couple of days a week.  Day care remained open for the children of essential workers so Penny’s week day routine stayed the same as Jen and I were deemed ‘essential’.

Technically, working from home was a seamless transition.  Writing web content is pretty much a job you can do anywhere as long as you have a computer and an internet connection.  I had morning video calls on Teams and then I’d spend my day in the study doing my thing, stopping to gently nudge the cats off the keyboard and to take the occasional walk around the block.

Truth be told, I really disliked working from home.  I’m more of a social creature than I realised.  It wasn’t until lockdown that I worked out that sitting at home in a quite suburb in near total silence wasn’t what my brain was comfortable with.  Fortunately, I was never given the order to work 100% from home and each week I’d have some days in the office too.

Weekends were pretty challenging to begin with.  Being in lockdown with an active and energetic two year old is tough.  With no playgrounds, swimming pools or shopping centres available to us, we went all in on getting climbing equipment, painting sets and other activities to keep her occupied at home.  At least we have a big yard and a good neighbourhood to take her biking.  Taking Penny for a trip around the block became a daily occurrence. 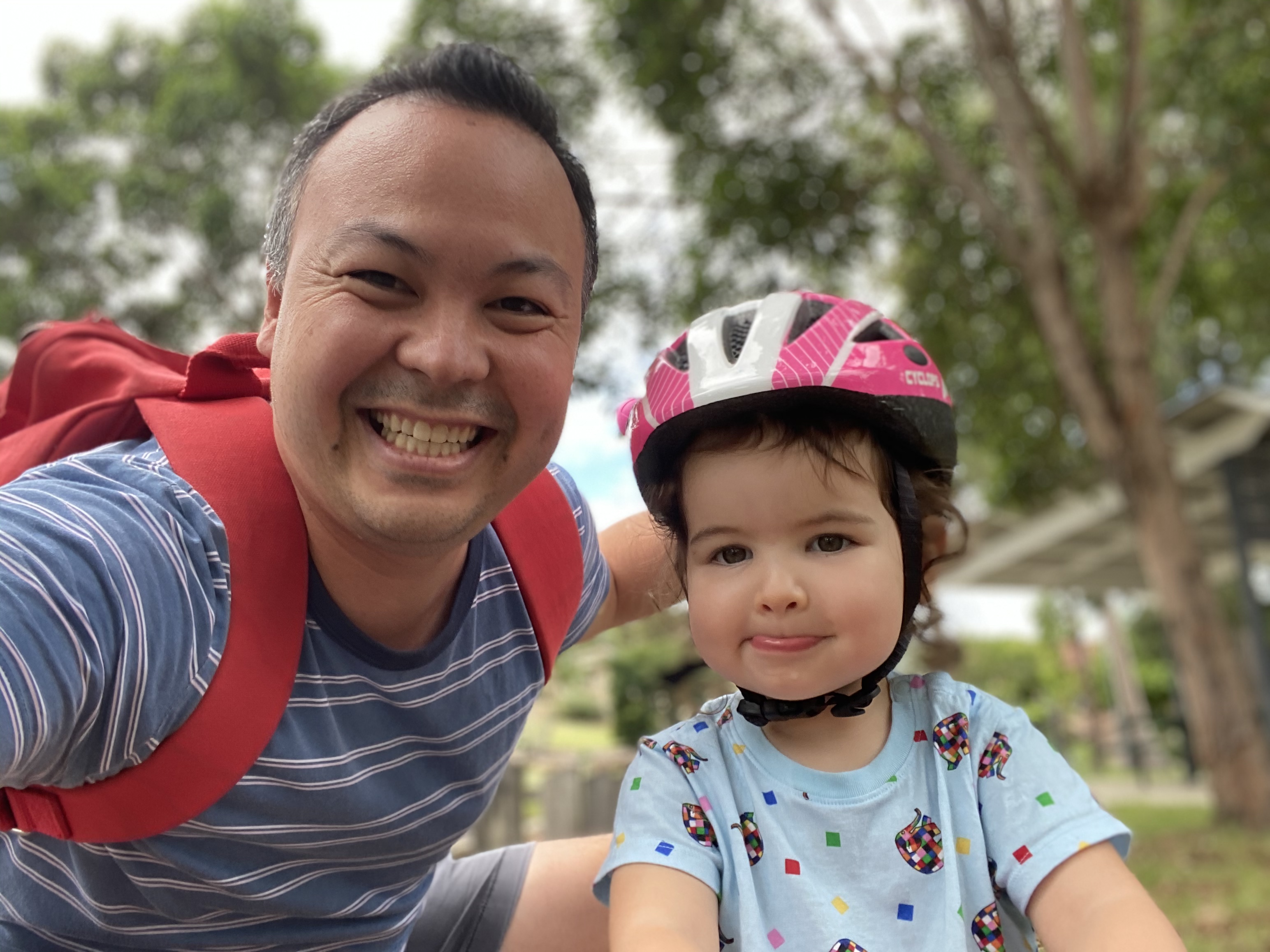 Going for a walk around the neighbourhood with Penny

March 2020 was probably the weirdest month of my adult life.  Time stood still.  You took nothing for granted any more.  Life as we had known it in the developed Western world, changed in an instant.  We all held our collective breathes to see whether these drastic isolation measures would stop the virus.  Each day, I fell into this morbid routine of logging onto a website called Worldometer and looking at their corona virus statistics from around the world.  How many tests were done.  How many new cases.  How many deaths.  Mentally I became very numb.

The early days were a struggle.  I missed my weekly routine terribly.  No netball on Tuesday nights.  No swimming with Penny on Thursday morning.  No soccer on Thursday nights.  No pub dinners with mates on Friday.  No weekends at the park as a family.  I was miserable.

Over time though, it became the new normal and there were some silver linings I began to see.  The total lockdown that came with corona virus meant we could momentarily step back from the hundred-mile-an-hour pace of modern living.  All those social activities.  Dozens of hours of new movies, tv shows and sporting events each week.  To have all of that grind to halt suddenly left you with the chance to be bored and have hours of time to yourself in a way that I probably hadn’t felt since sometime during the Nineties.

As I adjusted, I came to enjoy having Saturday nights in with the family.  We put on music, opened a bottle of wine and did jigsaw puzzles or watched classic movies.  It was nice and relaxing.  I even managed to read a book or two and get around to some projects around the house.  We tidied the garage and converted it into an entertainment space.  We built some Lego for the first time in years.  There was even a little bit of blogging here and there (!). 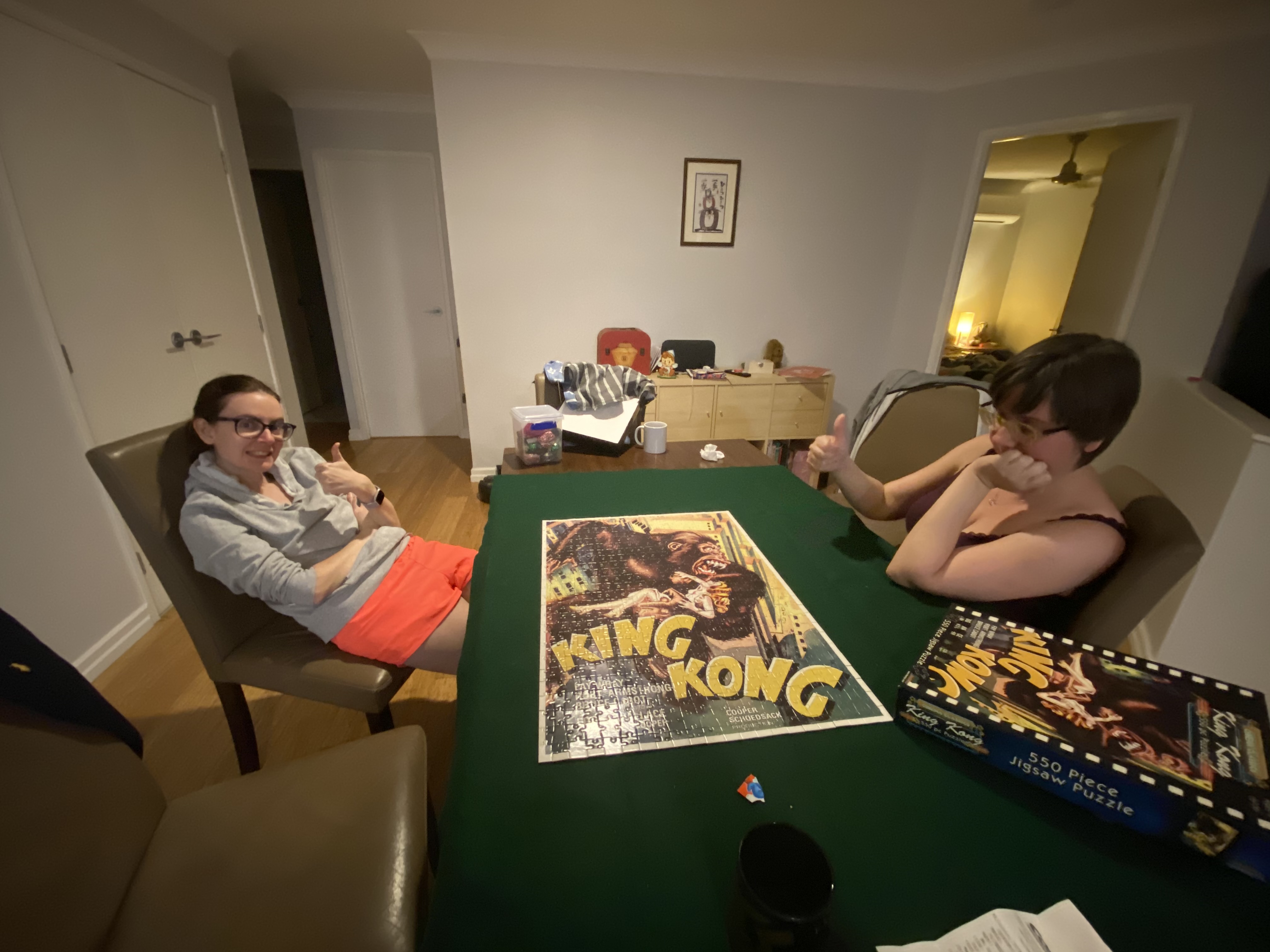 A regular activity during Saturday nights in lockdown

I’m writing this in June and what’s become apparent is that even though most of the world entered into this pandemic together, we won’t actually come out the other side at the same time.  New Zealand got down to zero cases a week ago.  Australia looked like it could follow suit but just as Queensland got down to 2 active cases, Victoria shot up by 20+ in a single day.  My parents are in lockdown in the U.K which has been hit hard and recovery is slow going.  It looks like it will be weeks or months before the isolation guidelines can be relaxed.  Then there is the United States which has had a catastrophic response to the pandemic and with active cases in the hundreds of thousands, its not even clear what the road to recovery actually looks like.

My primary concern is the well being of my family in our little corner of the world.  I’m happy that our state is recovering rapidly, people are behaving responsibly and we might return to some sense of normality soon.  For many reasons, 2020 has been an extraordinary and unparalleled year.  After these past few months, I take nothing for granted and strive to truly appreciate every small measure of comfort, convenience and freedom that my family enjoys.