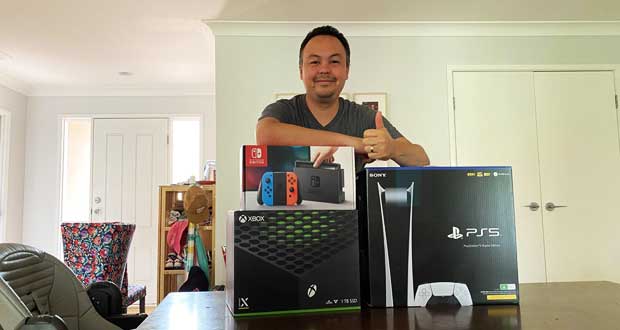 To show just how little I know about video games, I speculated to some friends in October that Microsoft and Sony should delay the launch of their upcoming consoles by a year because of COVID.  In this economy, with widespread job uncertainty and mass unemployment, who would even be looking to splash out $750 bucks on a new electronics device that plays games???

As it turns out – everyone.  Both consoles have proven to be extremely popular.  As in – crash retail websites and sell out in under a minute – levels of popular.  Getting your hands on either of these consoles, no matter where you lived in the world, proved to be an absolute bitch.  You were up against it, wrestling with millions of other gamers, scalpers, bots and god knows who else.

Surprisingly, I was able to secure a launch day Xbox Series X and Playstation 5.  I put it down to dumb luck really.  The Series X I got in a third wave of EB Games online preorders.  The PS5 was secured via Jen’s Amazon Prime subscription.  Both required sitting at a computer and hammering the refresh button at the very second the pre-orders went live.

I’m happy with my Series X and playing Assassin’s Creed Valhalla and Yakuza Like A Dragon on it.  The PS5 we got was the digital version and as more information came to light about storage capacity and the price of games ($120 RRP?!), I decided to sell it to a friend and will pick up the premium version with the disc drive at some stage in 2021.

I’ve had a chance to play both consoles on launch week and these are my first impressions of the new Xbox and Playstation. 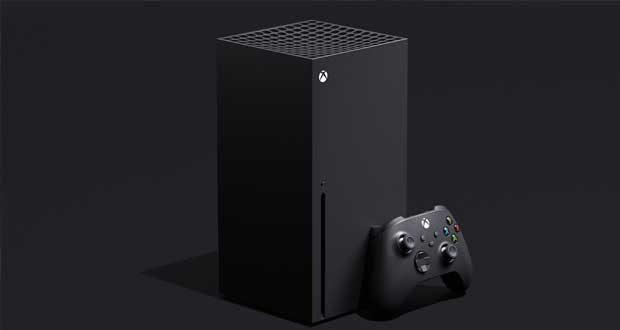 The Xbox consoles have had an interesting trajectory with their hardware design.  The original Xbox was nightmarishly large and garish in design.  It looked like a Mountain Dew executive or the box art designer for PC graphics cards designed it.  Then the Xbox 360 took a more playful approach with its curvy form factor and replaceable face plates.  But now it looks like Microsoft have settled on making the Xbox a literal box – discreet, unassuming – that sits inoffensively in your living room, largely indistinguishable from a smart home hub.

The Series X is designed to stand vertically like a tower.  You could theoretically lay it on its side but after an hour of gaming, its clear that Microsoft have basically given this thing the design functionality of a chimney.  The console is almost imperceptibly silent when operating but it runs hot and emanates hot air out out of that grill on the top.

It’s not a patch on my favourite console designs – the Super Famicom and the PS One – but I think it looks fine.

The controller is largely similar to the Xbox One iteration but with some small, subtle improvements.  There’s now a dedicated share button and there is some texturing on the grip which gives it a nice, premium feel.  The dpad has also been given an upgrade.  Honestly, it’s pretty great and I’ve no complaints.

Thanks to the integration of an SSD drive, this thing runs lightning fast.  The UI is identical to last generation but it actually feels pleasant to navigate.  You might recall that the Xbox One UI absolutely suuuuuuuuuuuuuuuuuucked on a grand scale.  It took like a minute to load and there was a perceptible lag as you navigated through its menus.  With the Series X, it takes mere seconds to boot up and navigate its interface is satisfyingly snappy and intuitive.  There is also a fantastic new feature – Quick Resume – that allows you to switch between up to six games at any given time.  Its too early to tell but this may well end up being one of the new Xbox’s most game-changing feature.  It’s unique to the system, offering a convenience not even the most beefy PC currently allows, and feels fantastic when it works.

Of course, its not perfect.  Some games don’t have the feature at all, and its prone to buggy-ness with others (particularly games that require a persistent online connection).

But honestly, the speed of the load times thanks to the SSD is the star here.  It will feel very hard to go back to old consoles after this.  Especially the slow-ass Xbox One.

Thanks to the fantastic Game Pass service, on launch day you can play over a hundred titles spanning FOUR generations of consoles (Xbox, Xbox 360, Xbox One, Xbox Series X).  Many of these older games will look better, with improved framerates, resolutions and load times.

But lets be real, it is also crushingly disappointment to have a powerful new console that touts its hardware strength and not have a single launch title available that was designed from the ground up for the Series X and looks like a proper showcase for the system.  The absence of Halo Infinite at launch also stings.

At the end of the day though, I do think this is one of the better launch line ups I have experienced with a console.  Assassin’s Creed Valhalla and Yakuza Like A Dragon might not be “proper” next gen but they are immensely fun to play and look sensational in 4k resolution and 60 fps.

I have high hopes for the Series X.  Microsoft have delivered a powerful console, that is squarely focused on games, that offers immense value thanks to Game Pass.  It’s future prospects look very strong thanks to Microsoft’s first party stable of twenty studios.  I do have concerns about the limited hard drive space.  1 TB isn’t enough and buying memory expansion packs at $300 a pop isn’t a great solution.

The most glaring problem is the absence of next gen games.  I hope Microsoft gets moving and starts delivering on these titles and give us a clear roadmap on when we can expect Halo Infinite and some of the other heavy hitters on the horizon (Elder Scrolls VI, Starfield, Avowed etc). 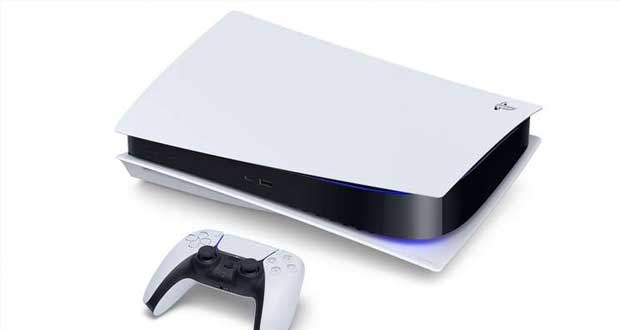 Let’s cut to the chase.  This is probably the worst looking mainstream console I’ve ever seen.  What on earth were they thinking?

The Playstation 5 is absolutely gargantuan in size.  I’m going to assume its the largest home console ever made?  It is inconveniently largely for many people and will require a lot of people to either completely reconfigure their layout under their tv or just straight up buy a new tv cabinet to fit this thing.

I was also willing to give its unconventional design a chance until I saw it in person.  But now that I have, I can confirm its terrible.  There’s just acres of white space that almost certainly will be a dust magnet and get discoloured quickly over time.  I just don’t get what its supposed to be.  The Series X has a particular form factor that is designed in a way to funnel heat out the top of the device.  The PS5’s freakshow design doesn’t appear to be in service of anything.  It’s just strange looking for strangeness’ sake.

The aesthetic design of the controller is also a bummer (I’ll miss the iconic coloured face buttons) but happily, it does actually deliver one of the most intriguing new features of the system.  The haptic triggers on the controller are a feature no one knew they wanted, but are showcased fantastically in the free launch game Astro’s Playroom.  The tension and rumble motors in the controller are a huge step up over anything we’ve experienced previously and make actions like skating over ice or drawing a bow feel more convincing.

It remains to be seen what kind of a battery-hog these things could be, but on face value, it’s quite a meaningful point of difference to the Series X and I wouldn’t be surprised if Microsoft look to add it to future controllers if it proves to be a hit on the PS5.

Again, I’m not sure what Sony were thinking here but most of the changes they’ve made to the UI have been terrible.  They literally broke things that didn’t need fixing.

The power on/off button for two generations (10+ years) has been to press the PS button on the controller and choose shutdown.  They removed that function and made it harder to find.

The shared images and video content used to be neatly stored in its own app/folder on the PS4.  They changed that and made it slower to access.

The Xbox Series X smartly and seamlessly distinguishes between old and new console versions of the same game.  The PS5 inexplicably defaults to the downloading the PS4 version of cross-compatible games.

All of these are quirks that can be fixed and iterated upon in firmware updates.  But it sucks that they’re all there now and its inexplicable that most of these issues weren’t a problem last gen.  They literally re-designed the UI and made it harder to find the most popular functions.

The Playstation 4 absolutely monstered the poor Xbox One in market share last generation and the most meaningful point of difference for me was the first party games.  Sony has Spider-man, God of War, Horizon Zero Dawn, Astrobot, The Last of Us, Ratchet and Clank, Days Gone and countless others.  Microsoft had Forza and a couple of other games at best.

Inexplicably, despite Microsoft acquiring so many new studios and having a barren first party software line up in the last four years, they don’t really have anything for launch.  Sony on the other hand is an embarrassment of riches once again with Miles Morales, Demon’s Souls and Sack Boy all coming up roses with both fans and critics alike.  There’s even a decent line up of smaller scale games drawing attention including Bugsnax and The Pathless.

A pipeline of high quality exclusive games doesn’t appear to be a problem Sony will have with the PS5.  Business as usual.

Look, its a games console and the Playstation 5 inarguably has the safest and most assured line up of graphically impressive, next generation experiences on the horizon.  And at the end of the day, that’s the main thing you could ask for.  But the design of the console and UI is pretty average and Sony’s refusal to budge on better supporting their back catalogue of games (PS1-3) still chafes.

I expect the system to deliver some of my favourite games of the next few years but I do hope a superior redesign will eventually grace us.