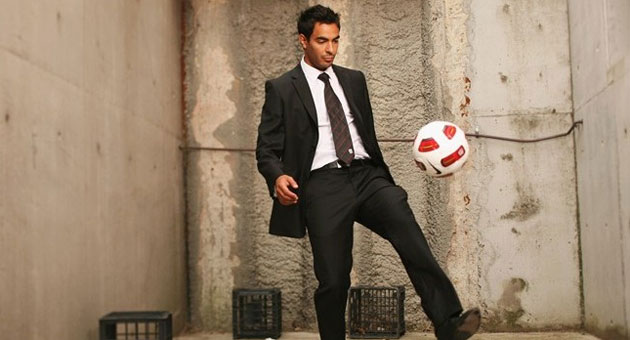 Adelaide United announced today that star midfielder Marcos Flores would be leaving the club.  Flores made a huge impact in his single season at AUFC, deservedly winning the Johnny Warren Player of the Year award.  In its infancy, the A-League sure had its share of shitty import players that were overpaid and either put in a half-arsed effort or weren’t that great to begin with.  Flores was nothing like that.  He was a human highlight reel who played positive attacking football with real flair.  He was brilliant on the field and off it he embraced the Adelaide supporters and was a wonderful ambassador for the game in Australia.  In short, Flores was exactly what the A-League needed:  A guy that people would pay to see.

It’s going to be an on-going challenge for the A-League in its current structure to compete with clubs around the world with bigger chequebooks.  Currently, the salary cap for each club is $2.4 million for the entire squad.  I’m a big believer of the salary cap system which offers a level playing field for all clubs to compete.  The A-League in six years has already produced a greater variety of winners than the English or Scottish leagues have in the last twenty years.  But when we’re losing talent like Flores to <double checks spelling> Henan Jianye FC for the princely sum of <squints> $500,000, you wonder if there isn’t more we could do to keep these people in Australia.

Anyway, I feel lucky to have had a chance to see Flores play in person.  I’m sad to see him go but wish him well.  I leave you with a highlights package of his efforts from the A-League 2010/11 season.