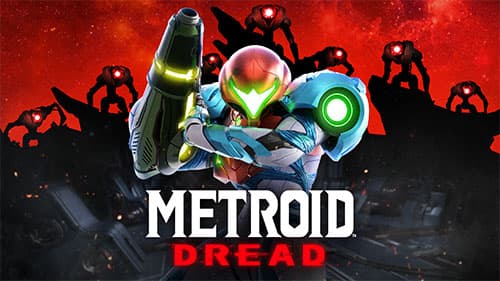 Metroid is a Nintendo franchise with a history as long as The Legend of Zelda, Super Mario Bros and Kirby.  Its lead character – the intergalactic bounty hunter Samus Aran – is ever present on Nintendo’s promotional material and has been a mainstay in their crossover platform fighter Super Smash Bros.  But the Metroid series is also a quiet sales performer by Nintendo’s standards, with none of the games ever selling more than two million units.  There also hasn’t been a newly made 2D Metroid game in nearly two decades.

After all this time in the background, the Metroid series suddenly found itself in an unusual position of prominence when development on the sequel to Legend of Zelda: Breath of the Wild couldn’t be completed in time for the holiday season of 2021.  All of a sudden it was MercurySteam’s Metroid Dread that would be positioned as the marquee title for Nintendo’s console during this holiday season. 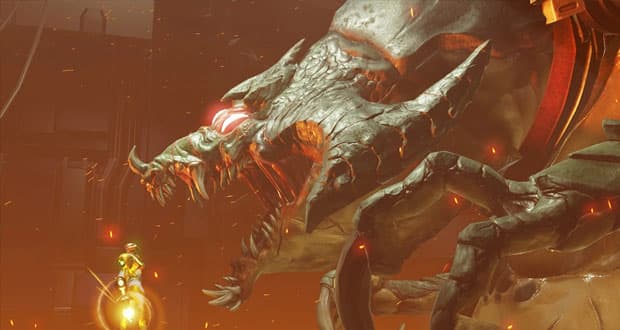 Metroid Dread has been generally well received and has broken sales records for the series since its launch.  Like a lot of other Nintendo Switch owners, Dread was also my first ever Metroid game, despite owning every single one of their consoles since the Super Nintendo.

My first impression of the game was one of surprise.  The narrative was surprisingly dense and filled with references to previous games which I didn’t expect.  I had always assumed Samus to be a mute hero and that the stories would be self contained and largely unimportant.  It turns out this is not the case.

When the Galactic Federation detect the presence of the alien mutant strain X on the planet ZDR, they send down seven deadly canine-like robots called EMMIs to wipe them out.  When contact with the EMMIs is abruptly lost, the Federation then sends down Samus to investigate.  Samus is quickly attacked by one of the EMMIs and is she tasked with regathering her abilities, dismantling the rogue EMMIs and finding out what is causing all this havoc on ZDR.

The EMMIs are the most prominent new feature to the Metroid series.  These ruthless robot creatures roam contained areas and are effectively unstoppable until Samus can find an Omega Blaster to kill them.  Unfortunately for Samus there are only seven blasters, effectively one for each EMMI, so most of the time you have to run for survival (hence the name of the game).  The EMMIs are also absolutely lethal.  If they catch Samus they kill her in an instant (even if you have a full bar of health) and there are only two tiny windows of opportunity to counter their attack and escape.

In short, Metroid Dread is HARD.  There isn’t a fatality counter but the number of times I died would sit in the hundreds.  Fortunately the game is very generous with checkpointing and nothing of value is permanently lost when you’re killed (a big departure when compared to its contemporaries Hollow Knight  and SteamWorld Dig 2).

My initial impressions of the game weren’t great.  I found the EMMIs incredibly frustrating and dying constantly wasn’t very enjoyable.  The moody and oppressive atmosphere that the game initially crafts basically ebbed away as I came numb to dying repeatedly and I would do my fifth or sixth run through an EMMI-centric area.

I also found the controls to be oddly fiddly.  Not since Metal Gear Solid 4 has a game asked me to hold down three different buttons just to fire a single missile.  As you acquire more weapons and abilities, it became a battle of mental gymnastics to navigate Samus through the environments, trying to remember the right button combinations to dash, parry, slide and shoot rockets.

I very nearly fell away from seeing the game through. 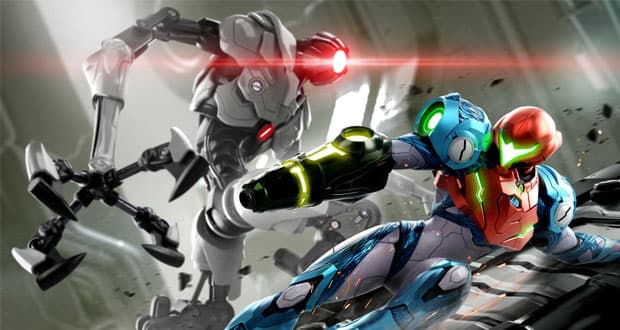 I’m glad I persisted though because eventually something clicked.  Once I began to control Samus more effectively, the versatility of her arsenal and the wonderfully satisfying locomotion of her movement and combat shone through.  The presentation of the game environments is very polished and I came to appreciate how skillfully MercurySteam created ZDR in terms of visual cues for where to go next and the litany of hidden treasures that reward exploration and experimentation.  The in-game map is filled with helpful markers that guide navigation and treasure-hunting, plus the absence of any fast-travel ensures players still need to familiarize themselves with the environment and master Samus’ abilities to explore them to the fullest.

Eventually the EMMIs, which initially felt stressful and insurmountable, became much more manageable to deal with.  I don’t think I ever really fully ‘enjoyed’ taking them on, but they stopped being the major hinderance they initially were.

Where the game really shone for me is the incredible boss battles, of which there are several, that represent the game’s biggest challenges.  I’m not someone who normally engages with hard games.  I’ve never finished a Soulsborne game and I generally stick to Normal difficulty mode.  Metroid Dread doesn’t present the player with the luxury of choosing a difficulty setting.  It’s just hard.  Fortunately for me, it pushed me to my absolute limits but never exceeded them.  I began to really enjoy encountering a new boss and initially being overwhelmed by how difficult they were, before methodically learning its patterns of attack and after many, many, many deaths, finally overcoming them.  Its not uncommon to battles bosses that have three or different stages of attack and its hugely satisfying when you’re finally able to smoothly string together the right combination of parries, jumps and missile attacks and bring them down (often without taking any damage once you’ve worked them out).  The game’s final boss really puts you through the ringer and calls upon the use of most of your arsenal.  Looking at online guides and message boards I can see they represented such an overwhelming threat that there are people who simply opted to walk away from the game unfinished at the final hurdle.  The infamy of this boss battle certainly contributed to my sense of accomplishment when I finally brought them down.

I can’t remember the last time I played a game where my opinions flipped as hard as they did with Metroid Dread.  Yes, its difficult.  Yes, the EMMI encounters could be significantly improved.  But even with those shortcomings, the qualities of Metroid Dread far outshine the negatives.  I’m glad I finally played, persisted and completed a Metroid game.  It frustrated me at first but it ended up being one of my favourite games of the year.

Bounty hunter Samus Aran explores the planet ZDR and is tracked down by deadly robot enemies known as EMMIs.

Summary : Be prepared to die a lot. Metroid Dread is extremely difficult by the standard of most Nintendo games but for those who persist, there is a fantastic experience that awaits.