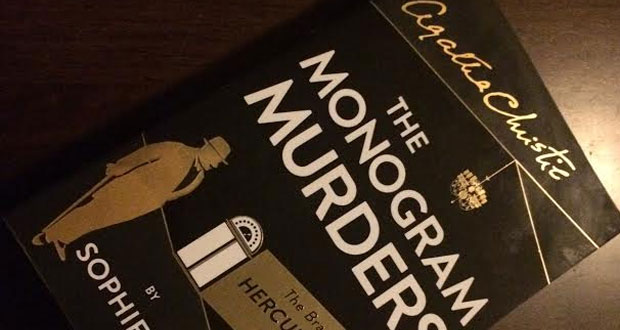 “‘All’s I’m saying is, I don’t like her,’ the waitress with the flyaway hair whispered…

What are your thoughts on a new writer picking up and running with an established work of fiction after the original author has passed away?  My gut reaction is that it would likely result in a pale imitation and is an endeavour best avoided.  Having said that, I’ve never read anything that fits the scenario I’ve described so I have no actual example to back up my assertion.  For instance, I never read Christopher Tolkien’s books about Middle Earth.

Upon further consideration, I’m also not that fussed about the importance of retaining a creator’s vision if their work ends up outgrowing or outliving them.  Lets be real, plenty of us are happy to have more Star Wars but I haven’t seen a single person clamouring for George Lucas to be involved in the project.

Lastly, Agatha Christie’s Hercule Poirot novels are populist thrillers, not works of high art.  Christie pumped out 83 stories with the Belgian mastermind, despite tiring of the character about halfway through.  It’s clear that there’s a formula to the books which could conceivably be mimicked quite successfully in the hands of the right author and the popularity of the reprints and the David Suchet television series tells us that there’s a market for more Poirot.  I am part of that market.

All this is a long and round about way of saying ‘Yeah, if someone published some good quality Hercule Poirot fan fiction, I’m down to give it a go.’  That opportunity has finally been granted by the Christie Estate to Sophie Hannah, a British crime author.  I’ve never read any of her work before but she has a good reputation.  The Guardian review of The Monogram Murders values her original works very highly and credits them with superior writing and craftsmanship when compared to Agatha Christie.

The first thing I can say about The Monogram Murders is that Hannah has done a commendable job in crafting a Christie-esque murder mystery.  The set up is superb.  Three dead bodies are found at the Bloxham Hotel in three separate rooms, all with the victims laid neatly on the floor with a monogram in their mouths.  On the same night, Poirot meets a terrified woman who fears for her life that he suspects is somehow connected to the monogram murders.

Add in some fanciful British scenery – the luxury hotel, a quaint country village that harbours a dark secret, a rustic cafe with an eccentric owner – and you have yourself all the makings of a bona fide Poirot murder mystery.  The greatest compliment that I can pay to Sophie Hannah is that often times, I would forget that I was reading a non-Christie Poirot story.  She captures the Queen of Crime’s literary voice better than I had anticipated.

That is until, some cracks begin to appear.

Hannah’s Poirot doles out the expected French quips and the one liners about the shortcomings of British culture and cuisine.  But he feels a bit off.  In Christie’s books, and definitely in the earlier works, which is the same time frame that Hannah places her story, Poirot still retains a certain affable charm that draws the reader’s affections.  I think Hannah doesn’t quite achieve the same quality with her version of the Belgian master.  In her adaptation, Poirot is continuously and needlessly obtuse and withholding of information.  He is diligent in working to solve the case but he is also rather workmanlike in his approach.

Perhaps part of the reason Poirot feels so stiff and dry is thanks to the narration which is told from the perspective of Edward Catchpool, a detective from Scotland Yard who keeps Poirot company.  Catchpool is the poor man’s Chief Inspector Japp and he certainly doesn’t hold a candle to Poirot’s other famous sidekick Captain Hastings.  Catchpool has all of the blunders and investigative short comings of those aforementioned gentlemen and none of the charm.  He is a straight man with no discernible quirks to make you care for him.  It’s like Japp finally got to have a holiday with his wife and left Poirot to hang out with his much less interesting, equally incompetent second-in-command.

The murder mystery itself starts off in thrilling fashion with plenty of potential and then gradually, it begins to fizzle as more details are revealed.  In fact, the final revelation as to how the crime was committed is so contrived that it requires not one, not two but three attempts at telling the tale.  By the time I reached the third explanation – it was like the first version of events, except with the details of what you heard the second time but with a third revelation that the first guy was lying all along so the details of the second explanation was actually in reference to a third party… – I was left flat.  The mystery was convoluted, not clever.

The Monogram Murders was an interesting literary exercise.  I wouldn’t exactly call it an unfettered success but I admire Sophie Hannah’s attempt at reviving Poirot.  It helped me appreciate what Agatha Christie did so well with the Poirot stories and it also made me realize that if someone could add a little colour to the characters in The Monogram Murders, you could absolutely make a new Hercule Poirot story and have it rival the best of the original works.