It’s been a little over twelve months since The FAT Website came back from its downtime in 2008 to 2009 when our hosting expired and the site was rebuilt from the ground up with a new design.  I thought since we’ve passed the one year anniversary of our return, it would be a good time to reflect on how the site is tracking, using the data provided by our good friends at Google Analytics.

In terms of the actually number of unique visitors, The FAT Website did 1,200 in the month of June and that has been a part of a steady upward trend all year.  Compared to when we first came back last year and had approximately 10-20 daily readers, we’re now pulling around 70-80 a day.  While this is still a far cry from the site’s peak in popularity back in 2001 when we had 500 unique visitors a day, its still not too shabby.  Your average TFW reader views about ten pages a month and spends roughly 1 minutes 40 seconds per viewing.

For some reason, we get very little traffic directed our way from search engines.  Google sends us about 200 a month and then the rest do less than 50 combined (Bing, Yahoo, Ask etc).  As ever, some of the keywords people use to come across our site are interesting to say the least. 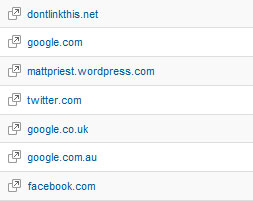 Justin’s site DontLinkThis still sends us a lot of traffic each month.  As does Matt’s other blog and social networking sites Twitter and Facebook. 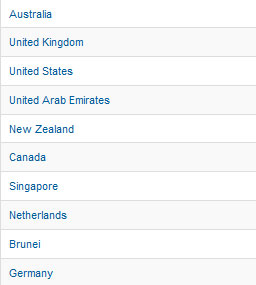 The top ten countries where our viewers are located is more or less in line with where the TFW staff live.  Our readership is mostly friends and family.