TV Show Round Up: The Royal Rumble 2012 preview 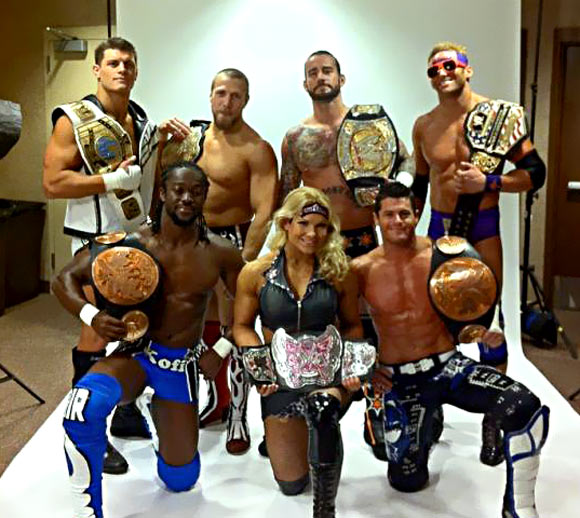 After the December 2011 pay per view TLC, the WWE had its most talented (and awesome) roster of champions in some time.  Most notably, the holders of the two biggest titles in the company are CM Punk and Daniel Bryan, two Ring of Honor alumni who are both awesome wrestlers and a different mould to the prototype WWE star. Bryan is a vegan, Punk is straight edge and both are much smaller guys than your typical WWE champion.  Having followed their careers from ten years ago when they were wrestling in front of crowds of 500 people and or less, its great to see both of them hit the big time.

Although the TLC PPV is generally not a top tier show and doesn’t usually carry much significance, this year’s event was notable for what seemed like a changing of the guard in the company.  It’s been nearly a decade since the major belts in the company were not held by John Cena or Randy Orton.  If those two weren’t champions then they would almost always be competing in the title match.  At TLC, neither performer was on the card.  The show was packed with solid matches up and down the card and the new champions are all worthy wrestlers who are over with the crowds and worked hard for their spot.

In the weeks after TLC its been heartening to see that the WWE has actually gotten behind Punk and Bryan as the focus of their product.  Both have been consistently headlining their respective shows RAW and Smackdown and have also been given plenty of mic time throughout the show.  With a bit of luck, both will become long term fixtures in the main event.  Seeing Punk and Bryan, two of my favourite wrestlers today, simultaneously holding the two major championships in the company today brings back memories of the summer of 2004 when Eddie Guerrero and Some Guy, my two favourites back then, were both champions.

Unfortunately, things ended rather badly.  Guerrero died of heart failure a year later and Some Guy went on a murderous rampage and has been wiped out of the WWE history books ever since.  Hopefully with Punk and Bryan being drug free and a couple of nerds, that won’t happen this time.

This coming Sunday is my favourite PPV of the year – the Royal Rumble!  Its almost always an awesome show and this year is one of those years where there is no obvious winner leading into the show.  The build up leading into the event suggests we might have our first ever Irish winner in the form of Sheamus but I’m throwing my support behind the Millenium Man Chris Jericho who appears to be doing a Mayan calendar gimmick, promising that on Sunday it will be ‘the end of the world as we know it.’  Either that or its an R.E.M gimmick.

Wrestling is awesome again and I couldn’t be happier 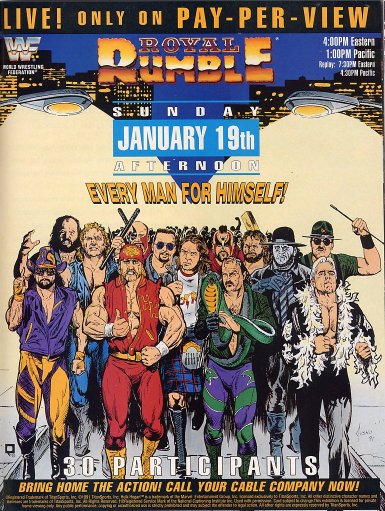 “Ladies and Gentleman, it is now time for the Royal Rumble. Earlier today the 30 participants who entered, drew numbers at random. In just a few moments the individuals who drew number one and number two will be in the Royal Rumble and every two minutes thereafter another individual will enter the ring according to the number he drew. Remember, in the Royal Rumble it is Every Man For Himself. And elimination occurs when a wrestler is thrown out over the top and both feet touch the floor. The one man remaining in the ring after all 30 participants have entered will be declared the winner of the Royal Rumble and will go on his way to face whoever the champion is at Wrestlemania!”