It just wouldn’t be a complete election without a Liberal party member or supporter providing us with some dodgy race-baiting xenophobia and hardline religious bigotry for us to shake our heads at.

If you recall in 2007, some Coalition supporters in the marginal seat of Lindsay thought that handing out these flyers, posing as the ALP, would be a good idea: 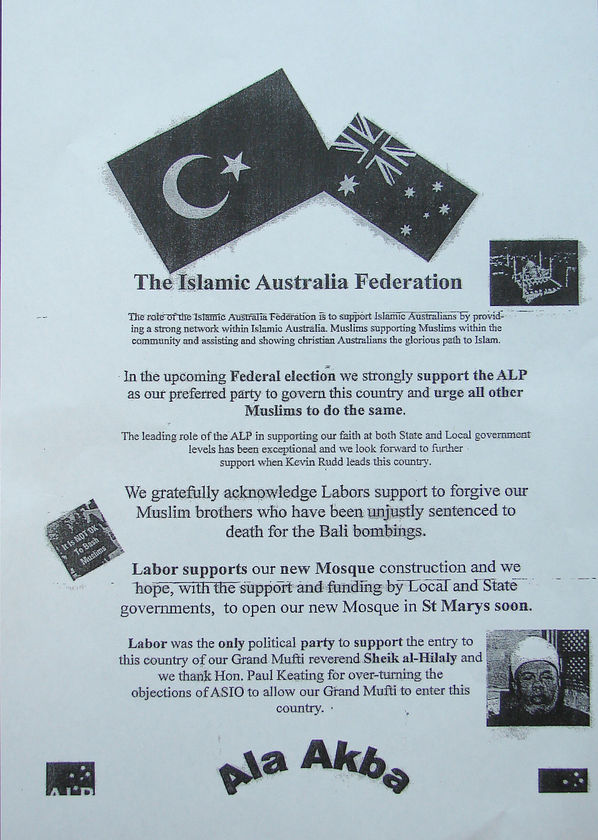 Well, in 2010, the Coalition hasn’t disappointed! 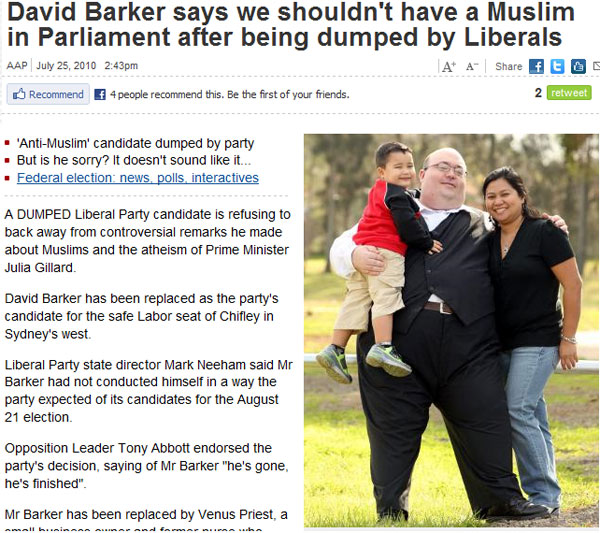 David likes to wear tiny ill-fitting clothes and spends his time inciting religious hatred and eating babies.  He posted a Facebook status update proclaiming that “I vote for freedom of worship if the worship is of Jesus Christ or The Jewish God anyone else well they are worshipping a false god anyway so who cares.”

Barker’s assertion that Jews and Christians had dibs on timesharing the role of ‘true god’ didn’t go down so well when the story hit the media and the Liberal Party have since disowned him.