Here’s what I’ve been watching on the telly this week: 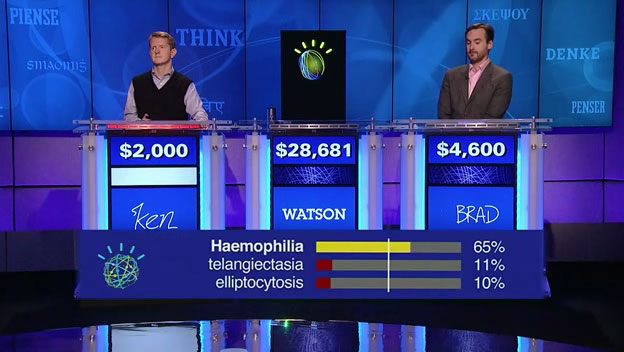 I normally never watch the game show Jeopardy but I was drawn in by their recent IBM Watson series.  You might recall about ten years ago when IBM created a computer named Deep Blue that played a series of chess games against the grand master Gary Kasparoff.  Well, this series of Jeopardy pits former champions Ken Jennings and Brad Rutter against a computer named Watson.  It’s both fascinating and creepy to watch.  Although I must say, it was a missed opportunity by IBM to not give Watson a face.  It would’ve been even better watching him destroy his competition with a big emoticon smiley face on the screen.

For anyone who enjoyed the BBC Nature documentary series Planet Earth and Life, I highly recommend this latest series Human Planet where the crew turn their attention to humans who live in extraordinary environments.  Episodes are divided into varying terrain themes (jungle, desert, mountain etc.) rather than geographical regions.  The highlights of the program are the gorgeous high quality videos and an uncanny ability on the part of the creators to uncover some truly mindblowing footage of what people do to survive.  Whether its children catching tarantulas with their bare hands in the jungle, eskimos hunting whales under ice or tribesmen building treehouses twenty metres above the ground, this series has a near endless ability to educate and amaze. My favourite episode by far has been the jungle one. 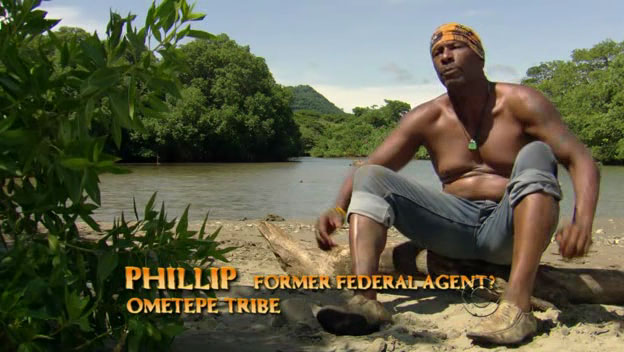 Well, the latest season of Survivor is only one episode old and already it feels better than last season.  This time around, the casting crew have really delivered an intriguing batch of contestants who range from savvy newcomers who have studied the game on tv, starstruck pretenders who flock to the big stars, war veterans, NFL players and a hilariously entertaining crazy man who somehow slipped through the show’s mental health checks during the casting stage.  I believe Phillip is the first player in Survivor to have a question mark listed after his occupation as it is highly likely that his ongoing claim of being a ‘former federal agent’ is completely bogus.  Phillip does, however, run around the island acting as if life is his own personal episode of 24.  He insists on calling himself Agent Shepard.  He doesn’t talk to people, he interrogates them.  Even when they are people trying to form an alliance with him!  His instability lead to a memorable first tribal council.  Perhaps the best opening tribal in the show’s history.

I know some people didn’t like seeing Boston Rob and Russell Hantz return onto the show but I certainly don’t mind having them back.  It was great seeing Russell get up to his old tricks by forming an alliance with a young girl on Day One and Boston Rob showed major cajones with his powerplay at the tribal council.  I think we’re in for an entertaining season ahead.

Previous: The King’s Speech
Next: Youtube Friday: Something so impressive