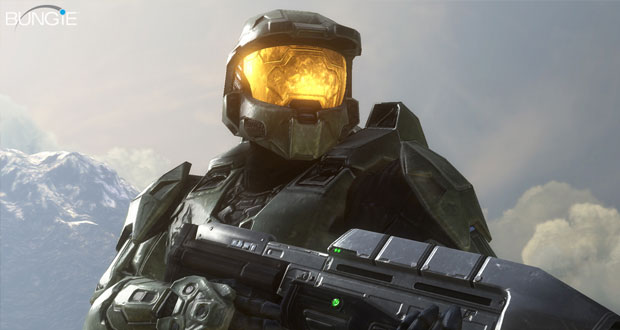 It’s all about value and community.

Halo 3, the final chapter in the flagship trilogy on Microsoft’s Xbox consoles, is marketed under the tagline of ‘Finish the Fight’.  If its referring to the actual story in the Campaign mode, that fight will take you roughly 10 hours to complete.  As a space opera, Halo is certainly one of the better examples in video games but it is still filled with some hokey dialogue and the story is occasionally difficult to follow.

Far from resting on their laurels however, Bungie’s Halo 3 is still every bit as revolutionary as the previous two installments.  The original Halo was an important step on video game consoles at the time for its combination of high-end graphics and gameplay design which introduced the rechargable shield health system and the two weapons limitation on the player.  Halo 2 kept that formula but upped the ante on the vehicles that the players could use and introduced the biggest and most robust online matchmaking system on Xbox Live which was only bested 2 years later with the release of Gears of War, which rivalled Halo in terms of popularity but not functionality.

Halo 3 once again sticks with the same formula for the gameplay, save for some minor tweaks to the control scheme.  The biggest development with Halo 3 is the incorporation of features to foster user-generated content.  Web 2.0 and user-generated content were the Internet buzzword of 2006 and saw the explosion in popularity of YouTube, Facebook, MySpace and more.  Although Sony and Microsoft have made pledges to incorporate similar features to the frontends of their consoles, neither have yet made good on that promise.  We are still awaiting the release of Media Molecule’s Little Big Planet which is designed around this concept and Microsoft is yet to realise their promise of becoming ‘the Youtube’ of video games by making homebrew XNA titles available on the Xbox Marketplace.  What’s exciting about Halo 3 is that its already here, has a great interface and comes with a built-in audience in the millions.

The new Forge level editing mode allows users to tweak the Halo multiplayer maps to their choosing and even better, allows multiple users to do so on the fly and jump in and out of level design and playing the game.  Although the geography of the levels cannot to be altered, almost everything else can be, including the rules of the game, the weapons, vehicles, props and spawn points.  Already within the first weeks of its release, there has been platform games, racing games, baseball games and pirate ship battles that have been created by users of Forge and then shared to the wider Halo community.  The beauty of Forge lies not only in the flexibility of the mode but the ease in which users can share the best designs.  As the Xbox 360 and Halo 3 has the largest online audience and the most active community for a console game, this creative outlet which Bungie has designed gives the game incredible longevity.

If you have fun playing these countless variations of the game, chances are, you’ll enjoy reliving them too.  Bungie have also created a flexible Theatre mode for gamers to relive their 25 most recent matches (with a further option to permanently save them).  Users can move a camera around the environment and create images and movies to share with their friends.  This mode has an educational value where its possible to learn the techniques of the best players but will most likely be used as a source of humour and machinima.

If you didn’t enjoy the gameplay in Halo 1 or 2, you still won’t like it here.  The graphics are not as cutting edge as they once were but that comes as a concession to the multiplayer modes which are almost always rock solid despite the game not having dedicated servers for online gaming.  Its clear however, that Halo 3’s tight multiplayer level design and well balanced weapons are a huge hit with a lot of gamers and hopefully there are other developers out there who are now going back to drawing board and looking to incorporate their own equivalent Forge and Theatre modes.  The existing framework for the campaign and multiplayer are already great.  Its the potential around the size of the fanbase coupled with the Forge and Theatre modes that make Halo 3 one of the most important games in the current generation so far.

Platform:  Xbox 360 Developer:  Bungie Publisher:  Microsoft Game Studios It’s all about value and community. Halo 3, the final chapter in the flagship trilogy on Microsoft’s Xbox consoles, is marketed under the tagline of ‘Finish the Fight’.  If its referring to the actual story in the Campaign mode, that fight will take you roughly 10 …

Summary : An ambitious, inventive and brilliant conclusion to the Master Chief trilogy. Bungie have delivered an inventive and quality shooter that is loaded with value and creativity.

Previous: King of Kong: A Fistful of Quarters
Next: Super Mario 64 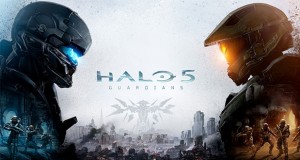