Don't Miss
Home > Film > Rise Of The Planet Of The Apes 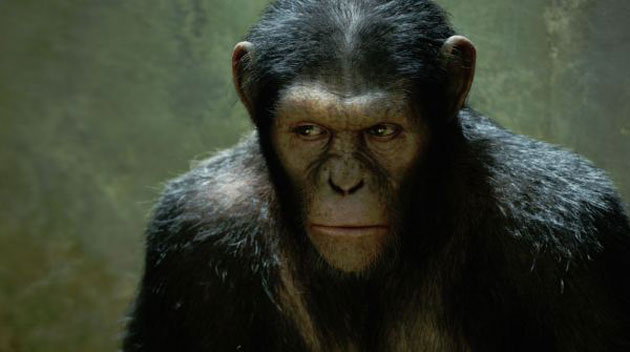 The Rise of the Planet of the Apes wins two prizes – firstly, it has the most cumbersome name of any film in recent memory and two, it is the best of the blockbuster films in 2011.

TROTPOTA begins by introducing us to Will Rodman, a gifted genetic scientist who works with apes to find a cure for alzheimers.  Rodman is personally invested in finding a cure – his own father who lives with him is wasting away from the illness and this once brilliant man who had a love for Shakespearean sonnets and classical piano is now a shell of his former self.

Rodman creates a serum that appears to not only restore degenerative brain tissue but also enhance it even further beyond its original capabilities.  His latest experiments appear to give his simian subjects incredible problem solving skills, a proclivity for sign language and the intellectual capacity of a young child.  Although Rodman is a scientific prodigy, he is also strangely prone to rash decision making and he curiously decides to rush his latest development to the board of directors without testing it first.  Rodman’s powerpoint presentation goes disasterously wrong when an ape escapes its enclosure and tries to kill everyone in the boardroom.  I’ve certainly given some poor presentations at work in my time but fortunately they’ve never resulted in a bloodbath.  Unfortunately for Will, the board are understandably upset and pull the funding on the project, with all the apes having to be put down.  All, that is, except one.  Rodman inherits a baby ape from a colleague who he doesn’t have the nerve to kill.  So Rodman takes the baby home ‘for a  few weeks’.

A few weeks turn into a few years.  Rodman names the baby Caesar and nurtures him as a caring parent.  Caesar, being the baby of a test subject ape, shows the same cognitive brilliance as his mother.  This upbringing goes on for several years until an unfortunate altercation between Will’s alzheimer-affected father and his neighbour causes a protective Caesar to go on the attack.  To avoid being put down, Caesar is handed over to a primate facility that is run by some movie villains that hate apes.  One of them is Draco Malfoy of Harry Potter fame (!).

While the devious ape handlers sound rather implausible (they are), they also serve as the catalyst for the film’s wonderful second and third act as we see Caesar shift from wide -eyed adolescent naivety to world-conquering chimp overlord.  Although almost all of the human roles are underwritten, Andy Serkis’ performance as Caesar is the obvious star of the show and is absolutely fantastic.  Pleasingly, the directors have full faith in making him the centre of attention and have the patience and nerve to spend an entire second act on Caesar slowly winning over the trust of the other apes and then devising a plan to escape the facility.  Apart from a smattering of dialogue from the ape handlers and some sign language between Caesar and an orangutan, these sequences don’t have much dialogue but trusts that the viewer is engaged with Caesar’s plight and is following his thoughts on how to escape his predicament.

After the cruel treatment that Caesar receives, the third act is rather cathartic as he makes a break for freedom with his army of apes and has a showdown with the military on San Fransisco’s Golden Gate Bridge.  A thrilling battle takes place, the seeds are sown for a sequel and the credits roll.

TROTPOTA was far better than I expected it to be.  Director Ruper Wyatt has just two films to his name prior to making TROTPOTA and both were pretty low profile (The Escapist and Subterrain).  I don’t know how he ended up with the Apes project but I’m glad he did.  He does a much better job than Tim Burton who simply re-hashed the original and then tacked on a different ending that didn’t make any sense.  Wyatt has some nods to the Charlton Heston original but they are done in a more subtle fashion.  In fact, rather cleverly, some of the treatment that Caesar receives at the hands of Draco Malfoy is a direct role reversal of how the apes treat the humans in the original.

How Wyatt makes this film shine in spite of its simplistic screenplay is by really playing up the film’s strengths – its exceptional computer effects and Serkis’ surprisingly affecting and nuanced performance as Caesar.  If the Academy are happy enough to give Robert Downey Jr a novelty nomination for Best Supporting Actor in Tropic Thunder, surely they can find room for Serkis’ efforts.

A final thought – when work begins on a sequel, is it possible that they could go with an even longer and more convoluted film title?  The Apes Have Now Risen And This Is What They Did Next perhaps?

Summary : If you become invested in Caesar's redemption the way I did, you will love this film. Serkis is extraordinary.

Tagged with: Draco Malfoy no Planet of the Apes 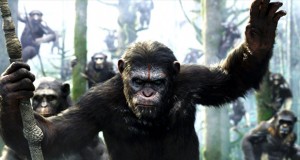 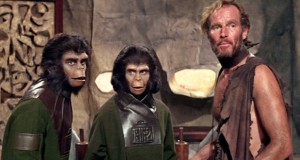