Cutting straight to the chase, Super Mario 3D Land is the launch game Nintendo should have had when they released the 3DS earlier this year to a rather tepid public reception.  For a company that typically launches hardware known for innovation, they usually lead the way with their own software to show the potential applications that these features have to offer.

Super Mario 3D Land is just that game.  Obviously, the core of the game isn’t anything that veers to far away from the what the series is known for.  It is the latest sidescrolling installment of a supremely polished franchise that tweaks and iterates rather than makes any sweeping changes.  However, many of those iterations – the use of the 3D visual effects and the gyroscope – make it an effective showcase of what the Nintendo 3DS can do.

I liked Super Mario 3D Land and I liked it a lot.  For the reasons why, let me provide some context around my favourite games in the series.

The first two Super Mario Bros. games I ever played were Super Mario Bros. 3 [NES] and Super Mario World [SNES], both of which I still put on a pedastle over the rest of the franchise.  There are several components of those games that I absolutely adore which are mostly absent in the rest of the franchise.  Namely, the ability to fly using either the tanooki suit (SMB3) or the cape (SMW).  For me, flying was as closely ingrained with the Mario formula as jumping.  Nintendo crafted the levels in those two games so finely that flight was not a game-breaker.  Sure it could be possible, particularly in the earlier stages, to fly over large portions of a level but why would you?  You would only be missing out on the fun.  Instead, flying meant another avenue to explore each stage, uncover secret areas and really expand on the scope of level design.  SMB3 and SMW are both just as much about vertical travel as they were going from left to right.

The other aspect I liked about those two games is the unabashed creativity that Nintendo poured into them.  A very clear template and visual style in the first two Super Mario Bros. games:  blue sky backdrops alternating with the occasional underground level, stages made from blocks and floating platforms that are punctuated by koopas, goombas and question mark boxes.  You run from left to right and reach a flagpole to mark the end of the stage.  Rinse and repeat.

When it came to SMB3 and SMW, Nintendo went for broke and completely changed up everything – the level design, the art style, the power ups, the enemies, the lot.  We got raccoon and frog suits, levels made out of chocolate, giants, airships, pipes, rideable dinosaurs, gridiron players and more.  One of my favourite non-sensical power ups was a giant shoe in SMB3 that Mario sits inside and hops around in.  It’s not really helpful in the slightest.  It’s just there as if the developers though What the hell?  Why not?  They were so ambitious with Super Mario World that not only did they include a hidden Star World with extra levels but they then introduced a hidden level within the hidden level that contained stages of an advanced difficulty.  The rewards for players who invested the time were immense.

Then they left it at that and after Super Mario World in 1991, we didn’t really get another ‘proper’ 2D mainline Mario game until New Super Mario Bros in 2006.  The game reviewed well at the time and I certainly gave it a favourable write up myself but in hindsight, I don’t really have much inclination to ever revisit and play it again.  It certainly feels very vanilla by Nintendo’s standards and more comparable to the structure and style of the original two Super Mario games.  Solid platforming but they don’t feature the full unfettered madness and imagination that SMB3 and SMW have.

I’m pleased to say however that Super Mario 3D Land is much more in the creative mold of SMB3 and SMW.  Structurally, its sort of like Crash Bandicoot.  Although the game predominantly has Mario running a linear track, this can often push into and out of the screen, run vertically as well as from left to right.  The art style is polygonal like the two recent New Super Mario Bros games but they are more vibrant and better animated.  The levels are a mixed bag.  Some pay homage to designs from earlier games.  Others are completely their own thing.  The same goes for the enemy design.  The classic cast are there – goombas, koopas and even tanooki powered variants – but there are also some new enemies as well.

Nintendo have also really found a new lease of life in the boss battles.  Typically, these aren’t really considered a strong point with the Super Mario Bros franchise, beyond the character design.  Yet the showdowns here against Bowser in his castle are amongst some of the most entertaing levels to play.  Particularly the showdown in World Eight in which the battle goes for the better part of an entire level.  The game also has a tip of the hat to fans of SMB3 and SMW as both airship levels and Koopa kids make a welcome return as mini bosses.

Probably the point that put this game over the top for me and had me completely singing its praises was that final battle against Bowser in World Eight.  Up to that point, the game had been a tad easy but thoroughly enjoyable and that final boss battle was immensely entertaining.  I beat Bowser, saved the Princess, the credits rolled and then…a revelation!  The game put me back to the home screen and unlocked a whole new set of Special levels.  These levels were also playable as Luigi who controlled differently to Mario (jumps higher, handles looser), and introduced some interesting new gameplay wrinkles like a Beat The Clock challenge where you start the level with just 30 seconds of time and the re-introduction of Metal Mario who tries to take you out while you race through the level.  In effect, the game was twice as big as I originally thought it was.  It felt good, man.

If you are any kind of Super Mario fan, and particularly a SMB3 and SMW fan, then this is the game you’ve been waiting for.

Summary : Quite possibly the greatest portable Mario game ever made. Bursting with creativity and stacked with content.

Previous: Youtube Friday: Growing Up In Brunei
Next: Bernard and the Genie [1991] 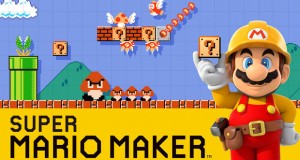