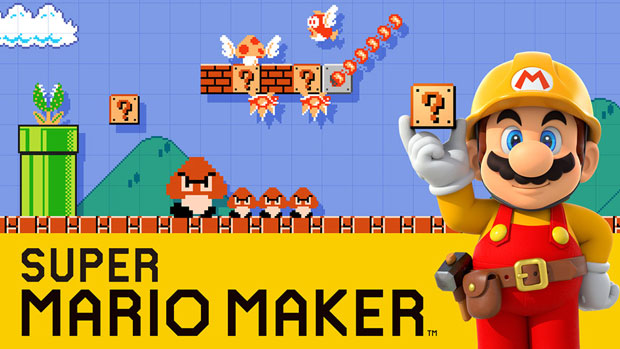 Super Mario Maker is a game I have wanted since 1991.  When I first completed Super Mario World on the Super Nintendo, I not only wanted a sequel, I badly wanted to be able to create my own levels.  I remember doodling on sketch pads, mapping out my own stages.  Even as a kid, I appreciated that Mario levels involved relatively simple layouts, creatures and objects.  The craftsmanship was taking these ingredients and making a level fun.

Twenty four years later and here it is.  Super Mario Maker.  It’s a game creation system that does exactly what it says on the tin.  You make Super Mario levels and share them online.  You can also play other people’s creations.  It’s a game that gives you literally millions of Mario levels to enjoy.  6.4 million at time of writing in fact.

It’s more than ten year old me could have possibly comprehended.

Of course, Super Mario Maker is hardly the first make-your-own platformer.  The most prominent comparison that springs to mind is Media Molecule’s charming but flawed Little Big Planet series which oozed charisma but never quite succeeded in winning over its audience thanks to its polarizing and notoriously ‘floaty’ controls.

Super Mario Maker is not even the first Make-Your-Own Mario game.  Gaming enthusiasts have been making and sharing custom Mario levels for years thanks to rom hacks and unlicensed game creation programs on the Internet.

Having said that, there really is no contest.  Nintendo have got it in one.  This is the best, most complete, most accessible and most elegantly designed platform game maker I have laid my hands on.

As one of the few pieces of software on the Wii U to well and truly integrate and make full use of the touch screen on the Game Pad, Super Mario Maker’s UI is both fast and efficient.  Making a complete level can be done in a matter of minutes and every single creature, item, object and game mechanic is literally at your finger tips.

Of course, it takes longer – much, much longer – to master the craft of building a quality level.  The game provides tutorials that teach players how to use various mechanics and introduce them to new functions, power ups and level editing tools that gradually unlock as you play more.  But at the end of the day, the only way to really excel at making levels is to practise a lot and play as many user-created levels as you can.

The full scope and breadth of the tools provided by Nintendo can’t be understated.  The toolkit at launch was already formidable.  All the major Mario power ups and creatures were accounted for.  But post-launch Nintendo have been very active in adding even more features to Super Mario Maker including keys, checkpoints, new power ups and new skins.  Today, not only can you make levels that have the look and feel of classic stages from four distinct Mario games, its possible to make them even wilder and more outlandish than the originals thanks to the vast array of design mechanics available.

Of course, creating levels that attain the standard of Nintendo’s own designs is a bar too high for most players to reach.  But the great thing about Super Mario Maker is just how quickly and easy it is to have fun with the game by letting your imagination run wild.  In the same way that players can easily lose themselves in Grand Theft Auto by ignoring the story objectives and simply have fun wreaking havoc and goofing around in the game world, Super Mario Maker can deliver instant gratification by letting the player go nuts with the tool kit.  Want to make a level populated with giant winged goombas riding on the backs of koopas?  Go for it.  Want to design a speed run level for Sonic the Hedgedog in Super Mario Bros 8bit art style?  Knock yourself out.

The results from the community speak for themselves.  There are literally hundreds of great levels to enjoy that are quick and easy to find.  Importantly, Nintendo have built a decent front-end that makes navigating levels online a cinch.  With each software update, the depth of the level searching tools have become even more versatile.

The feedback mechanisms are also excellent.  It’s quite a thrill to put a few hours into creating a level, uploading it to the community and then coming back a day later to see the number of people who have played your level.  You can see exactly where they’ve lost their lives, track a % completion rate and of course, nothing beats the positive feedback of having your stage tagged as a ‘favourite’.

What would you wish for in a game maker system for one of the most iconic video games of all time?  Super Mario Maker has it all.  An easy to learn and intuitive interface.  An active online community that can provide constructive feedback and give you quick access to the best levels out there.  A vast toolkit that provides you with literally hundreds of objects and character skins.  Super Mario Maker is one of the most complete level-creation software packages ever made and a rare opportunity for fans to tinker with one of Nintendo’s properties and make it their own. 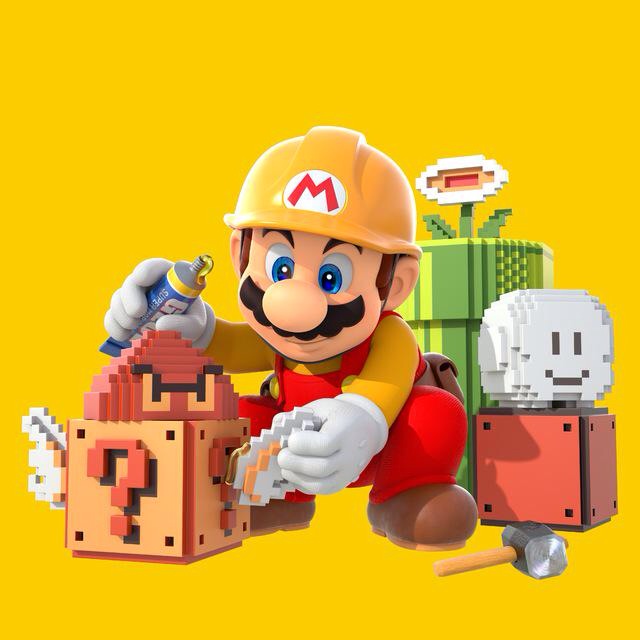 Summary : For Super Mario fans, this is pretty much the dream. A brilliantly designed software kit to create and enjoy endless levels of the definitive Nintendo series.