Jen and I went away to Sydney as our good friend Zara was getting married to her fiancee Nick.  We made a mini-holiday out of the occasion and got away for four nights.  We managed to cram a fair bit in. 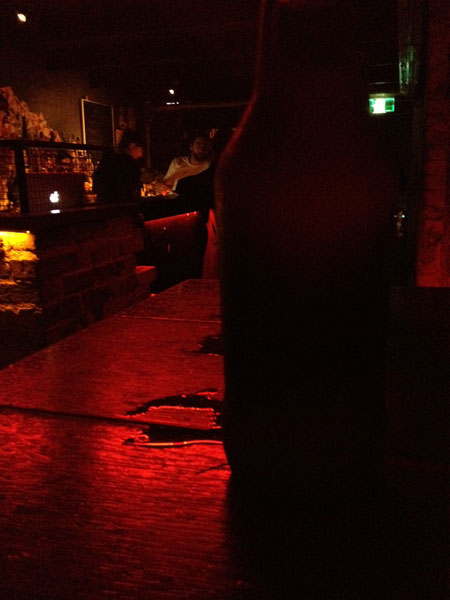 On Thursday night while Jen was at Zara’s hens night, I caught up with my friend Nick.  Nick was one of the first friends I made in Brisbane, from the first company I worked at – Orange Mobile in 2004.  It’s kinda ridiculous to think I’m still at the same company eight years later although its since merged with 3 and then Vodafone.  Nick is one of those guys that I just naturally seem to have everything in common with and I can meet up with him once every couple of years and we can just chat like old times, talking crap about sports, video games, movies, music, politics, family and whatever else.  He took me around Darlinghurst and King’s Cross on a pretty decent pub crawl.  Although I don’t recall the name of a single pub we went to, there was a nice mix of old-timey pool halls, a Mexican tequila place and a thing on Oxford Street that had an open air rooftop beer garden.  A great way to start the break. 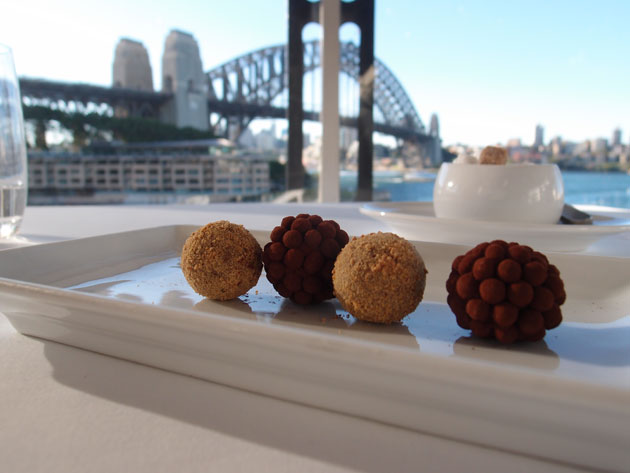 For lunch on Friday, I took Jen to Quay.  Quay is on the waterfront overlooking the Sydney Harbour Bridge and the Opera House.  You might recall I went there last year when it was ranked among the fifty best restaurants in the world.  While it was amazing the first time, it was a bit random having a romantic candlelit dinner for two with my boss Scott.  This time I took Jen during a lovely clear autumn day and we did the full degustation.  I wanted Jen to experience the famous snow egg dessert.  I’m happy to say that she got her chance and she loved it. 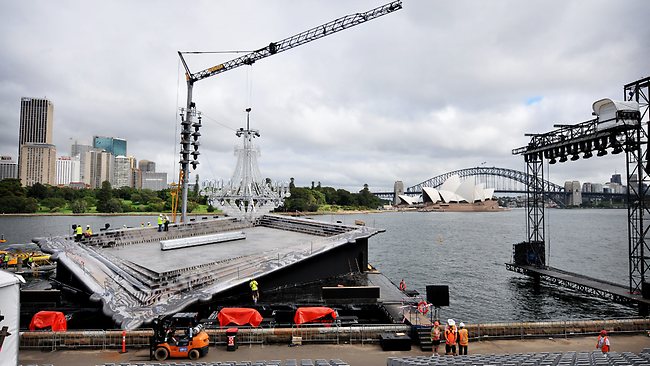 That night, I took Jen to the first ever opera that either one of us have ever seen.  We went with Verdi’s La Traviata.  As you can probably imagine, I don’t know the first thing about opera.  So the prospect of a three hour performance wasn’t exactly my idea of a typical Friday night out.  Fortunately, we got front row seats to an 11 million dollar open air production where it doesn’t really matter if you can’t appreciate the nuances of the singers and their vocal craftsmanship because this 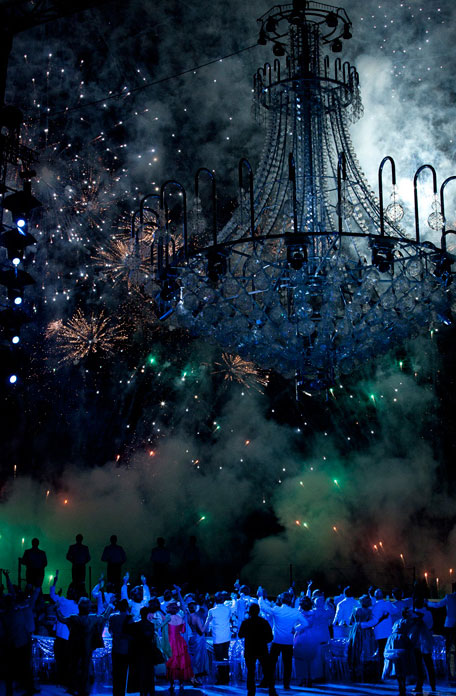 .  La Traviata is basically the same story as Moulin Rouge and let me tell you, it was quite the spectacle. 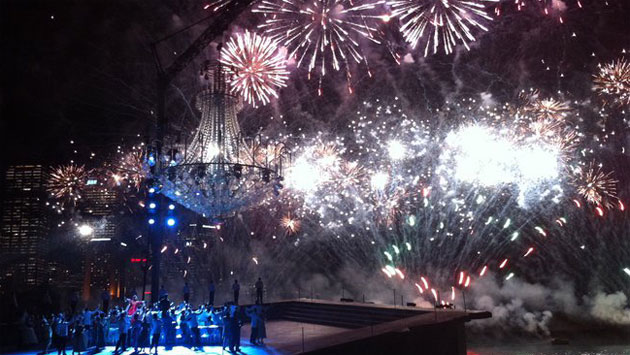 On Saturday was Zara and Nick’s wedding.  The service was held at St James church in the city.  It went off without a hitch and there was a really lovely reception afterwards at Catalina in Rose Bay.  I really got to know Zara for the first time way back in 2003 at the same time that I met Jen.  Zara was there at our wedding in 2009 and now it was great to come full circle and be there for hers. 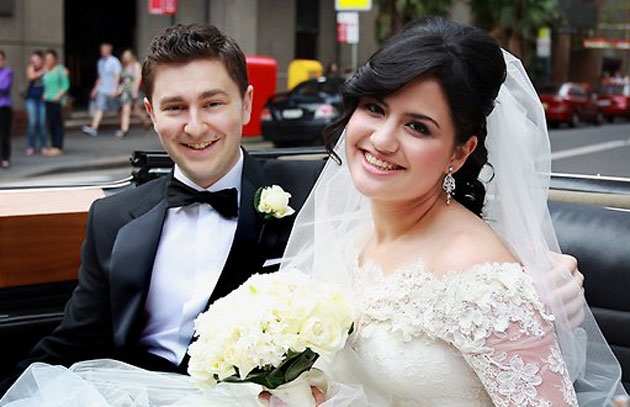 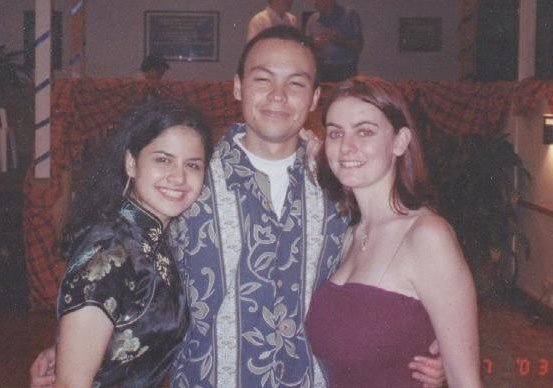 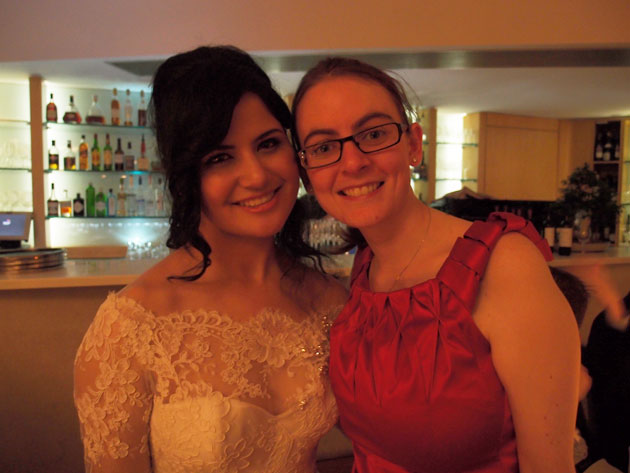 On Sunday, we had a big breakfast. 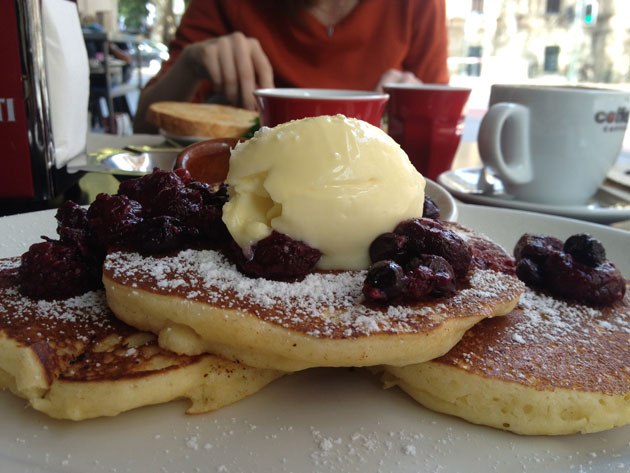 Then visited the Gallery of Contemporary Art. 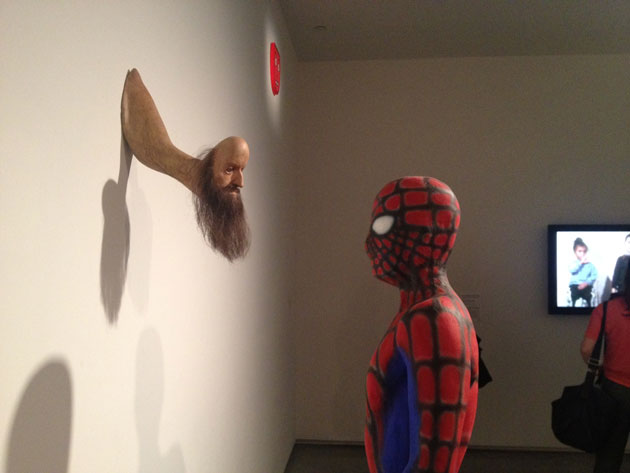 And by chance I bumped into Oliver Morgan Varlow!  We caught up and had some beers at a pub.  It’s the first time I’ve chatted with the guy in a few years.  He told me he was finishing up his tertiary education (several course changes, nine years) and when he finished up, he was going to start a spa and rehab clinic with his girlfriend in Kingscliff. 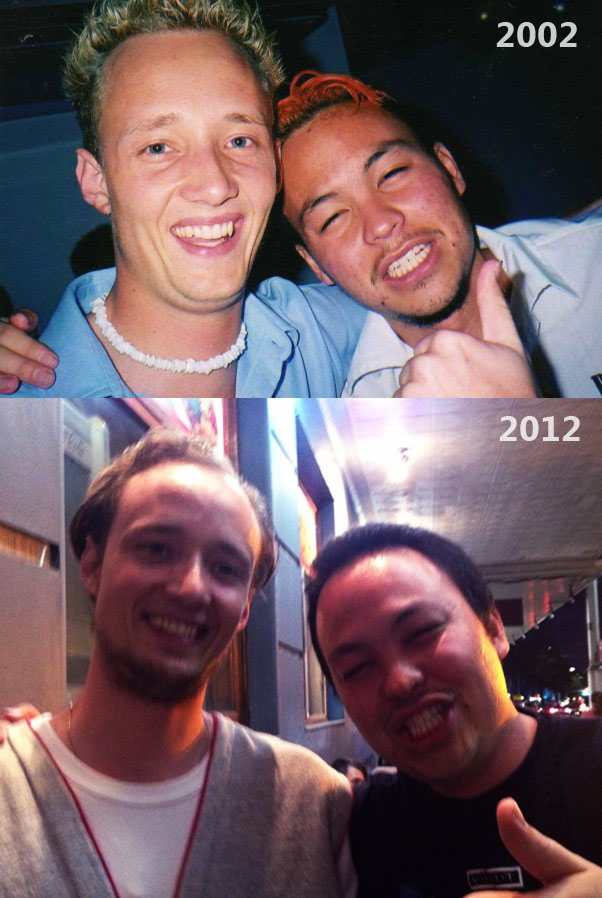 I told him he should call his business Oliver Morgan Spa-low.

Then we headed back to the airport where we ate complete rubbish. 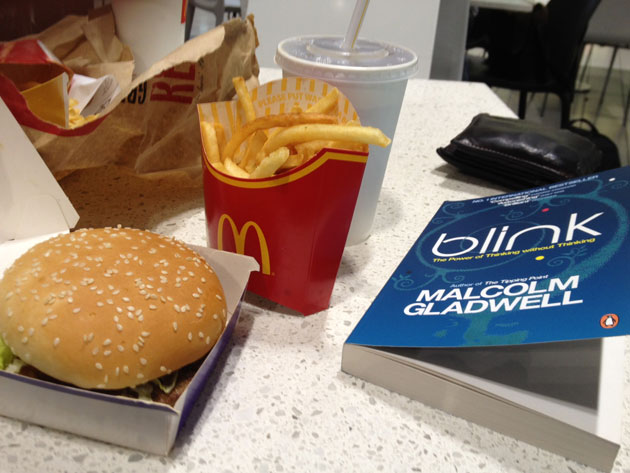 All in all, a great long weekend.  Caught up with plenty of old friends and ate plenty of good food. 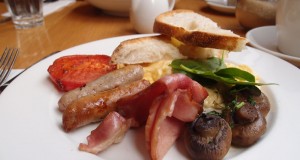