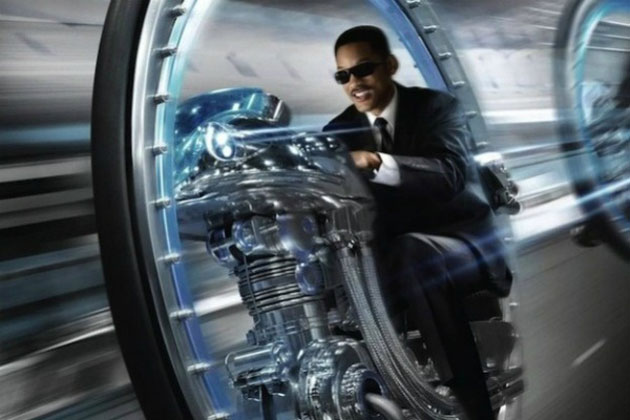 Fifteen minutes.  Fifteen minutes is exactly how long we lasted before walking out on Men In Black 3, which makes it the first ever film I’ve ever walked out on before the credits rolled.  To be honest, it wasn’t even my suggestion.  It was my wife’s.  In this day and age, its pretty easy for me to identify films I know I won’t like.  No, I don’t need to see Transformers 3 or Pirates of the Carribean 4 thanks.  But after a long day at work, Jen decided she wanted to relax by watching MIB3 so there we were.  For fifteen minutes at least.

MIB 3 is a lazy cash-in on a once popular franchise that couldn’t muster the effort to have Tommy Lee Jones onscreen for most of the film or to record an actual new song from Will Smith.  They ran out of ideas on what to do so they went with time travel (ala Austin Powers: Goldmember).  This is pretty much the definitive project where people show up, go through the motions, collect a paycheck and walk.  As Jen remarked: ‘they’re barely acting.’ It looks like a film where they shot most of the scenes in a single take.

Men In Black 3 certainly won’t be the worst film made this year.  In fact, I’m sure it’ll have a couple of laughs and will have a pretty short running time that won’t overstay its welcome.  But its so bland.  Fortunately, I was able to exchange the tickets for another film.  This Thursday, I’ll be off to see Cabin in the Woods.