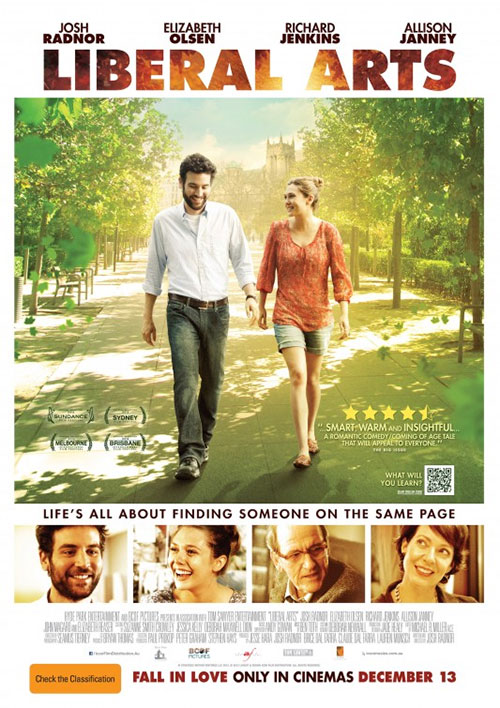 It pretty much does what it says on the tin.

Liberal Arts is a leisurely stroll for thirty year olds with arts degrees to revisit those memories and reflect upon who they were as students and who they became in their adult life.  In this case, Josh Radnor plays Jesse Fisher, a college admissions officer who is sleepwalking his way through life.  He becomes re-invigorated when a series of events jolt him out of his wide eyed slumber.  Firstly, his girlfriend leaves him.  Then he is invited to speak at his alma mater for the retirement of a college professor.  There he meets Zibby, a sophmore student who becomes infatuated with Jesse and his appreciation of art and culture.

Jesse is initially pensive about pursuing even a friendship with Zibby because of their age difference and his self awareness of Zibby’s attraction.  In the end, he can’t help himself and Jesse is soon drawn into revisiting those conversations that you can spend hours on in university that are completely impractical and slip away when you leave it all behind after graduation.  Listening to classical music.  Attending poetry seminars.  Reading classic literature and dissecting its themes over a coffee.  Debating theology.  Trashing popular culture.

This is the sort of movie where you will know in five minutes whether you’ll like it or not.  Personally, the relatable subject matter meant I connected instantly with Liberal Arts and I spent large parts of the film directly relating the events onscreen to my own experience at Curtin University ten years ago.

It brought back memories of post modern literature classes where we discussed Marcel Foucault.  Those hours we spent debating the Iraq War over a game of chess whilst drinking bubble tea with my flatmate.  Attending the West Australian Symphony Orchestra with an artsy girl from film class.  Making strange and terrible wordless short films about existentialism.  Doing nude photography.  Spending an entire weekend painting.  Going to parties and then sleeping in and missing the lecture the next day.  Then deciding to go to the art gallery and cafe instead.  Ending up in a dead end job afterwards and clawing your way out of it. 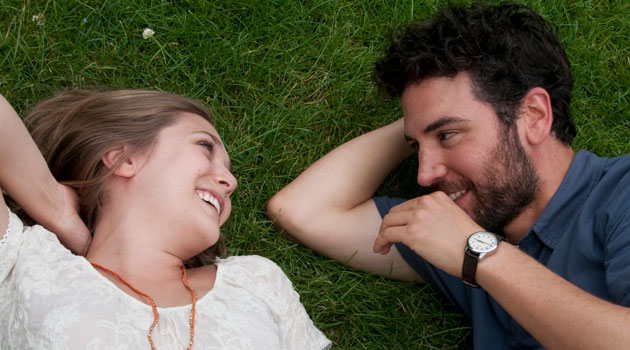 Liberal Arts is an idealistic and optimistic film about studying an arts degree and how it does and doesn’t prepare you for life outside academia.  It’s self aware but remains carefree.  I think it captures the academic delights of studying art and culture without being overly maudlin about the difficulties in finding an engaging career path beyond it.  The sadness we see in Richard Jenkins trying to eek out a few more years before retirement is the film’s nod to ‘the bubble’ that academics can lose themselves in.  Overall, the message is one of hope and optimism however.

Liberal Arts is ably supported by a strong supporting cast, the two lead actors are the ones that really make this film.  Josh Radnor gives an excellent world weary performance as Jesse and Elizabeth Olsen delivers a wonderful performance as the optimistic and naive Zibby.  They have a charming and believable chemistry together.

All in all, this is a fanciful stroll down memory lane.  A perfectly pleasant way to spend ninety minutes.

You want fries with that?

Summary : Charming and idealistic, just like its two leads.