The Weird and Wobbly Pricing Models of Video Games In 2013 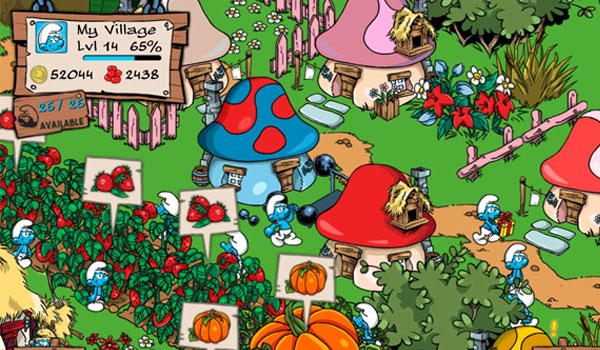 How much is a video game worth?

I pondered that question exactly two years ago when I speculated on the fortunes of game publishers and how they might approach the new generation of traditional consoles – Playstation4, Xbox 720, Wii U, Nintendo 3DS and Playstation Vita.

It was a short and sweet piece in which I naively surmised that to counteract the popularity of iOS and Android games which were cannibalizing their sales, games in retail should drop their prices from the industry average of $60-$80.

“$20-$40 ought to be about right” for a game company looking to lead a new initiative in pricing I said back then.

That blog was pretty simplistic and light on detail back then and it looks positively archaic today when we look at the litany of cost models for playing games.  A whole slew of game companies are experimenting with how consumers purchase and play their games, running the full gamut from ‘free with no catches’ to ‘free with a subscription free’ to ‘free as long as a server is running’ to ‘free but we want you to buy expensive stuff in the game that barely functions without’ to $99 for a downloadable title and everything in between.

To paint a picture for the modern gaming landscape, consider these stories from the last four months alone:

So in 2013, up is down and black is white.  iOS games are suddenly amongst some of the most expensive games to play thanks to the prevalence of the ‘freemium’ model.  $7 could buy you a Nintendo game from 1991 or it could get you a month’s access to eight top of the line Playstation3/Playstation Vita games.

Not only are we no clearer to establishing anything remotely approaching consistency in the industry for the cost of games but the very notion of being able to buy a game and own it outright is now uncertain.  Will Microsoft really have the balls to make a console where one day they can turn off a switch depriving you access to every game you ever paid for?

Even within the scope of a single publisher such as Nintendo, there is no consistency with pricing.  Seven dollars is an obnoxiously expensive amount of money to pay for a downloadable Super Nintendo game but then I was also able to buy four digital Nintendo 3DS games for less than $20 (for the record, they were Gunman Clive, Crimson Shroud, Aero Porter and Liberation Maiden).  I’d be hard pressed to do that on the Playstation Network or Xbox Marketplace.

For my money, one of the greatest value propositions being presented today is Sony’s Playstation Plus service which typically provides about $100 worth of games every month on their subscription model.  The offer almost seems too good to be true.  I began using the service late last year on a whim and have since picked up Sleeping Dogs, Okami HD, Wipeout 2048, Lumines Vita, Pinball Arcade, Thomas Was Alone, Dead Or Alive 5, Machinarium and Lord of the Rings War of the North.  That is a ridiculously large amount of great games.  More than I have time to play.  And since I bought the subscription at a discounted rate during a Christmas sale, I’ve effectively paid $6 a month to access all these games.  Basically Sony have provided a model that is akin to the Netflix service where a small monthly fee is giving you access to an increasingly large catalogue of games.  I think this could become something of a game changer if they ever decided that the subscription would allow unfettered access to every Playstation One and Playstation 2 game that currently exists on the service.  Regardless, I will watch how Sony apply the Plus service to the Playstation4 with great interest.  At the moment, it is fair to say they are of the market leaders in offering value for money.

Whatever happens, I think we are far from seeing the dust settle on pricing in the video game market.  It is almost impossible to predict today how the cost of games will look even two years down the road.  What is the worth of a Playstation4 game or an iOS game in 2015?  Consumers will vote with their wallets but what lies ahead is a confusing, inconsistent and wildly varied array of choices for their gaming dollar.

Previous: Ad Space
Next: The Paperboy