Don't Miss
Home > Blog > The Art of Buying A Car

The Art of Buying A Car 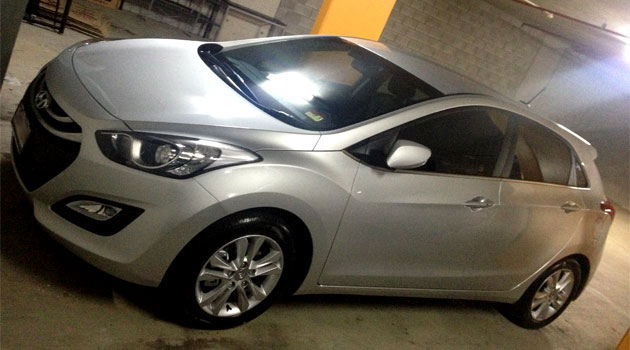 A long overdue milestone.  My first car!  Jen and I picked up a Hyundai i30 2013 Elite today.  I don’t know if that means anything to you but basically its a run-of-the-mill four door hatchback.  Just look how super sensible and nondescript it looks.  I foresee myself losing this car in a busy shopping center car park for sure.  Honestly though, I’m just super stoked to finally get a car.

I’ve blogged about the Brunei Kid syndrome before.  If you grew up in Brunei as a teenager like I did, for whatever reason, chances are you’re likely to enter the workforce very late and probably get a car even later.  So it feels good to finally get over my Brunei Kid hoodoo at the ripe old age of 30.  I’m employed and I have a car.  My Brunei Kid shackles are finally broken.

(on a side note, the popularity of that Life In Brunei video isn’t slowing down and its certainly struck a chord with Bruneians.  Last year it was sitting at 5,000 hits.  Now it’s up to 10,000)

For most people my age, chances are you’ve seen and done this all before.  For me however, there was definitely some lessons learned in the art of buying a car.  Where do you even start?  Since neither Jen nor I know anything about cars, we went for the safest and most popular options chosen by the Australian car buying public.  We decided on either the Hyundai i30 or the Mazda3, both hugely popular small cars.

There are two trends in Australian auto industry that are in line with other parts of the Western world.  Firstly, Korean manufacturers are on the rise.  Just like how Samsung and LG have cannibalized the electronics and mobile phone markets in recent years, Hyundai have been steadily increasing their foothold in Australia.  For the longest time, they had a reputation for being a cheap car but a little bit on the unreliable side.  In the last five years however, the quality has markedly improved and subsequently sales have increased to reflect that uplift in quality.  In March this year, they outsold Holden for the first time in Australia. 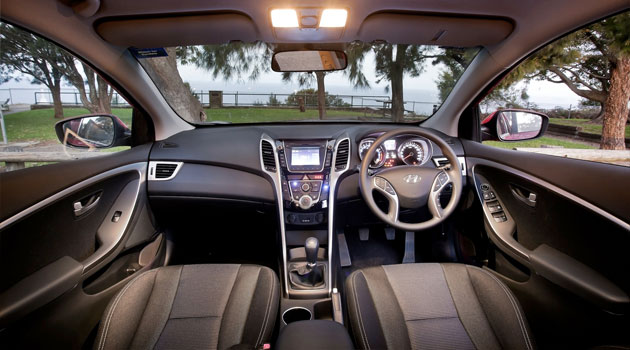 Which brings me to the second trend.  Australia, like America, has an ailing local automobile industry.  There are plenty of Ford and Holden ads in Australia that pitch the car as a part of the Australian way of life.  I understand the intent.  The idea that engineers and designers produce reliable, well-loved local vehicles can represent a stirring metaphor for the ingenuity and prosperity of your people.  Unfortunately, whilst Aussies might like the idea of a local auto industry in principle, not enough people are putting their money where their mouth is.  It was revealed this year that Holden has received an eye-watering $2 billion dollars in financial assistance from the government and yet they are still shedding hundreds of jobs.  Put simply, without government handouts, the local automobile industry would cease to be.

We test drove both the i30 and the Mazda3 and I can tell you that it didn’t really inform my purchasing decision either way.  I guess I don’t drive enough to appreciate any particular nuances in a 20 minute test drive.  Professional reviews online didn’t really inform my decision either.  They seem to either be too vague from my inexperienced perspective – how exactly do you determine whether a car is a ‘fun’ drive? – or they were too caught up in the weird minutiae that I didn’t care about.  One Mazda3 review I read spend 3 paragraphs harping on about the redesigned bonnet and how he preferred the one from last years model.  Who cares?

In the end, after determining that there didn’t seem to be any significant difference in the reliability or safety ratings on the cars (both excellent), we went with the most cost-effective option that could throw us the most goodies.  And believe me, did I learn that there is a metric ton of up-selling involved with automobiles.  You don’t just buy a car.  You buy tint, paint, floor mats, interior treatment, exterior treatment, extended warranties and about five billion other options and extras.  Basically you start with the cost of having everything thrown in and then have a stand off with the car salesman so he’s either forced to give you these things for free or remove them from the sale.  The quality of your haggling can influence the final cost of the vehicle by thousands of dollars.

I thought I did a pretty good job of haggling, held my ground when I needed to and struck a bargain that knocked several thousand off the starting price.  And just as I’m thinking how coolly I handled the sale, the salesman blurts out when I’m signing the paperwork that ‘this is my first sale all month!’  Dammit.  I probably could have pushed the price down further.

I’ve talked down my new car as being a safe, populist choice but to be honest, I think its pretty cool as first cars go.  It’s got key-less ignition.  There’s a sensor that detects when I’m approaching the car that causes the side mirrors to open out like a dog’s ears perking up when its owner returns.  There’s a camera for rear-parking assist.  It’s got a built-in Navman.  Dual climate control.  Cruise control.  Alloy wheels and a chrome trim.  I think its a sweet ride.

The car ride home was hilariously anti-climactic.  Jen and I spent a moment in the car giddy with nervous excitement.  Then we drove out of the Hyundai dealership…straight into 4 o’clock traffic.  Oh well.  This weekend, I look forward to picking a random far away destination on the Navman and going for a nice, long, leisurely drive.

Tagged with: Hyundai i30