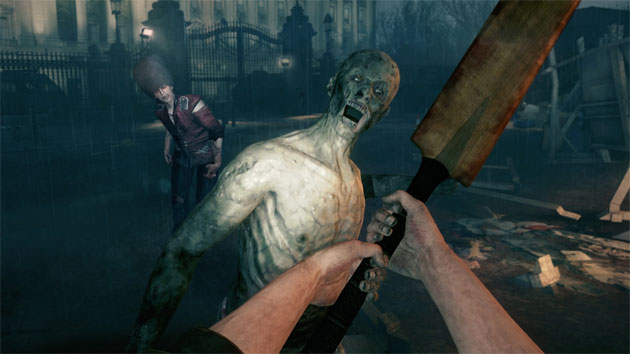 For the first time that I can remember for a Nintendo console launch, the best showcase of the system’s new hardware features is not from Nintendo themselves but from Ubisoft with their game Zombi U.

Perhaps Nintendoland with its plethora of mini-games gives us a better idea of the multiplayer capabilities that we can expect on the Wii U but for conventional single player story-driven gaming, Zombi U is the game to play.

There’s plenty to like about Zombi U at the outset.  The zombie genre is a pretty saturated nowadays but Ubisoft do well to distinguish themselves from the pack by opting for an  English setting, a satisfying integration of the GamePad and some eyebrow raising difficulty.  All of this in a bloody mature age game that is far from your typical Nintendo family friendly fare.

In the game, a virus outbreak overruns the country with the walking dead and as one of the few human survivors, your avatar escapes into an underground station that is manned and operated by The Prepper, a mysterious and paranoid recluse who has barricaded himself in a bunker and communicates to you via a scanner device.

Your character has one life and one life only.  Randomly generated, you may well be playing as Dave, a call centre operator or Melissa, a school teacher.  I like how Zombi U offers up a snippet of information about your player, dresses the avatar accordingly and then leaves you to make up your own narrative in your head as to how they got there.

Once you are killed in Zombi U, your character joins the undead masses and your new character must kill for former self to retrieve any weapons and items you’ve picked up.

Zombi U is an old school survival horror game.  The kind that Resident Evil used to be and isn’t any more.  Ammo is scarce.  The focus is on survival, not killing every enemy.  Often, you’ll be dashing from point to point with only a fraction of health left.  There will be conjested areas where you will have to painstakingly choose your moment to discreetly take out one zombie without alerting the others or you might decide to make a manic dash for the exit.  The game is hard but seldom unfair.

Although the variety of enemies is extremely limited – expect maybe 6 variations of zombies – there are plenty of ways to dispatch them which keeps things interesting.  As well as using customizable pistols, shotguns and assault rifles, you can also melee attack with a cricket bat and use molotov cocktails and hand grenades to take out a cluster.  Flares, which function as zombie bait, become increasingly important in dealing with crowd control.

The game makes excellent use of the GamePad.  It is how you access your inventory and how you examine your map.  By not pausing the action on the screen this creates a heightened sense of tension as you might try and create some seperation between you and a zombie but then face a race against time to rummage through your backpack for additional ammo or some much needed health.

You can also scan for objections and quest markers in the game by using the GamePad as a scanner which aesthestically looks very similar to the detective mode in Rocksteady’s Batman games.  The game also has decent Miiverse integration – online friends can leave helpful clues for you in the game and when your friends’ characters die, they can appear in your game as a zombie.

Zombi U is a smartly made launch title.  By virtue of its short development cycle, it doesn’t have the flashiest graphics but it doesn’t matter since much of the game is shrouded in darkness.  What it does have is fun gameplay in spades and an excellent implementation of the Wii U hardware.  It doesn’t take long to get used to a play style where you scan back and forth between the television and the GamePad.

Although I admire the game for having a steep difficulty level, the final stage of the game is ridiculous.  In a final break for a rescue helicopter, you must make a pass through the most zombie infested environment in the entire game.  I died once, the game gave me a ‘bad’ ending where the country is overrun with zombies and then updated the save file and booted me to the start menu.

I certainly couldn’t be bothered playing through the game again just for another one off chance at seeing the ‘real’ ending so I just looked it up on Youtube instead.  The good ending offers about a grand total of ten seconds of extra footage.

Zombi U is a great introduction to the Wii U and the perfect type of quirky esoteric launch game that I love.  I suspect it will do well enough to warrant a sequel.  But by then I also expect that a more measured and safe approach will be implemented.  The game will be easier and the setting will be shifted to America.

Summary : A quirky, challenging but ultimately enjoyable launch title for the Wii U that makes good use of the Game Pad.

Tagged with: Nintendo Wii U Ubisoft Zombi U

Previous: Obama’s State of the Union and Marco Rubio’s Response
Next: The Last Of The E/N 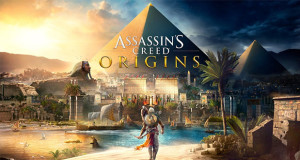