Killer whales are like eggs.  Over the years I can remember experts switching back and forth in determining whether eggs are good for you.  Yes they are.  No they aren’t.  Yolks are good.  Stick to the whites.

Up until the late 20th Century, killer whales have had a notorious reputation with mankind and have been feared as hostile and dangerous creatures.  Hence the name, right?

In the last forty years however, we have gradually been educated to accept killer whales, or orcas as they are more commonly now known, as friendly and intelligent creatures who can interact safely with humans.  A driving force for the more favourable reputations of orcas in America has been Seaworld and other similar theme parks who have used orcas as special attractions.  In Blackfish, we learn that orca attractions are so popular in the country that they are now a part of a billion dollar industry.

There is a dark underbelly to the treatment of orcas in captivity according to Blackfish director Gabriela Cowperthwaite.  If her and her crew are to be believed, the cramped unnatural conditions in which orcas are kept and the rigorous performance schedule has a seriously adverse affect on the mental well being of these creatures.  Tilikum, one of the star attractions at SeaWorld, was in the news three years ago for drowning experienced trainer Dawn Brancheau.  SeaWorld officially declared the incident to be a ‘trainer accident’.  Cowperthwaite claims that not only did Tilikum purposefully kill Brancheau, but the orca has killed two other trainers over a span of three decades. 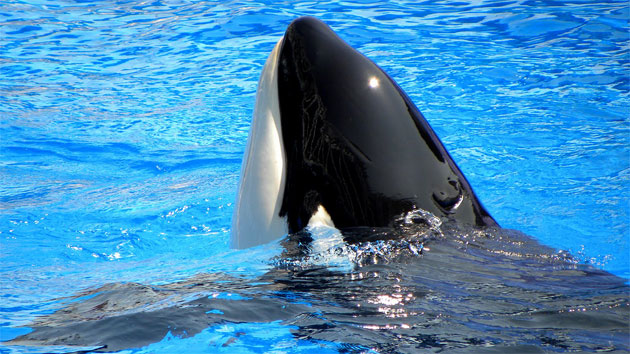 The film explores the relationship between several former SeaWorld trainers and their orcas.  There is undeniably a love and affection for the creatures from the trainers, but Blackfish suggests this may merely be a relationship of convenience for the orcas who of course rely on the trainers for food.  In researching orca/trainer incidents at amusement parks, Cowperthwaite uncovers that there are as many as seventy records acts of aggression by orcas towards their trainers.  She stresses that by comparison, there is not a single recorded act of aggression by orcas towards humans in the wild.  The aggression in the theme parks, she argues, is borne out of the deep depression and mental anguish felt by the orcas in captivity.

Naturally, SeaWorld aggressively denies the viewpoint put forward by Cowperthwaite and in their favour, one of the trainers interviewed in the documentary has since gone on to claim that her views were misrepresented.

What became clear to me however was that regardless of whether you accept that the orcas are depressed, emotional time bombs waiting to lash out, there seems to be a clear wish on the part of SeaWorld to obfuscate any inquiry into the safety and well being of both the orcas and trainers and that it ultimately required an interjection from an Occupational Health and Safety authority to improve the conditions at the theme parks.  It’s hard to argue that due to the size of these animals, they are being kept in enclosures that are drastically small and inhibiting compared to their natural habitat.  The very notion of performing animals that are used multiple times a day, every day, for years and even decades is cruel and unacceptable treatment.

Did Cowperthwaite have an agenda with this film?  Of course she did.  Does she state her case effectively?  That’s up to you.  She certainly made a believer out of me.  I left the film thinking that the idea of performing orcas was outdated and inhumane.

Summary : You won't ever go to Sea World if you watch this.