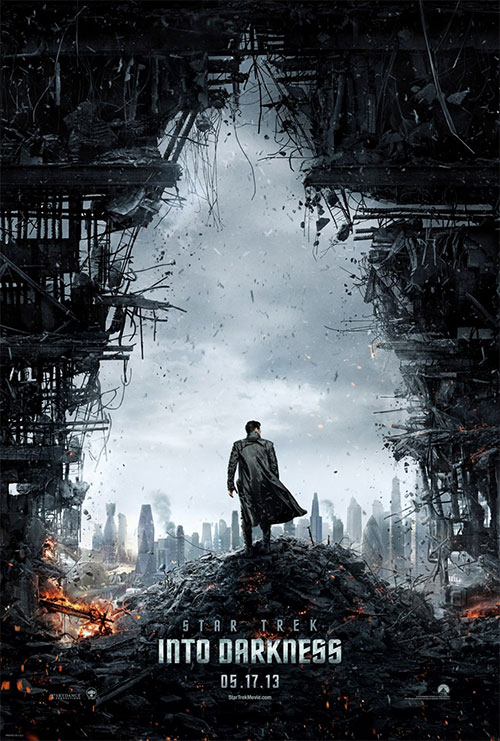 JJ Abram’s Star Trek in 2009 was a successful rebooting of a dormant franchise that was ripe for revival.  Abrams astutely brought Star Trek back from the dead by injecting the film with youth, shedding the lore of over four decades of material and keeping diehards happy with spades of fan service.  It was a recipe for success that won over a new audience and made the film a box office success.

With Into Darkness, Abrams returns for a second bite at the cherry.  This time, he delivers his own take on Star Trek II: Wrath of Khan, one of the most critically acclaimed and well loved installments of the original series.

Taking the mantle of the genetically superior space nazi Khan is Benedict Cumberbatch.  Cumberbatch is a worthy actor who has an intense screen presence and he needs none of Ricardo Montalban’s flamboyant costumes or ridiculous accent to hold your attention.  His motives are tweaked from Wrath of Khan but he is still driven by a single minded thirst for vengeance.

As for the crew of the Enterprise, all the familiar faces are back again.  Spock is dating Uhura, Scotty still plays the part of comic relief and Kirk is the lovable womanizing scamp that William Shatner made so famous.

When Khan orchestrates a terrorist attack on Earth and kills a handful of Starfleet captains, Kirk and his team are tasked with chasing Khan to the edge of the Neutral Zone and into Klingon territory, in order to wipe him out.  It is a difficult assignment and failure to carry out the mission with great discression risks starting a war with the hostile Klingons. 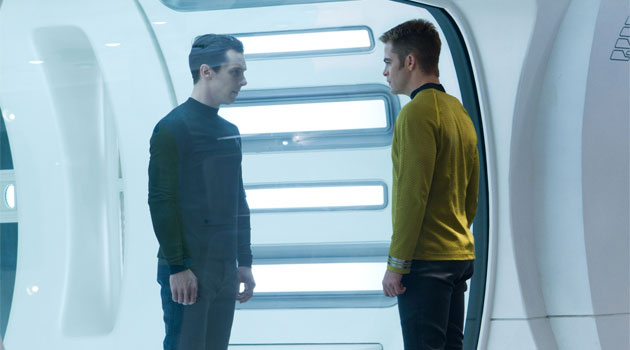 What follows is an exhaustive two hour action film.  There are plenty of fire fights, explosions, chase sequences and space battles.  In between, we are fed plenty of famous Star Trek one-liners (“Dammit Jim”) and in-jokes (I liked the reluctance of unnamed crew to wear red shirts).

Ultimately, when the credits rolled, I felt a sense of diminishing returns and mild disappointment.  Don’t get me wrong: this is not a bad film.

It is however, starting to get away from what I think should differentiate Star Trek from the rest of the sci-fi genre.  I thought the first film did a good job of modernizing McCoy, Spock, Uhura and Scotty whilst still being faithful to the original characters.  With Into Darkness, they are reduced to being caricatures with very little to do.  Only Kirk is allowed an ounce of character development.

Without necessarily being a big fan of the original series, I could still identify that its most distinctive and laudable themes were those of intellectual curiousity, optimism and open mindedness.  Abram’s Star Trek universe on the other hand is louder, brasher and dumber.  The climactic sequence in this film features Spock, famous for his impassive emotion and calculating logic, chasing down Khan and engaging in him in a ten minute long fist fight.  If JJ Abrams is going to direct Star Wars in a couple of years times, why does this film need to be Die Hard In Space?

Summary : Considering how sure footed and successful the Abram's reboot was, this sequel seems like a strange misstep that loses the spirit of the original series. 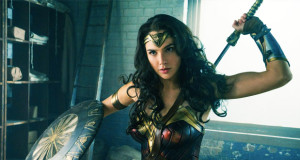