I got some good news (early) this morning. I went to see Robin Teo and he told me I got a deferral for my assignment which I failed so I have until January 14th to bring it up to speed. *pumps fist* Sweet! Suddenly, going to Melbourne and stuff next year is back on the cards. This makes me happy in ways you can’t fully comprehend.

I was so surprised when it happened. When I walked in the first thing he said was that I looked like shit. I’m not sure if he was referring to my un-ironed Mr T Experience shirt or my scrappy big hair of doom. Probably both. I was going to save cutting my hair till Brunei but its getting hot and my hair is all puffy so I might just shave it all off here.

Where’s Angela and Erin with their weekend recaps?! Haha, you guys have to put up with me instead.

I went and watched Spellbound again with Dan last night. We seem to have whacky antics whenever we try and get to the Luna theatre by train. Last time there was a strike and none of the trains were running. Dan, ever the pessimist, said in a dark tone, ‘they’re probably reconstructing the station. I expect the service will run again in 3 years’. Then they dude behind us goes ‘Nope, they’re striking. Should be running again in half an hour’. Dan goes ‘oh’.

This time we accidentally got on an express train to ‘Warwick’. I’m pretty sure no one here has been there before (Chrystal maybe?) but Warwick seems like the crappiest little suburban neighbourhood. Fom what I could see from the train station, they have an abbatoir, a warehouse that stocks mattresses and this shed thing for making cement. Thrilling.

Spellbound is good, even on second viewing. If you can track it down, watch it~!

Sophie Bell comes to town tomorrow. And Dan’s big birthday bash is on the 5th. I’m going to draw a big wang on his forehead with a marker pen when he passes out and I’ll post it up for everyone. Expect a recap the next day sometime and maybe a post from Dan cursing me in his colourful writing style. Should be awesome.

Dammit, PJ pulled out of the Smackdown thing so I have to get my own ticket. I must, you see. My HERO Chris Benoit will be in town. I need to ask him some stuff.

Since I need to pad out this post a bit, I’ll tell a Chris Benoit story:

Chris Benoit met his wife Nancy Sullivan through wrestling. Nancy Sullivan was the wife of wrestler/booker Kevin Sullivan. A booker is the name given to the dude who writes the storylines. So Kevin Sullivan decides he will do a storyline where his wife, who plays his wife on-camera too, will leave him for Chris Benoit. To be extra sneaky, he asked his wife to act like she was with Benoit backstage too, so even the lads in the lockerroom would think it was for real. Well, since Benoit is such a rugged dude, Nancy well in love with him and ended up leaving Kevin for Benoit. Only it took a long time for Kevin to click because he thought he was in on the whole gag and that it was just a storyline. Benoit and Nancy have been happily married for nearly eight years now. The End.

What a great story.

Billy Connelly will be touring Australia for the first time in five years next year and he’s coming to Australia. Good stuff!

I’d say I have 8 days left till I go back to Brunei. But I still haven’t actually confirmed my flight or nothing. I need to fix that up today/tomorrow.

I’ll go do that now actually.

lol, yes I’ve been to warwick, you’d be suprised who lives around there (even though its a dump), ppl with personal helicopters and everything

that’s great news! now pass that fucker and shift yo ass over here! 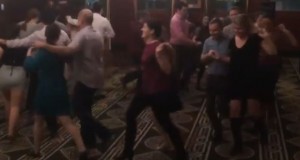 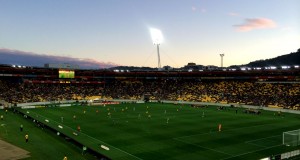