Its been a while since me and Jen had a chance to check out a new restaurant.  Probably not since the Sydney trip in January.  So we’re breaking that streak by eating at Jellyfish on Eaglestreet Pier and then in a fortnights time, we’ll be making a return to the Buffalo Club for another degustation.  Five guests.  Chefs table booked in.  I can’t wait. 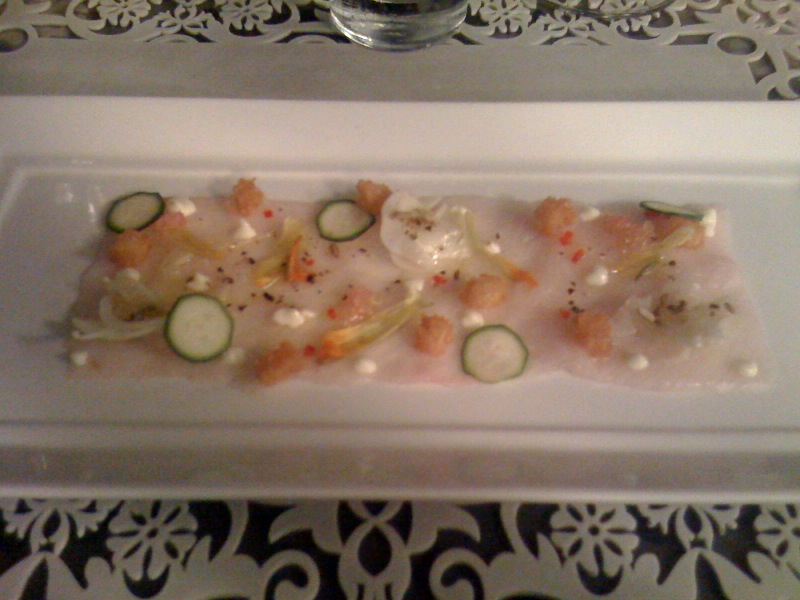 Jen had actually heard a bit of negative feedback about the quality of the service for Jellyfish but a couple of fellow foodies, Rich and Dave, were both pretty adamant that the place was worth checking out. 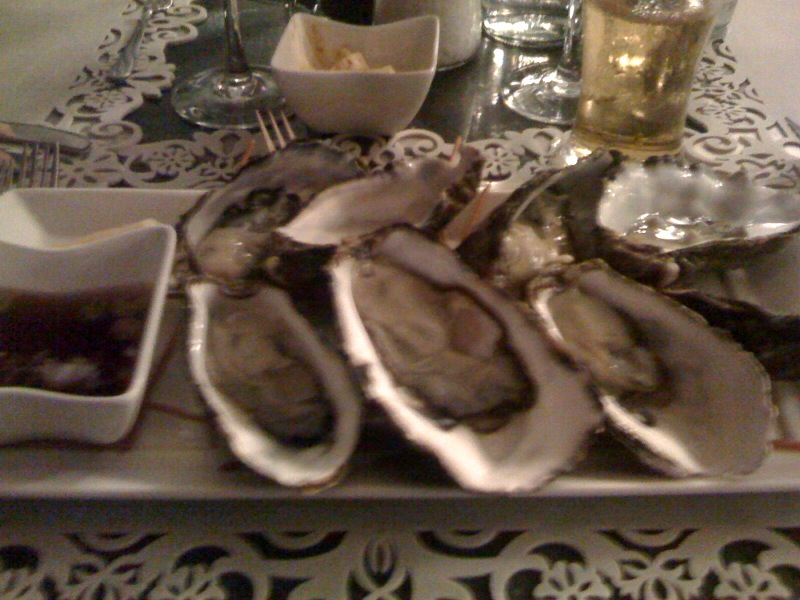 As it turns out, you couldn’t fault the speed of the service or the friendliness of the staff.  Funnily enough, one of the waitresses did end up accidentally knocking over a glass of wine onto Jen’s workphone but this resulted in us getting a complimentary bottle of red to make amends.  I think that worked out pretty well. 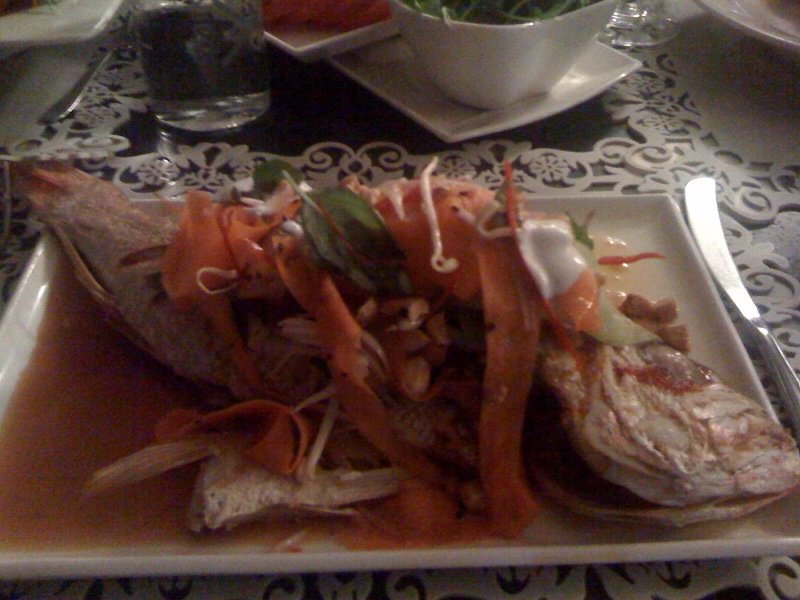 As for the mains, there’s an awesome selection of fish to choose from, including how you wanted it cooked and what sides you get with it.  For our group of four, two sides (a serve of rocket salad and potato mash) was probably enough.  For the mains, I had a whole baby barra which was absolutely delicious.  It tasted really fresh and was complimented nicely by the soy sauce and vegies.

It was worth hanging around for desserts too.  Three of us had the awesome triple chocolate combo while Dave had the creme brulee which also looked impressive. 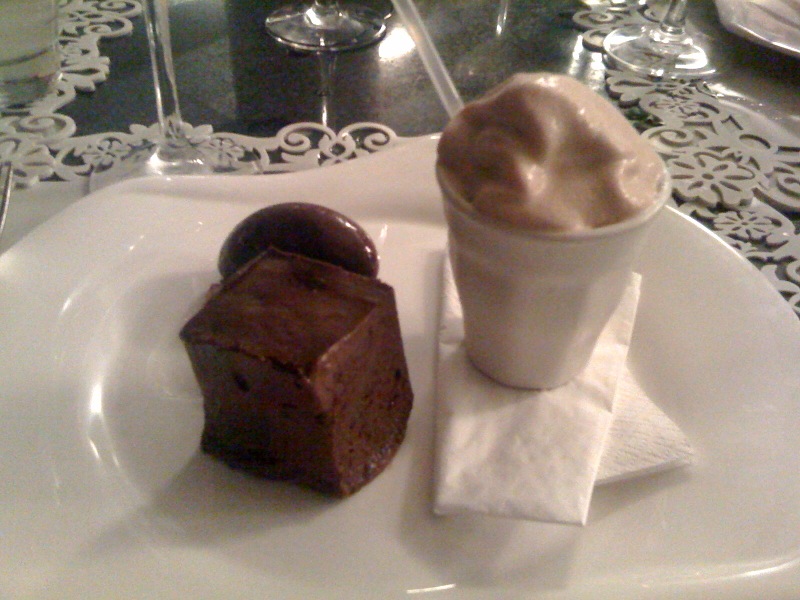 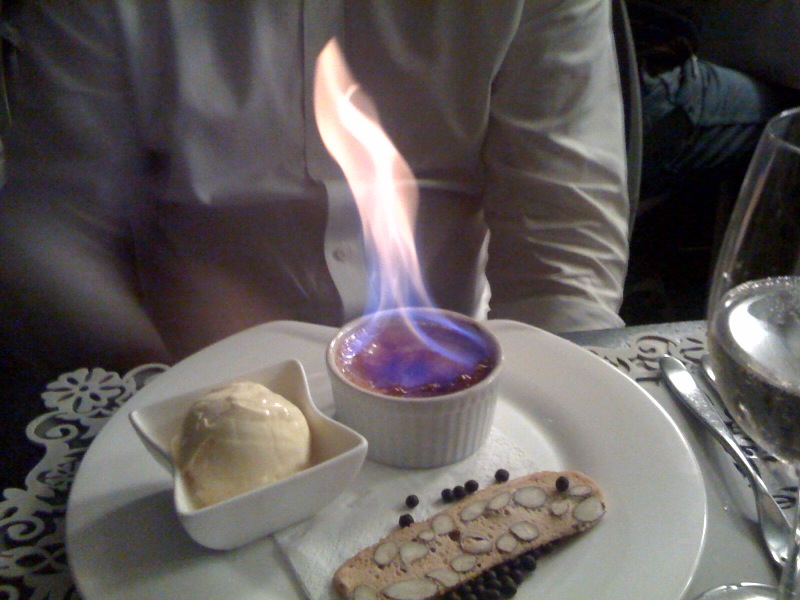 Final verdict:  a great night out!  I can definitely recommend this place if you’re in the mood for some seafood.  They do everything.  Fish, crab, oysters, bugs and it is all more-or-less awesome.  They’ve got a pretty wide selection of vino there too.