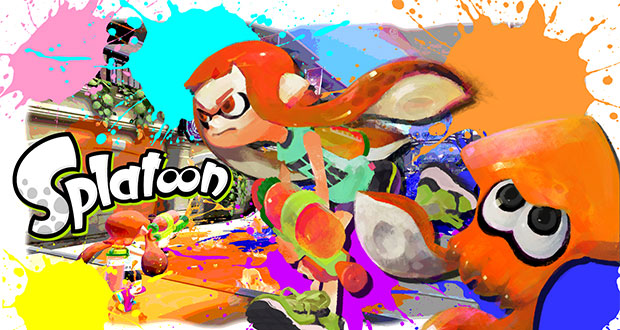 Eighteen years ago, Nintendo was the king of console shooters thanks to Goldeneye on the Nintendo 64.  It’s not a title I expect Nintendo to win back any time soon thanks to its conservative approach to online gaming and aversion to games with violent content but happily, all these years later, there is a new shooter for Nintendo fans to embrace.

With its evocative Nineties cartoon sensibilities and eye catching splashes of ink and colour, Splatoon became an instant cult classic with Wii U owners when it arrived earlier this year.  It’s taken a long time for Nintendo to find its own family friendly take on the online shooter and with Splatoon, I believe they’ve cracked it.  The game doesn’t feel in any way compromised by its All Ages aethestics and the core mechanic feels like one of the most fresh and interesting riffs on the online shooter in years.

Players take on the rolls of Squid Girls and Squid Boys, characters who engage in a paintball turf waf to colour each arena in as much of their team’s ink as possible.  To make things interesting, it’s possible to transform into a (literal) squid which allows players to quickly swim through inked surfaces as well as dive through obstacles and behind enemy lines at lightning quick speed.

Splatoon is one of the most newbie-friendly shooters I can recall in recent memory which is very much in keeping with Nintendo’s ethos to make games accessible to as broad a range of players as possible (although ironically it does reside exclusively on the console with the smallest userbase).

Players like me – who enjoy online shooters but do pretty poorly competing against the best players – will appreciate the roller as an entry level weapon in Splatoon.  The roller is one of the most effective weapons in the game for coating levels in ink so even if you’re not great at taking down enemies, you can still contribute immensely to your teams success by simply choosing to focus on drenching the arena in your team’s colours.  Secondly, the melee attack is very simple and effective and is a great attacking method for beginners that should ensure a few wins go your way. 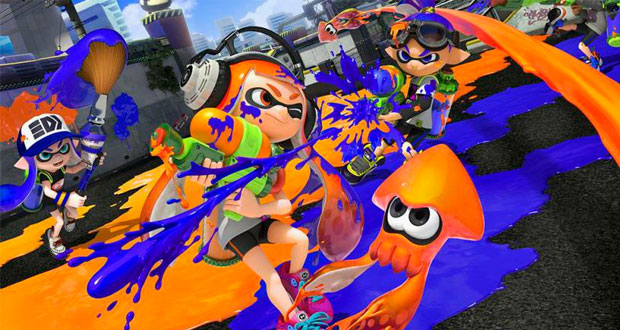 Nintendo have really shined with Splatoon by showing a surprising aptitude for supporting and nurturing their online community and supplying players with regular, free content to keep players coming back.  In a year when the best selling online shooter Destiny would roll out some rather stingy downloadable content packs at a premium price, its great to be able to play Splatoon on a platform that doesn’t charge a fee to play online and has rewarded players with new levels, new weapons, new modes and regular themed challenges for the past six months.

At time of writing, Splatoon is a very different game today compared to what it started as at launch.  It is much more fully featured in terms of its competitive modes and it increased its original level cap from 20 to 50 and has given players dozens of new weapons and clothing to unlock.  Nintendo took a chance at alienating their audience by only allowing two maps on rotation per hour in each mode but given the small userbase on the Wii U, the trade off has been worth it.  Its always lightning quick to find a match when you enter the lobby which is a hugely important part of a satisfying online gaming experience.

In case you couldn’t tell, I like Splatoon.  I like it a lot.  It has one of the best soundtracks of the year and the game is an absolute blast to play.  Matches feel competitive without being aggressive.  The integration of the Miiverse also populates each trip to the game hub with some neat fan art.  The art design is absolutely terrific and I expect Squid Girl in particular to become a familiar face in the stable of modern Nintendo characters.

Splatoon is an affordable game that is loaded with content, oozes charm and is one of the most fun online shooters to play in recent memory.  I hope a sequel on a future Nintendo platform helps this game series find the wider audience it deserves because it really is something pretty special. 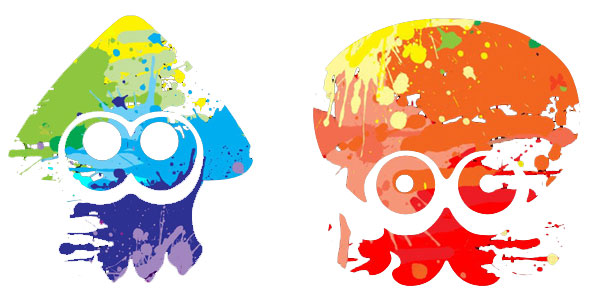 Nintendo finally creates an online shooter to call their own

Summary : An addictive and fresh new take on the online shooter that is bursting with colour and fun. One of the year's best surprises.

Tagged with: Nintendo Splatoon Wii U