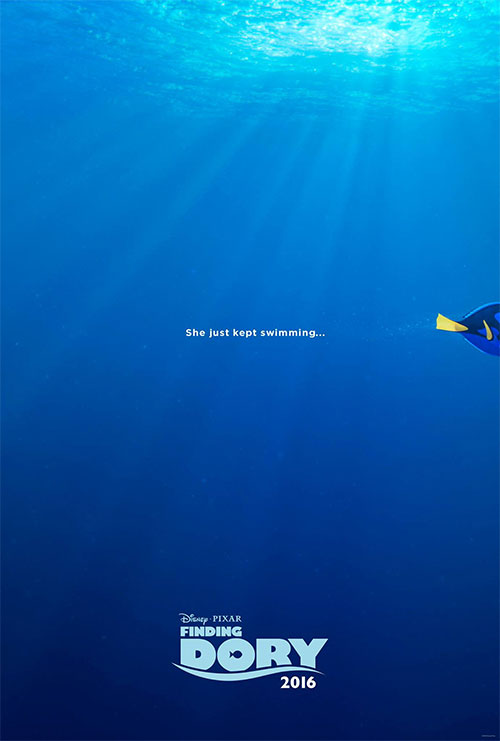 Finding Dory is a sequel to Pixar’s well-received blockbuster hit Finding Nemo which was released a mind boggling thirteen years ago (seriously, where does time go?).  While it might not hit the creative or emotional heights of Inside/Out and Up, it is an entertaining and well made family film.  And that’s a swift and welcome return to form after Pixar’s unexpectedly lacklustre The Good Dinosaur.

On paper, a sequel to Finding Nemo might feel like an unambitious concept for a film but the decision to centre the film around the character of Dory does present an interesting challenge for the film makers.  How do you make a coherent film around a protagonist that suffers from extreme short term memory loss?

The film begins with Dory attending class with a school of fish where she experiences a sudden memory flashback involving her estranged parents.  The hazy glimpse into her past gives Dory some tantalizing clues to their whereabouts.  She remembers brief snippets of advice on what to do if they get separated.  Tiny details about the location of her home.  Something to do with a place named ‘the Jewel of Morro bay’.  Consumed with the urge to reunite with her mom and dad, Dory goes on a journey with her old friends Nemo and Marlin which leads her to an aquatic theme park in California.

As you’d expect, Dory’s terrible memory is her biggest obstacle to overcome as she struggles to recall details about her childhood that might help lead her to her parents.  Dory’s poor memory and compulsion to swim headlong into danger without any sense of self preservation is the conduit for a number of the film’s incredible set pieces.  These continue to ramp up in scale and spectacle until the film’s breath taking final act which resembles a Michael Bay movie (no, really).  Who knew three fish and an octopus could cause so much mayhem? 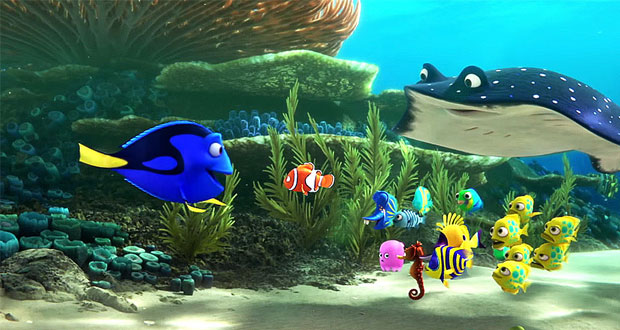 There is plenty to take in and enjoy with Finding Dory.  It already has a well-established and beloved cast of characters who I think audiences will quickly warm to once more.  Ellen Degeneres expressive and earnest voice acting performance as Dory really draws the audience into the story and there are some moments on the journey where Dory gets frustrated with her shortcomings and despairs at the thought of not seeing her parents again that give the film an emotional heft I wasn’t expecting.

Ever since Toy Story was produced back in 1995 as the first feature length computer animated film, Pixar have been at the forefront of computer effects and animation, and their technical mastery shines once more with Finding Dory.  One of the film’s most stunning achievements in animation is the neurotic, seven-legged octopus Hank.  Hank (appropriately voiced by Ed O’Neill) is a resident of the aquarium in California who agrees to help Dory reunite with her parents in exchange for an ID tag that will help him get transferred to a marine park in Cleveland.  The job of helping Dory infiltrate the aquarium, which involves transportation between water and dry land, leads to some beautifully rendered scenes with Hank stealthily navigating his way around.  These sequences are a triumph of animation as Hanks uses all seven of his tentacles to scamper, crawl, climb and swim around the park, ever mindful of dodging human contact.

Finding Dory is an extremely self-assured Pixar production.  The film is a visual feast.  The characters are charming and likeable.  The jokes hit the mark.  The emotional beats tug on the heart strings.  It’s pretty much everything you could ask of a summer blockbuster film.

Summary : Consistently funny and surprisingly moving, Finding Dory is a worthy successor to Finding Nemo. The animation for Hank the octopus is a marvel of modern computer effects.