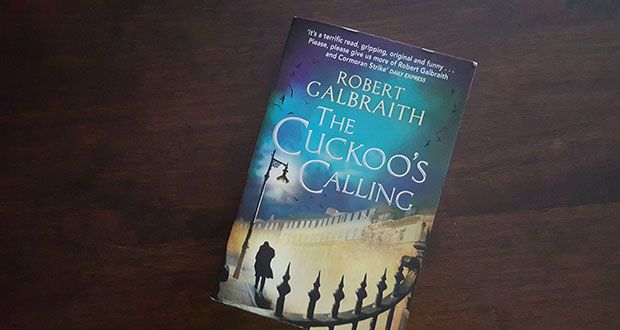 “Though Robin Ellacott’s twenty five years of life had seen their moments of drama and incident, she had never woken up in the certain knowledge that she would remember the coming day for as long as she lived.”

Up to that point, the book had sold just 1,400 copies.  Once the true authorship of The Cuckoo’s Calling was revealed, sales shot up by over 4,000%.  The revelation that Rowling had written the book appeared to have come sooner that the author had hoped for.  She said of writing as Galbraith that it was “such a liberating experience… It has been wonderful to publish without hype and expectation and pure pleasure to get feedback under a different name.”

As an unabashed fan of both Rowling and crime fiction, I was thrilled that such a book exists.  For me, it’s a far more enticing literary curiousity than a second Harper Lee novel.  How does Rowling’s prose differ when she writes under assumed anonymity?  What new ideas does she bring to the well worn literary trope of the gumshoe detective?  Given that The Cuckoo’s Calling is written purely as a passion project, what themes had Rowling been longing to write about?

Unlike the disappointment I had with Rowling’s scathing tome on class politics The Casual Vacancy, I found The Cuckoo’s Calling to be an absolute pleasure to read.  The story begins with the dubious suicide of Lula Landry, a 23 year old celebrity model who falls to her death from the balcony of her luxury apartment.  Not convinced with the coroner’s verdict of a suicide, Lula’s adopted brother John Bristow commissions Cormoran Strike – a one legged, bankrupt, heart broken war veteran turned private detective – to investigate Lula’s death.

On the same day that Cormoran inherits this lucrative case that keeps his business afloat, he takes on the services of the sharp witted and enthusiastic secretary Robin Ellacott.  Robin is the ying to Cormoran’s yang.  She has a devoted fiancee and a stable home life.  What they have in common is their keen intellect which becomes the foundation of their partnership as they attempt to solve the mystery behind Landry’s death. 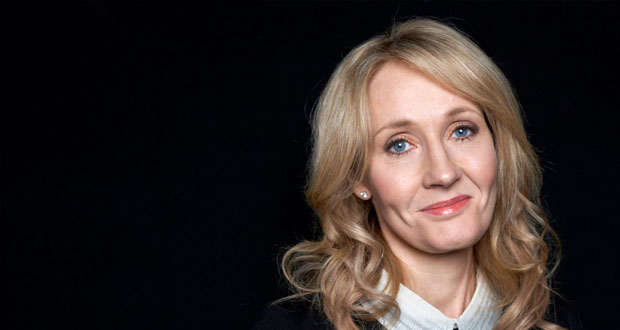 The Cuckoo’s Calling is a tale that is stuffed to the gills with diverse and interesting characters.  When I wrote about The Casual Vacancy, I remember thinking about how Rowling represents perhaps one of the planet’s most extraordinary rags-to-riches stories.  In adulthood she has lived ‘one paycheck away from homelessness’ but after the success of Harry Potter, she has become one of the wealthiest people in the world.  This extraordinary dichotomy, coupled with her flair for penmanship, gives her a unique and informed ability to create characters that represent both ends of the social spectrum – the desperately impoverished and obscenely rich.  Like the best storytellers, Rowling has a keen eye for detail and its the little behavioural traits and verbal tics of her characters that give them their authenticity.

Cormoran Strike’s investigation leads him to meetings with fashion moguls, wealthy socialites and celebrity artists.  Then, when he finishes interviewing them, he meets the people who work jobs on the fringes of the social elite.  The limo driver, the doorman of the luxury apartment, the sales clerk in the designer clothing store.  It’s the breadth and scope of the characters that really bring The Cuckoo’s Calling to life.  Where I found the book to be a cut above The Casual Vacancy is that it isn’t quite so pointed and nihilistic.  In The Casual Vacancy, it felt like every character had a skeleton in their closest, a demon they couldn’t shake or a destiny that would destroy them.  With The Cuckoo’s Calling, Rowling writes about characters like Guy Some, the fashion designer, and Kieran Kolovas-Jones, the driver, with a much greater sense of affection.

In what I believe is Rowling’s response to the social politics of modern Britain, there is a definite racial and multicultural undercurrent to The Cuckoo’s Calling.  Lula Landry is a woman of mixed ethnicity and although she is adopted by a wealthy Caucasian family, she strains her relationship with them by pursuing the identity of her biological father who is believed to be of African heritage.  Spotted near the scene of her death are two “unidentified black men wearing hoodies”.  And when Cormoran investigates Lula’s death, he begins to suspect that Rochelle Onifade, a homeless woman that Lula befriended, may be the key to solving the mystery.

By injecting modern day social commentary into The Cuckoo’s Calling, Rowling gives the crime fiction genre a shot in the arm.  It makes the narrative feel fresh, relevant and a cut above the usual motives involving inheritance money or a jilted lover.

The themes and characters not withstanding, Rowling sticks pretty closely to the framework of a typical murder mystery.  There’s a couple of red herrings, a brush with death and then ultimately a denouement where a killer is revealed.  The final revelation is a corker, rivalling some of Agatha Christies best works, in uncovering a murderer whose motive and methods are surely close to impossible for the reader to guess.  To be honest, it strains credulity but I enjoyed the journey so much I didn’t much care.

I think Rowling has a really gem on her hands with the pair of Cormoran Strike and Robin Ellacott.  I found them to be entertaining, funny and enjoyable company.  I think Rowling thought so too as she wrote a second novel The Silkworm last year and a third is on the way in October.

The trials and tribulations of Iraq vet Cormoran Strike will never match the level of fame enjoyed by the boy wizard but they’re a great read all the same.  Here’s to many more unexplained deaths and unsolved mysteries being thrown his way.