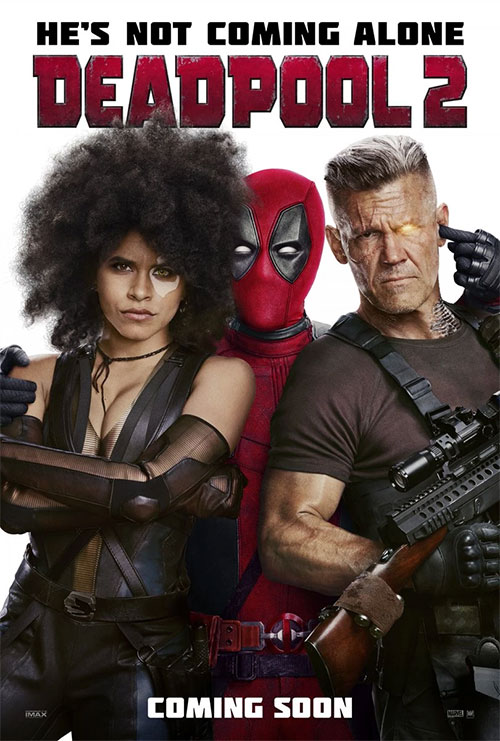 The Merc with the Mouth is back.

Deadpool 2 opens in a rather bleak fashion with Deadpool’s girlfriend Vanessa getting assassinated at the start of the film.  Wade Wilson attempts to commit suicide using explosives (!) but he is unsuccessful.  He is depressed and without Vanessa, lacks a sense of purpose.

To help Deadpool find himself, Colossus and Negasonic Teenage Warhead team up with him as they become involved in a battle to stop a cybernetic warrior from the future named Cable (Josh Brolin) who has travelled back in time to kill Firefist (the kid from Hunt For The Wilder People), a boy who grows up to eventually kill Cable’s family.

Things get complicated.  Both Deadpool and Firefist get sent to a maximum security prison.  Deadpool forms the X-Force.  The Juggernaut gets involved at some stage.  The usual R-Rated gags and antics follow. 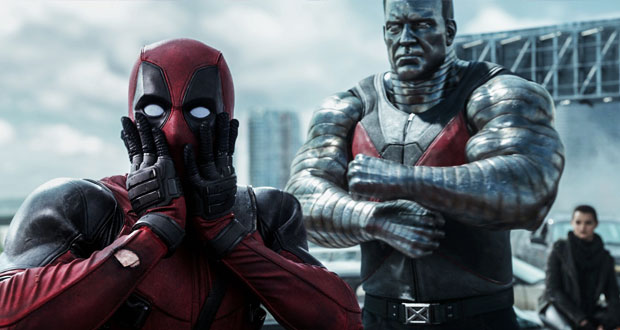 I was surprised by how much I enjoyed Deadpool 2.  I thought the first film was okay but this one had me laughing out loud in the cinema a lot more, despite the humour being more or else of the same ilk.  Maybe it was just the mood I was in on the day.  It might just be that I found Deadpool’s constant jokes at the expensive of the horrifically mismanaged DC Universe films particularly funny.  It’s low hanging fruit.  It’s kicking a guy when he’s down.  But I think because DC are such an easy target at the moment, I found Deadpool’s cheap one liners at their expense hilarious.

There’s also a sequence in which Deadpool’s new X-Force team start their first mission together by sky diving out of a plane that really got me.

Marvel and Fox have really hit gold with the Deadpool films.  Whilst they will never compete with the Avengers films at the box office, they are breaking records in their own right and re-writing the rules for what an R-Rated film can earn.  And it reflects with their understanding of what makes the character appealing and a willingness to poke fun at themselves, the super hero genre and never take anything too seriously.

It’s possible however, that temptation may get the better of the studio execs.  These films work precisely because of the R-Rated humour and over the top violence.  But this Christmas, a PG-rated version of Deadpool 2 will be hitting cinemas.  If it is a hit with the younger crowd, I think its likely that Deadpool 3 could end up being a PG production.  Which would be a terrible shame.  If we’re going to have a million super hero films every year, there needs to be more to distinguish them and Deadpool has carved out a great little niche for itself.

One last thing.  Every super hero movie has a post-credit scene.  Deadpool 2 probably has the best of the lot.  Don’t miss it.

Foul-mouthed mutant mercenary Wade Wilson (AKA. Deadpool), brings together a team of fellow mutant rogues to protect a young boy with supernatural abilities from the brutal, time-traveling cyborg, Cable.

Summary : Consistently funny and it well and truly makes the most of that R-rating. If we're going to have a million super hero movies a year, its nice that Deadpool is one of them.