Twelve Years A Slave is an adaptation of the memoirs of Solomon Norfolk, a free black man who lives in New York in 1841.  Solomon (played by Chiwetel Ejiofor) is educated, has a wife and two kids and is skilled at carpentry and the fiddle.

One day, he takes on some freelance work in Washington D.C offered by two strangers who invite him to spend a fortnight with a travelling circus.  Once in D.C, the strangers drug Solomon over dinner and sell him into slavery.  He wakes up in chains, is given the identity of “Platt”, a runaway slave from Alabama, and is sold off to the highest bidder.

The rest of the film spans the brutal twelve years of slavery than Solomon endures.  He is sold to two different owners and experiences unimaginable physical and emotional hardship.

His first master is a planatation owner named Ford (played by Benedict Cumberbatch).  Compared to most slave owners, Ford is relatively benign and treats his slaves without cruelty.  He outsources the harsh treatment to his foreman Tibeats.  Although Ford doesn’t exhibit the worst kind of behavior we’ll see in the film, he is perhaps one of the most aggrevating people to the viewer because of how appallingly complicit he and his wife are to slave culture.  His wife’s attempt at consoling a distraught mother who has been seperated from her children is to tell them that “she’ll soon forget them anyway”.  Ford quickly recognizes Solomon’s talents as an engineer but when Tibeats becomes enraged at this favourable treatment, Ford spares Solomon from death but ignores his pleas to return him to New York.  Ultimately, he does enough to assuage his own guilt but will not act to free Solomon. 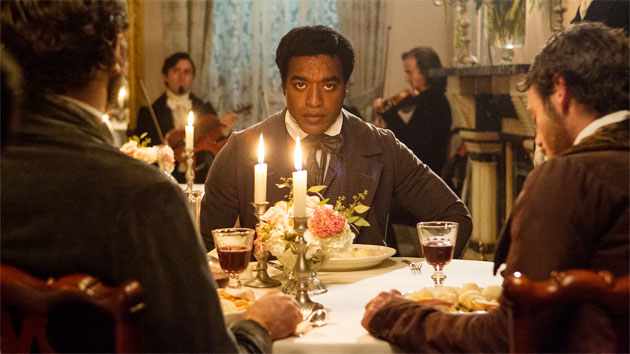 Solomon is sold on to the psychotic Edwin Epps (played by Michael Fassbender) and his vindictive wife Mary Epps.  Epps thrives on breaking the will of his slaves and has the poorest workers in the cotton fields flogged on a daily basis.  He becomes attracted to his hardest worker Patsey which he is unable to hide from his wife.  If there is one thing worse than being a man sold into slavery, it is the life of the slave women.  As the unwanted thorn in the marriage of Edwin and Mary, Patsey becomes the target of both their malice and brutality.  The endless cycle of abuse that Patsey endures accounts for the most heartbreaking moments in the film.

Twelves Years A Slave is a difficult film to watch, yet it handles its challenging subject matter with a deft hand, never exploiting its violence for melodrama.  There are moments of quiet reflection from both the slaves and their masters that also provide some valuable insight into how people coped with and normalized the culture of slavery.

Some of the slaves despair at the hopelessness of their plight and willfully rebel against their masters, hoping to impose a quicker death upon themselves.  Many contemplate suicide.  Others, such as Solomon, try everything they can to escape – reasoning with their masters or plotting an escape. 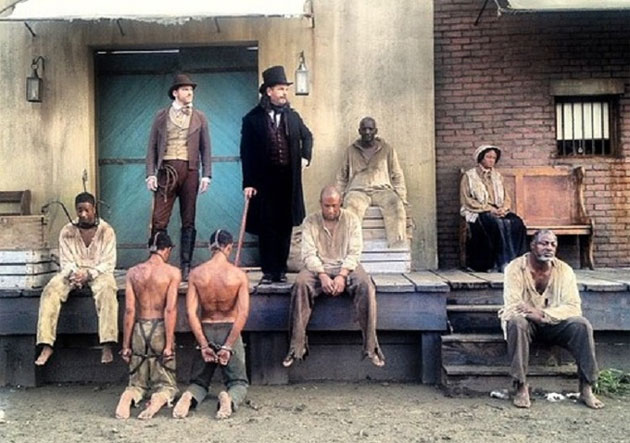 We see some of the women try to minimize the harm that come to them by sleeping with foremen or plantations owners to gain favourable treatment.  Meanwhile, the children in the cotton fields simply become desensitized to the violence over time.  There is an incredible scene in which Solomon is hung by a noose and left to strangle to death in a paddock.  In the background, some children run around playing together, oblivious to his situation.

Even the nature of Solomon’s eventual escape shows how curious the laws of slavery were and how they operated in Nineteenth Century America.  Solomon finds a sympathetic ear from a contract labourer named Bass.  Even though Bass would eventually help liberate Solomon, the slave culture and treatment of black people is so entrenched that Bass still refers to Solomon as a nigger.

Stranger still, when Bass is able to verify Solomon’s papers that prove his freedom, a local sheriff visits Epps’ plantation and after a quick line of questioning that validates Solomon’s story, he is immediately granted his freedom, despite the protestations of Epps.  It is as though slavery is all good and well but the authorities act with even greater vigour and determination when there’s the horrifying prospect of a beaurocratic oversight with ‘freedom papers’.

Director Steve McQueen has already made two fine feature length films (Hunger and Shame) but this is arguably his best work to date.  Twelve Years A Slave is shot beautifully, has exceptionally strong performances from its cast and addresses a subject matter that American film makers have rarely ventured into.  The centrepiece of the film is Chiwetel Ejiofor’s fine performance which calls on him to be brave, to despair, to grovel, to beg, to fight back and to weep.  In every scene he exudes the right amounts of fear, vulnerability and guile.  He is never anything less than completely convincing.

Twelve Years A Slave is an emotionally taxing and gut wrenching tale of one man out of millions of enslaved people during an awful period in American history.  Despite the horrific nature of the story he is still ultimately one of the ‘lucky ones’ – the rare few who found their freedom.  Considering his memoir which details his harrowing and extraordinary story, how he spent the rest of his days campaigning and doing work for the rights of African Americans, its strange to think that Solomon Norfolk is not a household name in a country that is so good at lionizing their civil rights leaders.  It’d be an admirable legacy to Steve McQueen’s film if it could help start to change that.

Summary : Brutal, gut wrenching and heart breaking. If you see it, it will leave an impression.