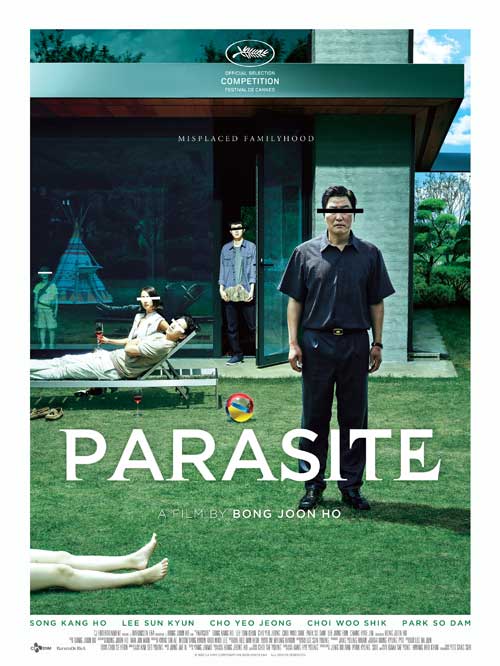 After the credits rolled on Parasite, I was ready to start over and watch it all again.

Parasite made headlines in May this year when it won the Palme d’Or at the Cannes Film Festival, making Bong the first Korean director to win the accolade.  It was a unanimous vote from the jurors and they got it dead right.  Parasite is Bong’s magnum opus and it is best film you can see in 2019.

The film tells the story of the Kim family – Kim Ki-taek, his wife Choong-sook, his daughter Ki-jeong and son Ki-woo.  The entire family is unemployed and live in a basement dwelling that brings with it the indignity of being literally pissed upon when drunken office workers stumble home at night after having a few too many.  Ki-taek tries to make the best of this miserable existence with a cheery, sardonic disposition.  When a fumigator sprays pesticide directly into their dwelling, he cheerfully remarks that it will kill the ‘stinkbugs’ that infest their home.

The Kims need a big score to lift them out of poverty and opportunity comes knocking when Ki-woo’s friend Min-hyuk stops by to visit.  He explains to Ki-woo that he is travelling abroad and he would like Ki-woo to step into his job tutoring English to the youngest daughter of the fabulously wealthy Park family.  When Ki-woo convinces Mrs Park of his talents as an English tutor, he quickly spots an opportunity to get work for his sister Ki-jeong by passing her off as a talented ‘art therapist’ who can tutor Da-song, the youngest Park family member.  Ki-woo and Ki-joeng then trick the Parks into hiring their parents.  Ki-taek gets employed as a chauffeur to Mr Park when they frame the previous driver as a sex pest which leads to him getting fired.  Then they convince the Parks to let go of the family maid Moon-kwang and replace her with Choong-sook.  All four Kims end up employed by the Parks who are completely unaware that they are all related.

But the deception turns out to be less than perfect and some loose ends involving the fired help threatens to unravel the Kim’s plans. 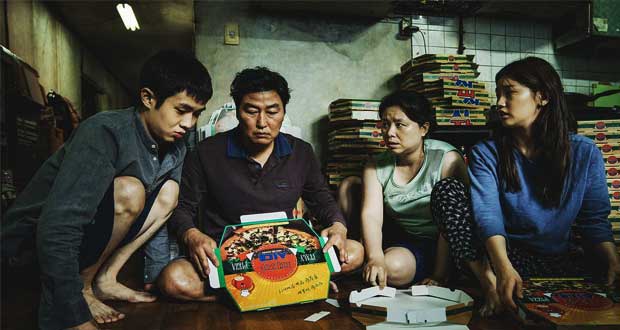 Parasite is a film that trades in some pretty gloomy subject matter but it is never less than a joy to watch thanks to Bong’s marvellous flair for dialogue and characterisation.  I found myself very attached to all four members of the Kim family.  They are cheats and con-artists but they feel like our cheats and con-artists.  Despite living in desperate poverty, they exude an admirable warmth and positivity towards one another, and show extraordinary gumption as they cheerily go about deceiving the Parks.

Part of the drama that sets in over the course of the film is that the Park family aren’t outwardly awful people.  They are just awfully rich.  And staggeringly privileged.  The Parks are never seen to exhibit outright contempt towards their house servants but there are some absolutely gut-wrenching moments such as when Mr Park complains to his wife about the smell of Ki-taek and people like him (who he described as ‘Subway people’), unaware that Ki-taek is hearing every word.  There is some absolutely cutting social commentary in this film about the widening gap between the wealthy and the poor that has clearly resonated with audiences around the world.  Some of Parasite‘s allegories are very on the nose – in this film the fortunes of the super wealthy are quite literally built on a foundation of poverty.

The construct of the film’s narrative is exquisite.  Once the initial deception by the Kims is established, there is one twist after another.  Each new complication shifts the balance of power and keeps the audience guessing who is actually playing who.  It is suspenseful storytelling to the rival the very best Alfred Hitchcock films.  Parasite is also a masterful amalgamation of many genres.  It is at once an outstanding family drama, black comedy and suspenseful thriller. 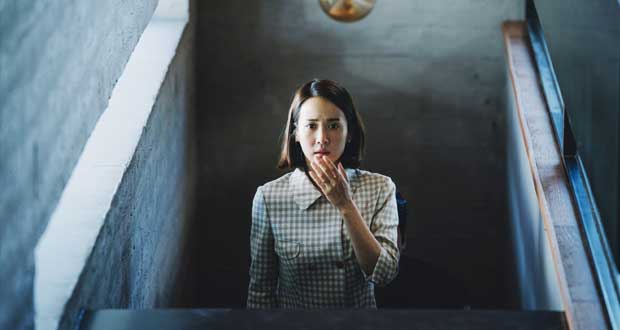 Parasite is an embarrassment of cinematic riches.  Not only is the film spoiled with an intricate screenplay and fine all round acting performances, it is also very handsomely shot, with eye-catching cinematography that elevates the look and feel of the film to that of a modern urban fairy tale.  Without ever being too showy or distracting, the camera-work gives Parasite a certain mythic quality, despite the contemporary trappings.

Films of this quality are generally labours of love that take a long time to come to fruition.  In interviews, Bong has stated that Parasite was roughly four to five years in the making.  But in a serendipitous twist, not only is the final product an outstanding one, Parasite also feels like an incredibly timely film, capturing perfectly the mood and sentiments of audiences worldwide.  There’s a scene in the film where a character mimmicks a North Korean news presenter announcing a nuclear attack on South Korea.  Everything about it – the gallows humour, the bleakness of what is being described – feels exactly as it should in 2019.  Parasite is not just a great film, it is a film that is very much of our time.

I was absolutely taken with Parasite.  It felt special right from the word go.  I loved the direct and darkly humorous way it skewers capitalism and classism, through the lens of this droll, opportunistic family.  I’ve admired Joon-ho Bong’s films ever since I saw the brilliant (and also politically-charged) monster movie The Host back in 2006.  But this is the one.  He’s made other great films like Snowpiercer.  He’ll make more great movies in the future I’m sure.  But I’d be surprised if anything else he does comes together as beautifully as it does with Parasite.

All unemployed, Ki-taek’s family takes peculiar interest in the wealthy and glamorous Parks for their livelihood until they get entangled in an unexpected incident.

Summary : A wonderful work of satire, Parasite is the perfect blend of family drama and black comedy. Joon-ho Bong's greatest work to date.

Previous: The Legend of Zelda: Link’s Awakening
Next: Toy Story 4 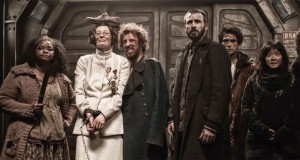