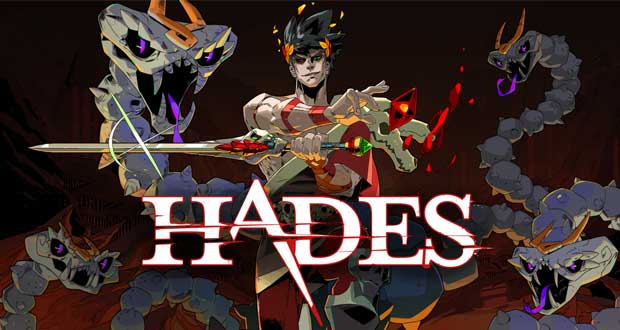 For Zagreus, son of Hades, life is hell.  Literally.

Born and seemingly trapped in the Underworld for eternity, Zagreus embarks on a quest to escape the realm.  His disapproving father Hades hinders his progress by setting the minions of the Underworld upon him.  Death for Zagreus simply returns him to his home momentarily before he goes again.

As the story unfolds, we learn that Zagreus had discovered that the woman he believed to be his mother Nyx, is in fact his adoptive mother.  He desperately wishes to be united with his birth mother Persephone, who he has never met.

Although Hades sets obstacle after obstacle to prevent his son’s escape, Zagreus is aided by the Gods of Olympus who give him boons and Achilles, who provides him with weapons. 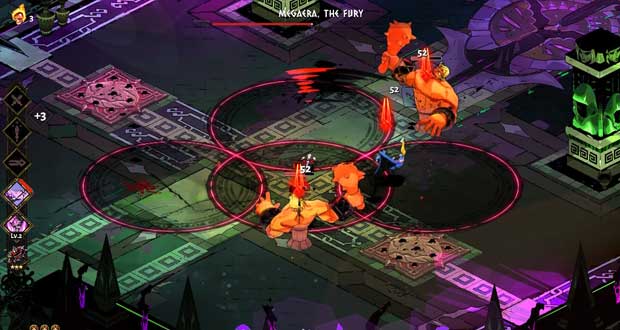 Hades is the fourth game from renowned indie games studio Supergiant Games and arguably one of their finest yet.  The developer made a name for themselves a decade ago with the excellent isometric action-RPG Bastion.  They’ve since refused to allow themselves to be pigeon-holed in any one genre, creating follow up titles as diverse as Transistor (a turn-based strategy game) and Pyre (I can’t really think of a way to describe this other than a fantasy NBA Jam RPG).  If there was a through-line that linked the games so far, it would be the incredibly polished art style and overall production games and strong focus on delivering engaging characters and story.

Although not every one of these titles hit the mark for me (loved Bastion, didn’t finish Pyre), I always admired Supergiant Games’ ambition and I think with Hades, this is their most ambitious game to date and it will likely end up being their most popular.

For the first time in their history, Supergiant Games decided to develop their game – a rogue-like dungeon crawler centered on Greek mythology – via Early Access on PC, launching Hades in conjunction with the start of the Epic Game Store.  This extra development time and ability to source player feedback has paid off in the release of their final product.  Hades is a very accessible and highly enjoyable dungeon crawler.  For seasoned fans of the rogue-like genre, Hades is a sure-fire crowd pleaser with plenty of depth in the play mechanics to keep you coming back.  In additional to randomized perks called Boons which make each run feel fresh, there are a whopping EIGHT different weapons to learn.

The loop in the game is working your way through the randomized levels in the Underworld (of which there are five) and upon each death, returning home where you can converse with Hades and various Olympians (which push forward the narrative and unlock new content) and then spend your various currency on permanent upgrades to your character as well as some cosmetic stuff for your surroundings.

I’m not normally the biggest fan of rogue-likes as even the best in the genre tend to either be too difficult for me or have a threadbare narrative which eventually causes me to drop off.  Hades is the exception to the rule as it excels in just about every way you’d want it to.  The learning curve is demanding but never feels unfair.  It always feels like you’re learning and progressing further.  And as the blossoming online community will tell you, the game is packed with charm and charisma in the form of the various Olympian deities who add plenty of life and entertainment to the dungeon crawling grind.

All of this is a long roundabout way of saying that once Hades gets its hooks into you, you’ll inevitably begins to lose hours to the game and ‘just one more go’ begins to set in.  For players who make the time and fall down that rabbit hole, one of the most engaging and cleverly told narratives of any video game this year is there to be enjoyed.

Zagreus, Prince of the Underworld, longs to escape to Mount Olympus, so he can find his birth mother Persephone.

Summary : Even if you're not a fan of rogue-likes, Hades is an easy recommendation. It is highly addictive, full of great characters and has a fantasy story.

Previous: Borat Subsequent Moviefilm
Next: David Attenborough: A Life On Our Planet