With all this time spent on holiday in Scotland, catching up with friends back in Brisbane and going back to work where I’ve got to prep for a week of back-to-back conferences, who has time for video games?

I finally found myself with a couple of hours spare tonight to sit down and get stuck into some games that I got around my birthday a couple of months ago. 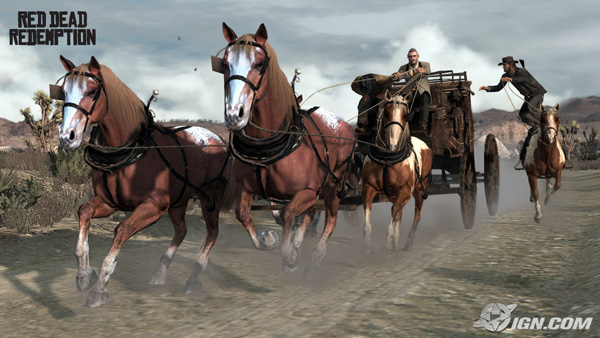 Firstly, lets talk Red Dead Redemption.  A game set in the dying days of the Old West, just as America is about to undergo an age of industrialization.  The game does an incredible job of recreating a living, breathing world set in this era.  You can play poker at a bar, round up cattle at the ranch and go hunting for outlaws – sometimes to further the story, sometimes not.  In fact, I wonder if the game doesn’t maybe do too good of a job at this.  I’ve sunk about seven hours into this game and I haven’t really done much more than work as a ranch hand and messed around town playing cards.  While this does a terrific job in encapturing the pace of life in the Old West, it doesn’t really make me feel like I’m getting anywhere close to completing the story.  Hell the story hasn’t even really started.  Much like reading books, I always prefer to stick to a single game and see it through to completion before starting anything else but I felt like if I did this, then I’d be getting left behind the glut of excellent games that are shortly about to hit the market.  I’d also been dying to get a chance to play Alan Wake which Jen got me for my birthday.  So for now, I’m going to put down and come back to Red Dead later. 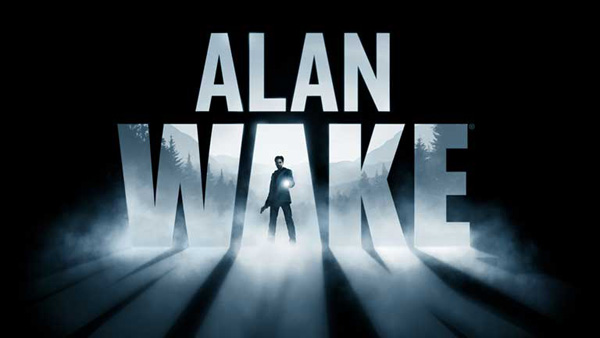 Alan Wake is a game that I’ve been waiting four years to play.  This game has been a looong time in the making.  In fact, there were trailers circulating for it at the launch of the Xbox 360 and it was the promise of this title that made Jen interested in picking up a 360 back in 2006.  Wearing its influences on its sleeve proudly, this game is a hodge podge of Twin Peaks, Stephen King horror novels and The X-Files all rolled into one.  So how is it?

My initial impressions weren’t that great.  I had read a lot about the criticisms of the game that certainly hold true.  For a game aspiring to create a cinematic feel, its a strange design choice to couch the screen with a lot of visual baggage.  There’s a health meter, a navigation radar and a big fat line of text directing you where to go.  It’s initially quite difficult to immerse yourself in the suspenseful set pieces that Alan Wake strives for when ‘REACH THE GAS STATION’ is permanently stamped on the screen. 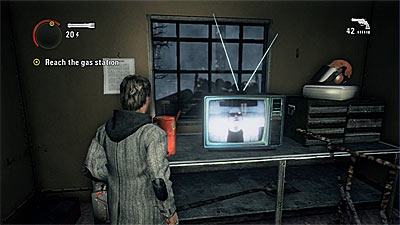 Alan Wake: too much crap on the screen

Also, Wake’s voiceovers feels intrusive, offering little other than to state the bleeding obvious.  In the opening chapter, he is attacked by an axe-wielding madman who attempts to chop down the door he is locked behind. ‘This is just like Nicholson in The Shining!’  We got the reference thanks, Alan.

However, slowly but surely, I found myself getting used to the game’s presentation and began losing myself in the story also.  Its the sort of thing I can really sink my teeth into, particularly having just finished reading Under the Dome not long ago and being in the mood for more Stephen King style storytelling.  What definitely works in the game’s favour is the fantastic lighting which is dynamic and fills the forests of Bright Falls with a great sense of foreboding.  Also, the decision to use a soundtrack with artists such as Nick Cave and the Bad Seeds and Roy Orbison pays off handsomely.  In fact, the audio in general is excellent.  The game has some wonderfully creepy ambient sounds that really does begin to fray at your nerves.

I also like the television style pacing of the cutscenes and the episodic format that breaks up each chapter.  Every chapter from the second onwards also includes a brief ‘Previously on Alan Wake’ highlight reel of the story so far which is well put together.

So while its not without its annoyances, there is still plenty to like here.  I look forward to playing more and seeing how the story unfolds. 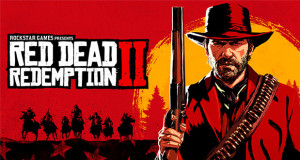