Last night, before Brisbane got demolished by Stormageddon, I went to the cinema and saw Tangled.  When the trailers for the film were being aired in December, Jen pointed out to me that the character Flynn had a bit of a resemblance to Matt.  It became one of those annoying things that I couldn’t unsee when I watched the film itself. 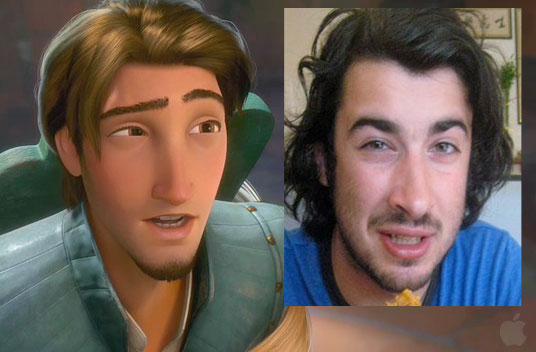 It reminded me of a few years ago when Dan pointed out that a certain character in Final Fantasy XII was pretty much an Anime version of Pat.