I don’t quite know how this happened but its April 2011 and I’ve only written a couple of blogs about video games.  I’ve got a huge backlog of stuff I want to write about.  Xbox Kinect.  Xbox Live Arcade games.  Nintendo 3DS.  iPhone Games.  Now is a good a time as any to start getting stuck into it.

This week, I want to write in particular about two franchises:  Mass Effect and Yakuza.  Both are strong character driven games and I always welcome the opportunity to revisit these game worlds and play through the latest adventures of Commander Shepard of the SSV Normandy (Mass Effect) and Kazuma Kiryu (Yazkua), a retired crime lord in Tokyo. 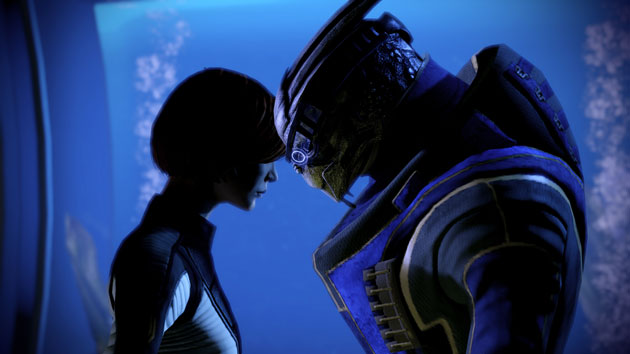 Mass Effect, a Western production from BioWare, is a franchise that originated during the current generation of game consoles, debuting originally on the Xbox 360 in 2007.  This series of games (planned to be a trilogy) is a sci-fi space opera that draws influence from Star Wars, Blade Runner, Aliens and other films of that era.  Its an action-adventure game that has high quality production values and game design that emphasises a personalised experience where the player is free to make their own choices including who they ally themselves with and how they choose to talk and act during key plot points of the story.  Ambitiously, the designers let you take the same character you created and played as in the original game and carry them over to future instalments where any choices you made in the previous games have ramifications on what happens next.

It’s easy to see the appeal of a game like this.  It is an absolute blast to play through a story that has the epic scope of a Star Wars trilogy but with your own personalized Luke Skywalker to control.  The Commander Shepard I created for my story is a red-headed female who sort of looks like Gillian Anderson.  I’ve played her character as a sociable and indiscriminating leader who befriends a wide assortment of alien races.  Although driven and ambitious, she is also a compassionate person who would jeopardise the success of a mission to save as many lives as possible.  She is also a lusty nymphomaniac.

It’s fun to play as this character and although I initially found myself projecting my own choices onto some of the game’s trickier moral dilemmas, after a while I found it more fun going against my natural inclination when I felt it suited the Commander Shepard character better or it added an interesting dimension to the story.  It also becomes apparent that much of the game design is built around the illusion of choice.  I don’t believe its possible to have as diverse a range of outcomes in the story compared to, say, Heavy Rain, but as long as the experience remains engaging then I don’t really mind. 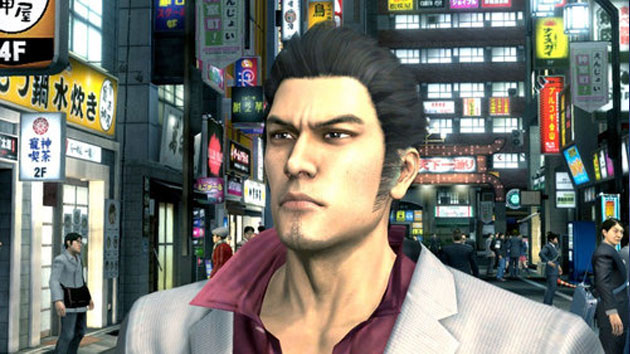 Comparatively, the Yakuza series (Ryu Ga Gotoku in Japan), first created and published by Sega in 2005, is a more traditional Japanese action RPG.  The central character in the game is Kazuma Kiryu, a Japanese yakuza who we first meet after he completes a ten year prison sentence.  Kazuma is middle aged, well dressed and softly spoken.  When provoked however, he becomes an unstoppable ass kicking machine.  In four games spanning six years, I have yet to tire of controlling Kazuma and beating up on endless no-name yakuza goons.

What appeals to me about the Yakuza franchise is that creator Toshihiro Nagoshi has taken the basic framework of many arcade fighting games (think Streets of Rage, Fatal Fury), dressed it up in a contemporary game world and used that to tell a compelling crime story.  Although the gameplay is familiar, very few games offer the experience that Yakuza does.  The game is a terrific insight for outsiders to learn about both Japanese crime culture and city life in Tokyo itself.  Nagoshi has a wonderful eye for detail and there are literally hundreds of real world products and stores in the game.  On a personal note, I love that Nagoshi carried over his love of single malt whisky into the game where not only does he use real life brands but he includes short descriptors critiquing the products too.  A man after my own heart.

Over the course of four games, a formula emerges.  In the beginning, Kazuma will meet with other impeccably well-dressed crime lords, sit down and have a smoke or a whisky while they discuss business.  Money laundering, property deals, rival gangs, that sort of thing.  Eventually, there will be a disagreement at which point both parties take off their jackets revealing enourmous, detailed tattoos on their backs.  Then they fight!  This is repeated several times throughout the story and is occasionally broken up by something spectacular like Kazuma fighting two tigers or a recreation of the Kill Bill Crazy 88 fight scene where he battles 100 people at once.  Then, at the end of every game, Kazuma goes to the top floor of the Millenium Tower building where he discovers the real villain who was pulling the strings all along, kills them in the face and the building blows up.  It’s a wonderful formula and I hope they never change it.

Kazuma Kiryu and Commander Shepard have become two of my favourite video characters to play over the past few years.  One of them is a character whose appearance and actions I have tailored to my own tastes.  The other is a character who I didn’t design but he has amazing tailored suits and punches a lot of rival criminals in the face.  I’m currently playing as these two entertaining video game protagonists in Mass Effect 2: The Arival and Yakuza 4.  My reviews of these two games will be appearing soon.