Music in 2011 was good. like really freaking good. this is a list of the stuff i heard and liked. it’s pretty punk heavy this year but hopefully there’ll be something on this list you will enjoy.

so without further ado, here goes:

In no particular order… 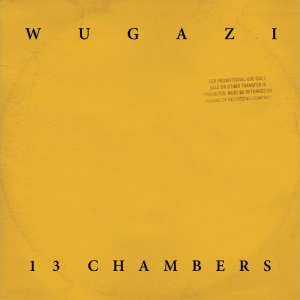 Wugazi – 13 Chambers. I’m not sure whether the idea to merge the hip-hop stylings of the Wu-Tang Clan and proto-emo jams of Fugazi came about in a moment of madness or pure unbridled genius but 2011’s musical landscape was all the better for it nonetheless. Painstakingly crafted over a number of years by members of the Minneapolis, MN based Doomtree Collective, the amount of care that was placed into selecting the tracks (from the some of the most popular to far rarer, unexpected tunes) for this mash-up album really shines through and works on a level that’s pretty freaking mind-bending when you consider the disparate nature of the source material. 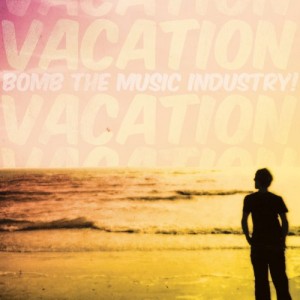 Bomb The Music Industry! – Vacation. Jeff Rosenstock and his collective of vehemently DIY drunkards have always held a special place close to my heart – there’s a strange knack that BTMI! songs have in being able strike a chord that speaks directly to the person i am at the particular time and place of listening. This record is no different, in fact Vacation is the glorious culmination of everything that has come before. it’s equal parts hectic, earnest, hopeful, honest, moving and so goddamn fun it’ll make you uncomfortable. Easily my favourite summer record of the year and it’s available for donation-based download from the band’s own label. 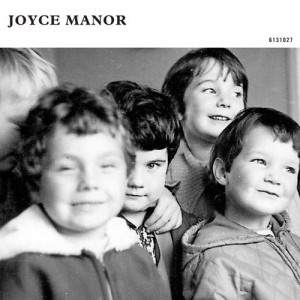 Joyce Manor – Joyce Manor. One of my favourite records from 2010 was a 4-song demo released by this Santa Barbara, CA based quartet. It showed a ridiculous amount of promise for a band that was criminally too young to be this good. Their debut full-length dropped in January and it made that demo look like the shitty basement recording it should have originally been. With improved production values that still managed to capture the desperate earnestness of a band that at times recalls an early Jawbreaker, right out of the gate there was never any doubt that this record wasn’t going to end up on this list. 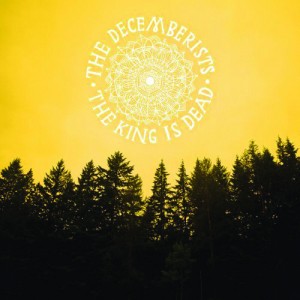 The Decemberists – The King Is Dead. After what I (and I believe many others) considered to be the unfettered, messy disaster of 2009’s “rock opera” The Hazards Love, I have this pet theory that lead singer (and band mastermind) Colin Meloy sat down and said something along the lines of “Fuck it, you bastards want me to write a record that’s going to destroy anything else out there? Fine. And just to fuck with you even more i’m going to make it Country.” Whether this theory is true or not is moot, this is exactly what happened and now this shit is nominated for a Grammy. Oh fickle critics of music, don’t you ever dare cross The Decemberists again. 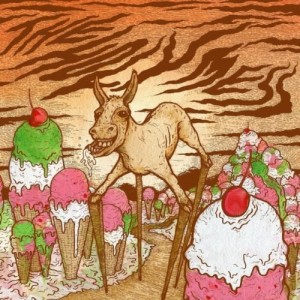 The Holy Mess – The Holy Mess. I make no qualms about it, I fucking love punk music and South Philadelphia’s The Holy Mess have put out the best straight-up punk record of 2011. What’s funny is that this self-titled release is actually a compilation of several previously released EPs with a few new songs thrown in for good measure but that’s ultimately beside the point. This is full of enough grit, puke and anthemic choruses that they don’t even need to put out a proper full length to make legions of other bands look bad. 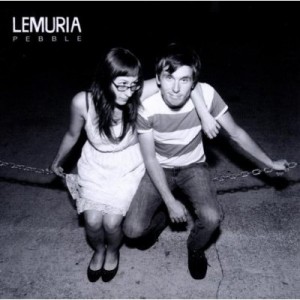 Lemuria – Pebble. Lemuria’s sophomore release sees the band at their tightest yet – honing their brand of quirky punk-tinged power-pop to a razor sharp edge. Produced by the stupidly awesome J. Robbins (Jets To Brazil, Against Me!, Clutch) the contrasting duality of their male/female vocalist set-up really shines through on this album with Sheena Ozzella’s voice remaining as bittersweet as ever whilst Alex Kerns’ monotone grumble hits fantastically just the right amounts of awkward. 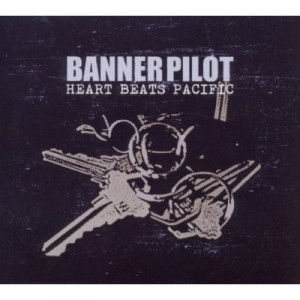 Banner Pilot – Heart Beats Pacific. On paper, Banner Pilot have no right to be as good as they are, they play mid-tempo, midwestern-punk songs about girls and drinking which are a dime a dozen in that genre. It seems, however, that through a combination of smarter-than-average lyricism & insanely catchy hooks this record manages to worm its way into your skull to the point where you catch yourself listening to it multiple times on repeat and neglecting everything else. 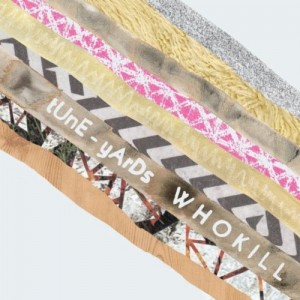 Tune-Yards – WHOKILL. Mixing vocal loops, saxophone and African rhythms this record is such a good fucking time. It’s groovy as all get up and the composition process these songs must have gone through blows my mind a little and piques the interest of my inner recording nerd. Normally this sort stuff is a little out of my comfort zone but it’s almost impossible to not want to get up and dance like you’re having a mild seizure when you put this album on. 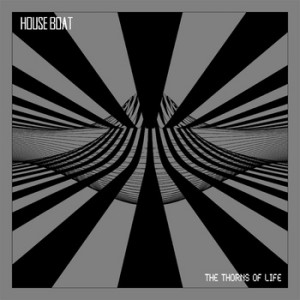 House Boat – The Thorns Of Life. The torch of snotty, down trodden & love lorn pop/punk that was carried by bands like Screeching Weasel & The Queers in the 90s has been squarely passed on to House Boat. Tongue-in-cheek to a tee, yet still honest and self-deprecating enough to make you stop and think about why you’re pushing thirty and passed out in a gutter at 6am with a half written txt msg to some girl that broke your heart. This would be hands-down my favourite record of the year if 2011 didn’t have so many other strong contenders. It does however win the prize for for best album cover/title, that shit is fucking genius. 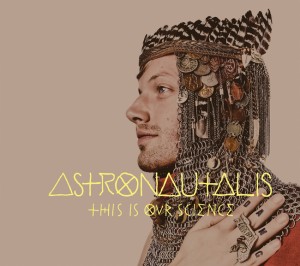 Astronautalis – This Is Our Science. I was very late to the party on Astronautalis having only discovered his sublime back catalogue a few short months before this record dropped. His unique brand of lo-fi indie hip-hop (think Eminem if he came up listening to Modest Mouse & Tom Waits instead of wanting to murder his wife) gets a decidedly more polished sound on his latest output but still manages to retain the honesty and thoughtfulness that sets him above so many watered down, bling-sporting modern day MCs. 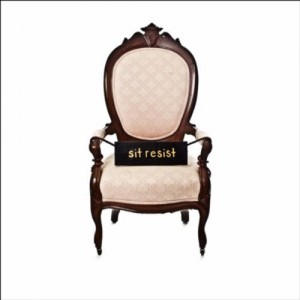 Laura Stevenson & The Cans – Sit Resist. Bomb The Music Industry! alumni Laura Stevenson has put out one of the finest records of the year. There’s no two ways about it, whether you’re into indie, country, folk, punk, whatever, you will enjoy this record on some level, it’s almost like it’s genetically ingrained in our DNA. Her voice is completely out of this world and the songwriting varies from intimate guitar-lead pieces to all out all out marching band-style bombasticness. 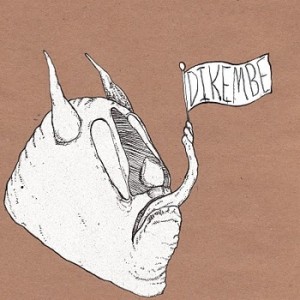 Dikembe – Chicago Bowls. There’s something of a renaissance currently brewing in the post-emo scene with bands like Dads & The World Is Beautiful Place And I Am No Longer Afraid To Die and newcomers (although they are all veterans from other bands in their own right) Dikembe are right at the heart of it. This 4-song EP has all the requisite levels of heartache, insecurity and angular instrumentation and has me super jazzed for their full length next year. 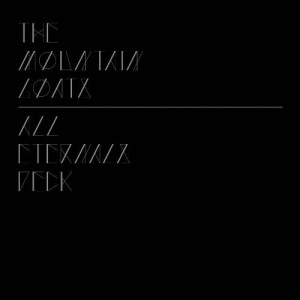 The Mountain Goats – All Eternals Deck. Anyone who’s interacted with me for more than about 15 seconds knows that I believe The Mountain Goats can do no wrong. In my mind, John Darnielle is one of the great storytellers of our generation and i’m stoked to see him backed up with a full band and rocking a little harder after the sombre (albeit still beautiful) tone of his previous output. The world would be remiss to ever pass on a record by this band. 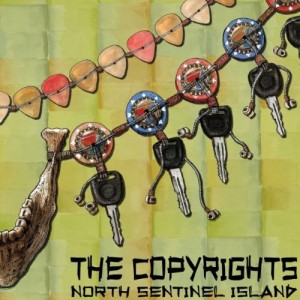 The Copyrights – North Sentinel Island. Pop/punk is normally disregarded as a fairly simplistic genre made up of power chords and catchy choruses. While to some extent this could be said of The Copyrights the beauty of this band lies in taking these tropes and subtly turning them on their head, be it an odd dissonant chord here or a beautifully executed mid-song fuck up there. North Sentinel Island is a concept record of sorts that deals with the issues of isolation, travel and moving on to hopefully something better all wrapped up some if their best sing-a-longs to date. 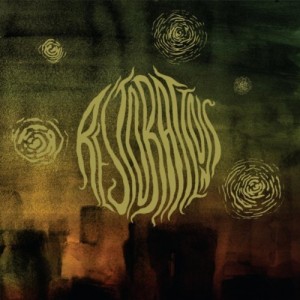 Restorations – Restorations. This is my favourite record of 2011. Had it come out last year it would have been my favourite record then too. Same with 2009 and so on and so on. I generally dislike writing about music that i feel strongly for because how do you describe an emotional reaction to something that’s coming from a place where the English lexicon doesn’t have a hope in hell of describing it? Restoration’s debut full length falls into that category for me. Their sound is often referred to as music for “grown-up punks” and while i can definitely see where that comes from i don’t fully agree – I genuinely believe that this album does a tremendous job of transcending traditional genres and labels and sits squarely in the realm of just good fucking music. Lead singer/guitarist Jon Loudon’s vocals are gruff and unsettlingly earnest at times and there is a beauty to the instrumentation that is at once cleverly complex yet doesn’t ever overstay its welcome. This record comes across like a group of friends forging out a new sound from the culmination of everything they’ve ever listened to before and presenting it to the listener in the most honest and unpretentious manner possible. Like i said, i can’t do this album justice in words it really is worth letting it speak for itself – there’s a full stream available for your auditory pleasure below.

so there you have it. there’s probably a bunch of stuff that flew under my radar that the people over at pitchfork or stereogum or whatever are pants-shitting themselves over. but this is the music for this year that resonated with me. i also made you all a little mixtape of a track from each of these which you can nab here. 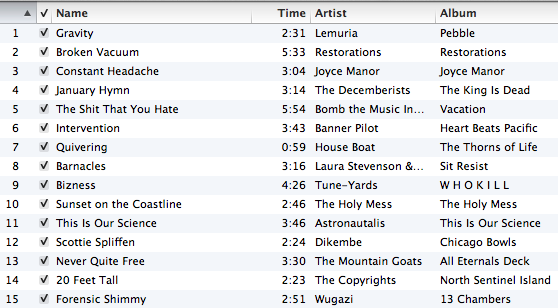 some of the records mentioned above are available as free or donation based downloads. Tiny Engines also has a full stream of the Restorations album up on their bandcamp which you should not hesitate to check out.