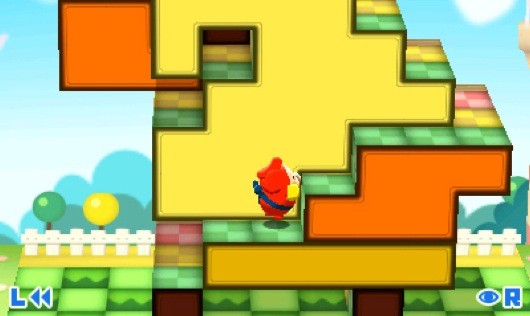 Digital distribution, whether its been on Apple’s App Store, Microsoft’s Xbox Live Arcade or Sony’s Playstation Network has become an increasingly important market for video gaming.  It’s home to some of the most popular games in the world (Angry Birds) and the cost-friendly nature of reaching out to potential gamers means that its become an avenue for some of the most creative and interesting experiences in the industry.  This year alone, I would expect Journey, Fez and Trials: Evolution to all be in contention during many fans and critics Game of the Year discussions.

Whats weird is that this revolution seems to have more or less passed Nintendo by.  Its remarkable since Nintendo is such a creative force in the industry and on paper the concept of creating playful bite-sized games that champion creativity sounds like it would be right up their alley.  And yet, for whatever reason, most of Nintendo’s Wii Ware and 3DS Online Store is filled with forgettable shovelware.  I have no idea why this is.

The lone gem in the Nintendo 3DS Online store at the moment is Pushmo, a quirky little puzzler that costs $5.  It has a simple push-pull mechanic where the player controls a fat little red guy who reshapes levels by dragging them into the background or out into the foreground so that he can hop to the top.  It’s an easy game to learn but for $5 you get an inexplicable large volume of levels.  I would guess there’s around 150+ here.  Given that some of the more challenging levels take around 5 minutes to finish, that is some incredible value for money.  Not only that, once you progress to a certain point in the game you can make and share your own custom levels.  There are many hours of enjoyment to had from Pushmo.

The game is an embarassment of riches.  It almost has too much content for $5.  And yet here it is.  The one good original digital download game on the Nintendo 3DS.  There is nothing promising on the horizon yet.  It remains to be seen if Nintendo will ever explore this avenue further.  This game offers just a tantalizing glimpse of what Nintendo could accomplish if they put their minds to it.

Summary : Surely one of the greatest value for money propositions since The Orange Box.